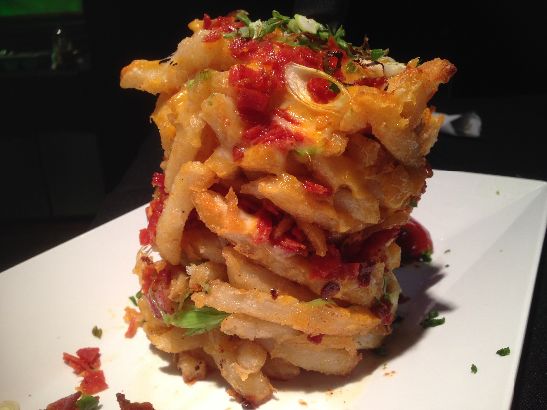 The Nyack Pour House has hired chef Brian Duffy, probably most recognizable from his role as one of the culinary experts on Spike TV’s Bar Rescue, to upgrade their menus.

Duffy’s new menu includes a number of burgers — including The New Yorker — which is stuffed with pastrami, kraut and American cheese then toppe with cole slaw. Plus there are wings available with a selection of new sauces (like the Jack Daniels Maple), entree-sized salads, BBQ and more. The arrival of Chef Duffy also includes their sourcing of produce from the Nyack Farmer’s Market and meats from a yet unnamed local purveyor.

In addition, The Pour House is upgrading their beer program with a large addition of domestic craft beers. This new addition has been dubbed “Taste of the States.” with selections from all 50 states in the union, overseen by beverage consultant Patrick Foley. Cocktails are also getting a mini-makover, with a number featuring fresh squeezed juices.