People are reading
You are at:Home»Restaurants»First Look»Bobby Q’s in Suffern: New on the Dining Scene 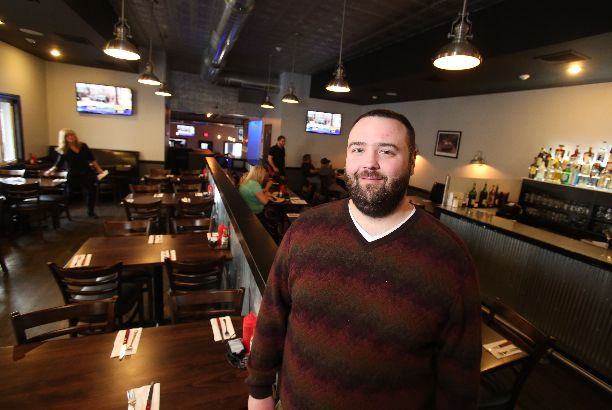 By Andrew Lampach. Read the story on lohud.com.

David “Fink” Finkelstein is back.

The restaurant and bar, which is in the former Ireland’s 32, opened in late February. The space has been renovated from top to bottom and has an old industrial feel. There’s room for 100 people, and 40 more in the bar area, and the walls were painted by local tattoo artist Kurt Stender.

One of the coolest parts of the new dinner menu: tableside service from a cart with a carving station of brisket and pit-roasted sirloin, plus prime rib on weekends. It’s a similar concept Finkelstein has used at his other restaurant, Fink’s Barbecue Smokehouse in Dumont, N.J. Diners can request what parts of the beef they want carved.

“If you’re lucky enough to get there early, and there are some burnt ends still left, you can get those,” says Finkelstein, who is a partner with father-and-son team Dan Quirk and Dan Quirk, Jr., and Bob Lax, for whom the restaurant is named.

Meats spend up to 10 hours in his Southern Pride smoker, which has a capacity of 500 pounds, and Fink uses a custom rub and sauce. He calls his style of barbecue “Metro-Q,” and notes that the flavor is more balanced than many regional styles: not as sour as Southern-style barbecue and not as sweet as the kind you’d find in Kansas City. 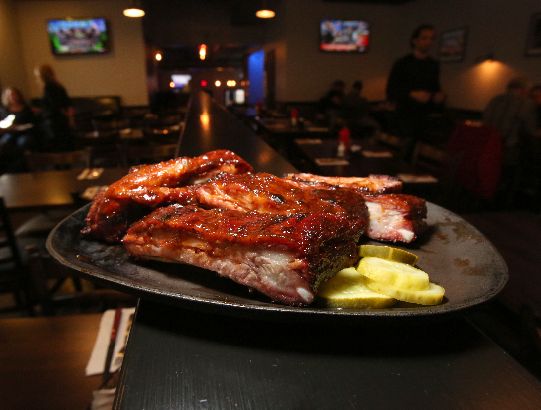 Finkelstein will be splitting time between here and his spot in Dumont, leaving the pit tending to Michael Noth, who’s worked extensively with Fink since his days at Johnny’s.

The menu also has ribs and pulled pork, as well as chicken fried steak, cornmeal-crusted catfish and a smoked portobello hash. There’s also Fried-A-Que chicken, which is smoked, then flash fried so it’s juicy on the inside and crispy on the inside.

Fink’s fans will also probably remember his Sweet Corn Souffle, which has been on his menus since the Bailey’s days, and his Texas Lollipops, which were popular at Johnny’s.

“I actually like the Louisiana Lolliyaypops better,” he laughs. The juicy Cajun pork loin is brined for two days and cured for two days, then wrapped in bacon and smoked for several hours. It comes, naturally, on a stick.

The bar features Southern-style cocktails and a selection of bourbons.