People are reading
You are at:Home»Columns»Michael’s on Main in New City: New on the Dining Scene 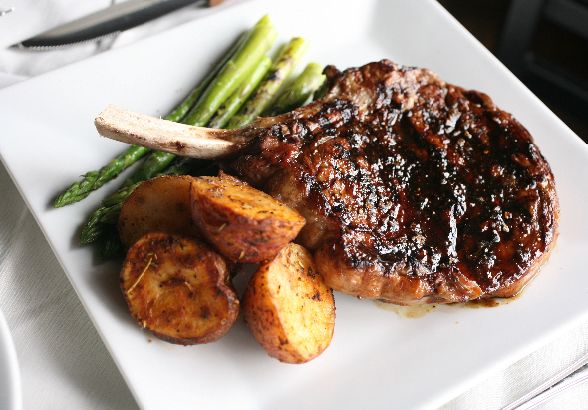 By Christine Gritmon. Read the story on lohud.com.

Michael’s on Main, a new upscale continental Italian restaurant draped in Old Hollywood glamour, has a nice little history of its own.

Michael Nicosia opened his namesake restaurant a few storefronts down from where his father originally opened Four Star Steakhouse in 1958.

Designer Melody Moricco has turned the former Di Saronno space into a chic black-and-white study. Diamond-shaped mirrors, cascading sconces and crystal chandeliers surrounded by black shades offer spots of sparkle amid the textured black walls. Pictures of celebrities such as Cary Grant, Audrey Hepburn, and Marilyn Monroe keep the space from feeling too sleek and serious. 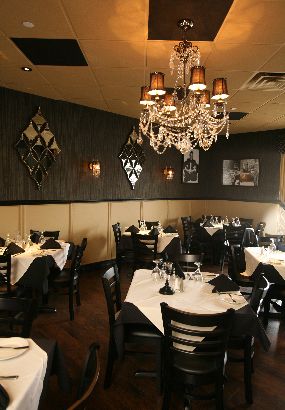 But Nicosia takes the menu very seriously. Ravioli is made in house. A selection of Black Angus steaks includes a bone-in Cowboy Steak. Lobster tails are cold-water.

Shrimp Sherry, sautéed with portobello mushrooms, roasted red peppers and garlic in a sherry cream sauce, is an old family recipe that was served at Nicosia’s father’s restaurant.

An in-house pastry chef makes fresh desserts such as tiramisu and warm bread pudding. The restaurant is already becoming known for its Cannoli Dip — triangles of sugared cannoli shell served alongside a dish of chocolate chip ricotta filling.

The globe-spanning wine list includes selections from California, Washington, New Zealand, Italy, France and Argentina, with many selections under $30. There are also numerous varietals of house wine.

Michael’s on Main is definitely a restaurant, not a bar scene, but the bar does feature its own small menu and happy hour specials — useful for those waiting for a table, or those unable to get one who are lucky enough to nab a bar stool.

Nicosia, who left Grand Centrale in Congers six years ago, worried that being out of the business for a while would feel like starting over. “I thought I would lose a little bit of my customer base — no,” says Nicosia. “They’re here, they waited.”