People are reading
You are at:Home»In the News»Captain Lawrence wins Best Brewery in the Hudson Valley 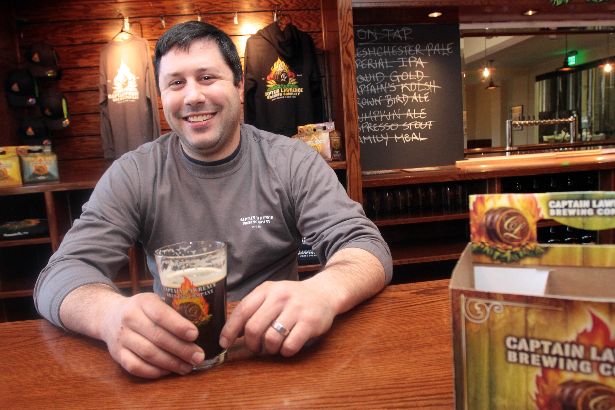 Scott Vaccaro started Captain Lawrence Brewery eight years ago, and while others have come and gone, his remains on top.

This is the second time Scott Vaccaro and his crew at Captain Lawrence have won the title. The local brewery has been the recipient of numerous awards at national competitions, including a recent gold medal at the Great American Beer Festival in Denver, Colorado for the Hops n’ Roses sour ale.

The first TAP New York  was held in 1997 at the Culinary Institute of America, then called the Hudson Valley Beer and Food Festival. The event has seen tremendous growth over the years, increasing by more than 30 breweries in the last year alone. Next year’s festival is scheduled for April 25 and 26. Go to www.tap-ny.com for tickets and more information.

Congratulations to Scott Vaccaro and everyone at the Captain Lawrence Brewery!