People are reading
You are at:Home»Drinks»Beer»Drink Local for American Craft Beer Week, May 12 – 18 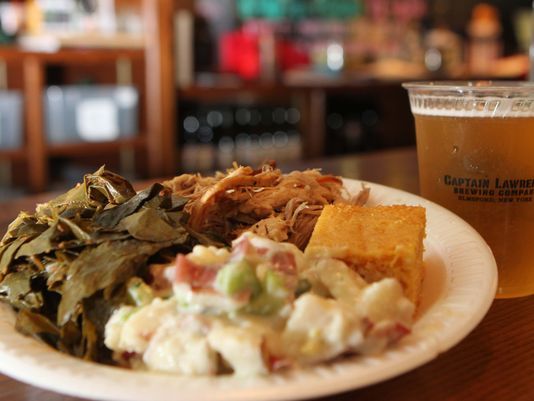 Beer fans know that an ice-cold one is the perfect complement to warm weather. All types of suds will flow at six upcoming local events, three of which are during American Craft Beer Week through May 18. Take your pick from our list.

1. Captain Lawrence Brewing Company’s Annual Pig Roast: A full lineup of beer from Captain Lawrence and Half Time Beverage, and distilled spirits and bitters from Still the One Distillery and Drink More Good, will share the stage with pork prepared to perfection at the Captain Lawrence Brewing Company’s Annual Pig Roast on Saturday. Indulge in a trio of roasted whole pigs from Village Dog in Tarrytown, in the forms of tacos, pulled-pork sandwiches and pork bowls. Cheeseburgers, hot dogs, chicken tacos and fish tacos will also be on hand. Tunes from five local bands add to the fun of boccie ball, a corn hole tournament and homebrew equipment for sale.

2. Rushing Duck tasting at Holy Smoke in Mahopac: Take the unique opportunity to taste Rushing Duck Brewery’s nine most sought-after styles, all in in one place Saturday at Holy Smoke. The Mahopac restaurant that specializes in barbecue and craft beer welcomes the Warwick, N.Y.-based brewery to its monthly Brewery Series Nights. Rushing Duck owner Dan Hitchcock trained at Weyerbacher, one of the biggest craft breweries in the U.S. Among the nine rare formulas: War Elephant, an imperial IPA; Bauli Saison, a French farmhouse-style ale; and Dog Bollocks, an English barley wine.

3. Candlelight Wings and Beers at Broken Bow Brewery: Get to Tuckahoe for the Broken Bow & Barbecue’s first-ever celebration of American Craft Beer Week, on Saturday. The Candlelight Inn will be there to conjure up its famous wings, along with poppers and other favorites from the Scarsdale restaurant. Quaff craft beer that was brewed right in Tuckahoe and listen to a live music from acoustic musician, singer and songwriter Scott Rocco. 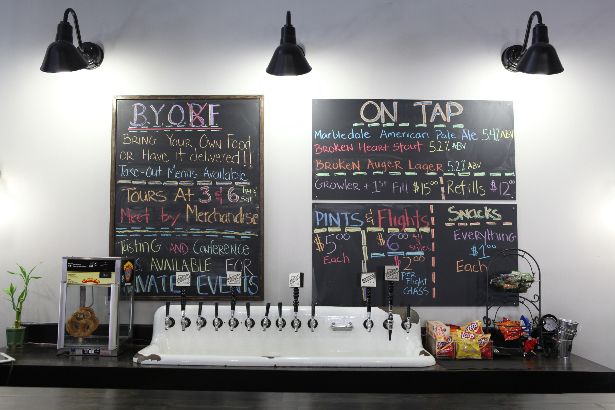 4. Burger & Beer Blast: Top local chefs will present their own takes on classic American fare at the Burger & Beer Blast at Kensico Dam Plaza. The festivities are on June 6 and part of Westchester Magazine’s Fourth Annual Wine & Food Week. No party is complete without great music, so the indie group Mary C and the Stellars will bring a mix of rock, soul pop, blues and funk during two 45 minute sets. Bonuses: Attendees can vote for their favorite burger of the night, and a portion of the ticket sales go to the Food Bank for Westchester and Friends of Westchester County Parks.

5. Lower Hudson Valley Craft Beer Festival: Prep your palate for the Growler & Gill Craft Beer Shoppe’s Lower Hudson Valley Craft Beer Festival. On June 7, more than 50 craft breweries from across the U.S. will offer up their own samples, and everyone gets a souvenir tasting gill. The day — split into two sessions (1-4 p.m. and 5-8 p.m.) — will be filled with beer-centric food and live music. Visit www.growlerandgill.com for information on the two VIP sessions, which include an extra hour in a private indoor tasting of rare, limited-release brews. Delicious barbecue, available for purchase, will be provided by Bailey’s Smokehouse in Baluvelt.

6. Peekskill Brewery’s Sixth Annual Pig Roast: If you relish combining beer and pork, the Peekskill Brewery’s Sixth Annual Pig Roast is the place to be on June 22. One pig on a spit and another in a caja china (a Cuban roasting box) will start cooking in the brewery’s north parking lot 13 hours before the all-you-can-eat roast actually starts. Corn bread, spicy baked beans and ambrosia salad will be on the side. Tickets for last year’s roast sold out the day before, so get yours now at 914-734-2337 or www.peekskillbrewery.com.