All Fine at CL Swine Dine 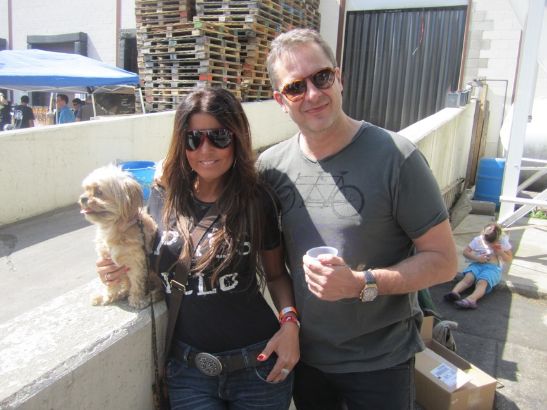 The weather leading up to the big day was dreadful—buckets of rain threatening to make a muddy mess of things. But by the time the first pig hit the grill, the sun was shining, a gentle breeze was blowing and the beer—Freshchester Pale Ale, Captain’s Kolsch, Brown Bird Ale, many others—was flowing.

They came from all over Westchester, and beyond, to eat pork and sip craft beer while taking in live music. For David and Danny Berrettini (David of Eastchester, Danny of Queens), this was a long time in the works. They’d heard about one of the earlier iterations of the pig roast, in the Captain’s early days in Pleasantville, years ago while at the Tap New York event in Hunter Mountain. “I said, Westchester’s got a brewery?” says David. 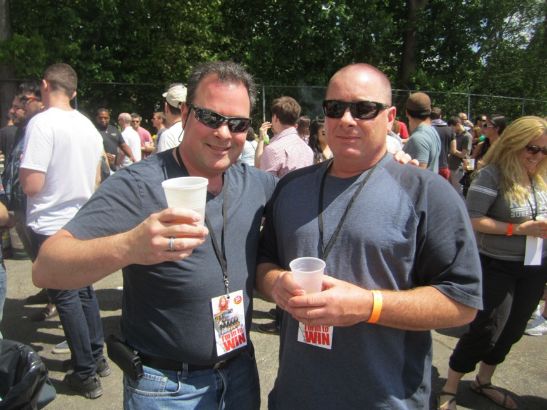 The Brothers Berrettini drove up, down and all around Pleasantville—it was before GPS, notes David—until they found a couple revelers walking around with cups. They asked the pair where the brewery was, only to find out the pig roast was over. So the luckless brothers retired to a local pub that had Captain Lawrence on tap—only to find the pub was, in fact, all out of Captain Lawrence.

The Berrettinis were not missing out this time around. “We figured the day would be beautiful, it’s close to home, it’s great beer—let’s check it out,” said David.

His beer? “IPA, all the way,” he says, while Danny enjoys summery brews such as the hoppy Sun Block wheat ale.

It’s also a family affair for Charlene Dech of Ossining. After all, her son Max, a Captain Lawrence staffer, is pouring beer at the pig roast. Max is carrying on the family tradition back home in the Twin Cities, says Charlene. “Breweries run in the family—it’s what we do,” she says. “All my uncles worked at Hamm’s.” 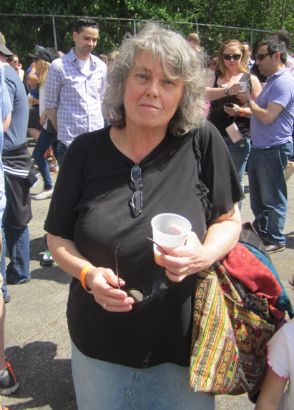 The uncles would be tickled to see the merriment going on in Elmsford. They’re playing cornhole and bocce. They’re letting their dogs get some fresh air and a few tasty bites of ribs. They’re sampling cigars and checking out music from the Matt Turk Trio, Brooklyn Sugar Company, Rebecca Haviland and Whiskey Heart, and of course Evan Watson, former Captain Lawrence staffer now stirring up his own Plan Bee Brewery product.

Owen and Paula Wallace of Bedford Hills turned up because their friend Bob was turning 51, and Bob demanded his friends treat him to a day at the pig roast. “It’s fun to taste all the beers,” says Paula, who has settled on a “lemony” Kolsch.  “It’s very social.” 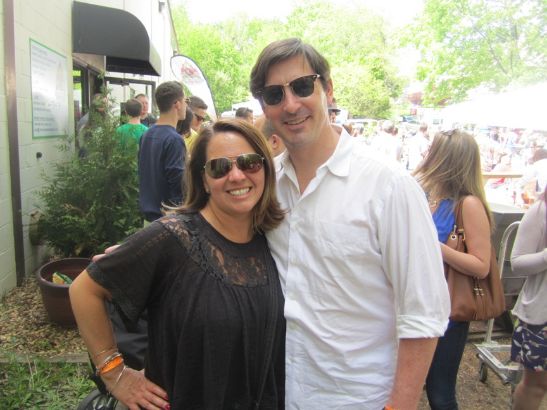 Owen prefers the only beer that was on the menu for the very first Captain Lawrence pig roast—the Freshchester Pale Ale. “Nice hoppy finish…my favorite beer period,” he says.

The long line for food, Owen says, is the only drawback. “The highlight is being here with our friends,” he adds.

All anyone can talk about is the gorgeous weather, proving that Mother Nature fancies her some craft beer, and doesn’t mind a few pigs on the grill. Perhaps the only one not enthralled with the big yellow sun is Ed Cody of Pleasantville, who’s photographing the event. “The weather couldn’t be better…actually, a little overcast would be better,” he says, for shooting purposes. 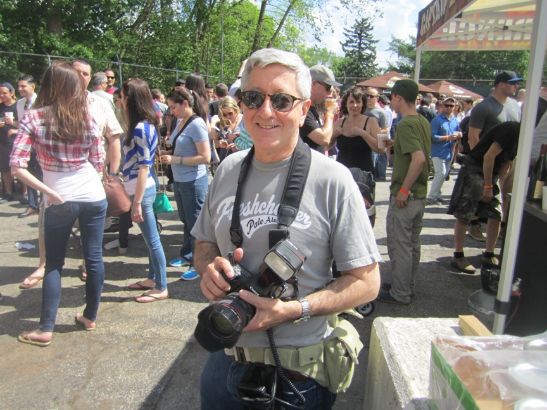 He may also be the only one not sipping a beer due to having to work a gig at the Trump National Golf Club later on this eve. “Maybe I can come back tomorrow and make up for it,” says Ed.

Also snapping a few photos is Charlene Dech to share with her brewing family members back home. “It’s a beautiful day and Max works here, so it’s good to celebrate his job,” she says. “It’s just good to celebrate.” 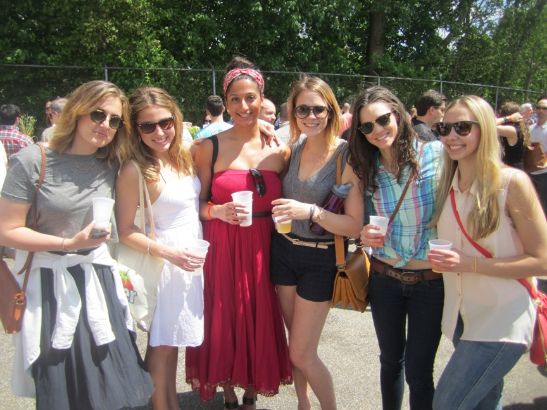