People are reading
You are at:Home»Chefs»Q&A: Dan Barber on “The Third Plate” 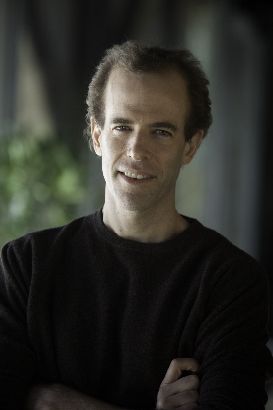 In his own words, Dan Barber is a card-carrying member of the farm-to-table movement.

As the executive chef and co-owner of Blue Hill in Manhattan and Blue Hill at Stone Barns in Pocantico Hills, Barber has a passion for conscious eating and agricultural policy, and he’s been preaching its tenets for more than a decade.

But a “culinary epiphany” at a wheat farm in upstate New York has lately made Barber more than just a member of the movement. He’s trying to change it.

“I got this thing all wrong!,” he says. “I realized I wasn’t doing anything to support the system that made this wheat so delicious.”

He outlines his thinking — and explores the state of the food system in the United States — in his first book: “The Third Plate: Field Notes on the Future of Food” (Penguin Press HC, $29.95).

What does he consider the most dire issue plaguing our nation’s food system? Get comfortable, because — pardon the pun — our problems have roots.

“We have this reputation in our mind as a nation built on farmers, but we were horrible farmers. People came here because they didn’t have land or know how to farm,” says Barber. “We went across the country exploiting the soil and never developed a pattern of eating that supported that soil.”

Barber says places like France and Italy didn’t have the option of marching across the country like we did in a vast, new America. Regional cuisines developed from necessity; in Sicily they harvest citrus and olives because that’s what the climate allowed.

“When I go to look for the great flavored things, it’s really about the culture that supports it, not a particular farmer or landscape. It’s the whole community,” Barber says. “That’s what America lacks. We don’t have a cuisine.”

Barber has already written articles on the subject have appeared in The New York Times, Gourmet, The Nation, Saveur and Food & Wine Magazine. He’s been nominated for numerous James Beard Awards, and in 2009 was named one of Time magazine’s 100 most influential people in the world.

“Ten years ago I didn’t set out to write this book,” he says. “I’m glad it took this long because it made me realize I was asking all the wrong questions.”

What does the title, “The Third Plate,” refer to?

The third plate is not a literal plate of food, it’s a metaphor for a way of eating, about cooking and celebrating the whole farm — not just the

I wanted to figure out how all of these things work together to form truly delicious food. As a chef, how can I cook in a way that makes animals and vegetables to both taste better individually and also promote a better farm? ‘Third plate’ is a way to look at a pattern of eating that can support that nose-to-tail philosophy. Create an economy for the farmer.farm to table ingredients like vegetables, grains and livestock.

“Farm-to-table” and “sustainable” have become such trendy terms, what does that mean for the movement at large?

The message has really resonated with people. Farm-to-table sounds right. It’s direct, connected. But the farmer is servicing the table, not the other way around — it has allowed us to cherry pick our ingredients. We tend to think of these things by labeling them, ‘organic’ or ‘local,’ and the reality of good farming is so much more complex. It is frustratingly abstract, so the pull is to dumb it down a little bit.

I’ve watched as this idea has gone from fringe to mainstream, and the reality is that it’s not really working. Farm-to-table is in a little bit of a rut because it hasn’t changed our food system in any fundamental way, and what we’ve been doing for the last century just isn’t going to work anymore.

What’s the biggest hurdle for people in terms of changing the way they look at food?

Obstacles toward better eating really depend on where you live. For example, if you live around here, you should be eating meat because New England and the Hudson Valley were built on dairy and pasture. Our ecology is geared toward raising animals, dairy cattle and others, because the grass is so great and the climate is perfect for it. I don’t see how you stay a vegetarian in the Hudson Valley and support the landscape around you. If you’re in southern California and you’re a vegetarian, great. You should be.

Look at Italy and France, regions that dictate the diet. America is a so much larger and we can’t possibly expect to have a diet that fits each one of us. Diet depends on the landscape.

The one part of this movement that hasn’t been dumbed down is the local part of it, because you can’t dumb down local. They can do that to ‘healthy eating’ and ‘organic,’ but the best thing an eater can do is to support the local movement, and with a lot of diversity. don’t go to the farmers market and demand the same thing over and over again.

What is the most substantial change to the food system you’d like to see in your lifetime?

It’s more like what I’d like to see in my children’s children’s lifetime. From a biological perspective, this is a long game. Instead of creating a great dish here and there — which all chefs are capable of doing — but can I create a cuisine that supports the people, is delicious and isn’t as exhaustive of resources? As a chef, my hope is that I can figure this out and get people to celebrate and eat food in a more cuisine minded way.

At 8 p.m. on June 11, Barber will be at the 92 street Y with This American Life host Ira Glass to sign copies of “Third Plate: The Future of Food” and discuss his eye-opening 10-year research process. Tickets are $29, available online www.92y.org.