People are reading
You are at:Home»In the News»FDA Cheese Calamity! 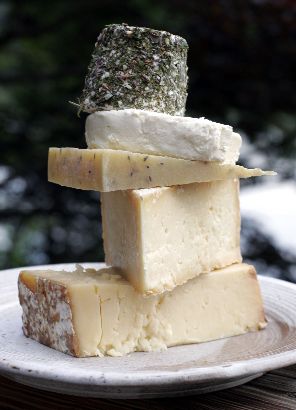 You’ve heard of serving cheese on a wooden board, but did you know it is aged there, too?

Thanks to a blunder by the Federal Drug Adminstration last week, the centuries-old tradition of using wooden aging shelves has been the talk of Twitter and Facebook feeds of foodies everywhere. Artisanal cheesemakers, including many of our farmers market favorites from the Hudson Valley, were worried a statement by the FDA would ban the practice.

Here’s what happened: The FDA said that wooden shelves did not conform to its safety standards. Cheesemakers got up in arms, saying that if the practice was banned, they’d be out of business and all Americans would find on their shelves was processed cheese. The calamity escalated so far that cheesemakers and their supporters petitioned the White House, and Sen. Charles E. Schumer (D-N.Y.) called a press conference to urge the FDA to issue clear guidelines. The debacle was averted when the FDA clarified that no new policies had been issued.