People are reading
You are at:Home»Drinks»Beer»8 New York Craft Beers to Drink this Summer 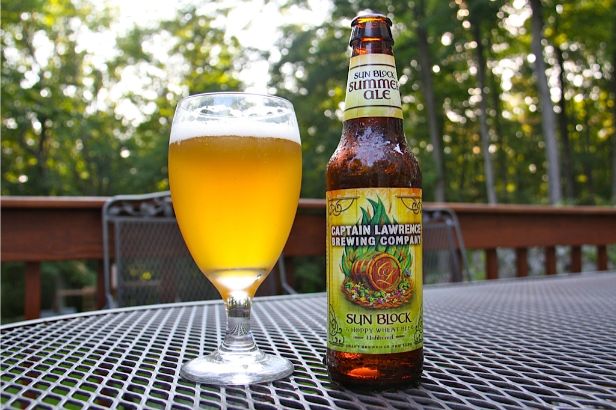 If it seems like craft beer is everywhere, you’re right. New York state alone is home to just shy of 100 breweries, each one churning out multiple brews for our drinking pleasure.

We did some painstaking research to round up the top contenders for the best New York-made craft beers to drink this summer. Some are seasonal — meaning availability is limited to the spring and summer season — and others are just downright delightful on a hot summer day.

Even loyal Budweiser drinkers will be pleased with some of these locally made brews to whet their whistle.

Our favorite places: Where to buy craft beer

Sun Block. Brewer Scott Vaccaro says he wasn’t able to get the hops he wanted for last year’s batch, but this season’s version is exactly how he envisioned it. Straw colored with a bright, hoppy taste. “I get a lot of coconut, lime and citrus,” says Vacarro, who used Sorachi hops from the Pacific Northwest. “Sorachi is known for being very lemongrass-y.”

Availability: Spring and summer, through August unless it sells out.

Honey Blonde. The flagship lager is flying off the taps at local bars and restaurants, but the Honey Blonde is a spectacularly smooth drink flying under the radar. Made with Hudson Valley honey, it is sweet, earthy and refreshing. “We try to tie as much of New York as we can into our beers,” says co-founder John Rubbo.

Where to get it: On tap and in take-home growlers at Dan Rooney’s and pinch in Empire City Casino. Not yet available in bottles. Yonkers Brewing Co., opening in September at 92 Main St., Yonkers.yonkersbrewing.com.

Read How to Host a Craft Beer Swap 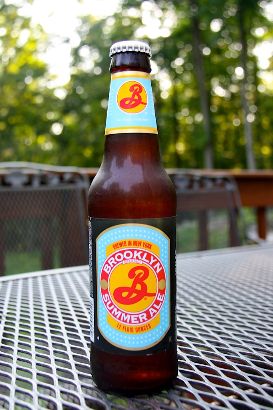 Brooklyn Summer. Light in color and taste, this is not an intense beer (though we like the snappy aftertaste from the hops), and that makes it perfect for happy hour on the patio. Brooklyn’s brewmaster Garrett Oliver joined the brewery in 1994 and is considered the industry authority on all things beer. He’s the author of several books on the subject, including the “Oxford Companion to Beer” (Oxford University Press), and won this year’s James Beard award for Outstanding Wine, Beer or Spirits Professional.

Where to get it: Whole Foods, DeCicco’s, Fairway, Stew Leonards, HalfTime. Also at Tap House in Tuckahoe, Alamo Drafthouse in Yonkers, Playhouse Market and the new Prohibition River in Nyack. Or make the trek to the brewery in Williamsburg, Brooklyn.Brooklyn Brewery, 79 N. 11th St., New York, 718-486-7422,brooklynbrewery.com. 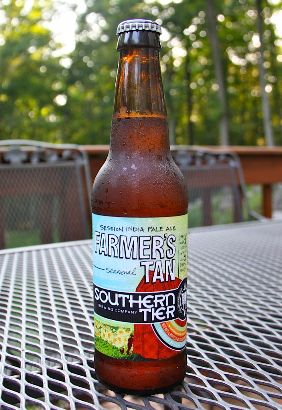 Farmer’s Tan. This one is what beer geeks refer to as “sessionable,” meaning there is a low alcohol content (4.6 percent alcohol by volume) and meant to be enjoyed in a longer drinking period. It is easy drinking, with a good punch to please the hop-heads out there.

Where to get it: The Mill in Tarrytown, Craftsman Ale House in Harrison, The Parlor in Dobbs Ferry and Twisted Oak in Tarrytown. Or pick up a six-pack at HalfTime, DeCicco’s Markets, Whole Foods or Green Growler Grocery in Croton. Southern Tier Brewing Company, 2072 Stoneman Circle, Lakewood. 716-763-5479, www.stbcbeer.com.

Broken Auger Lager. Think you don’t like craft beer? Start here. While this is not the Tuckahoe brewery’s official summer beer (that would be Lucy’s Sour Strawberry Wheat), it is the one we’ll throw in a cooler for a day at the beach this summer. Six-packs come in cans. Incredibly smooth, but with more depth than comparable macro-brews like Pabst Blue Ribbon.

Pair it: The sandwich you packed for the beach, the popcorn you snack on during outdoor movie night, the seafood salad at a backyard cook-out. You get the idea.

Where to get it: On tap in the brewery’s tasting room, along with local restaurants like American Bistro in Tuckahoe, Candlelight Wings, Molly Spillane’s and Growler’s Beer Bistro. Purchase six-packs at Stew Leonard’s, Half Time, DeCicco’s, Vista Beverage and Eastchester Beverage Mart. Broken Bow Brewery, 173 Marbledale Rd., Tuckahoe, 914-268-0900, www.brokenbowbrewery.com.

Unalienable Rights. It’s not season specific, but this craft beer from Buchanan is like the Fourth of July in a bottle. Made entirely from American-grown ingredients, it’s a highly carbonated pale ale with a hint of citrus for a clean finish.

Pair it: Shellfish and lightly fried foods like calamari or chicken wings.

Where to get it: Purchase six-pack bottles at HalfTime, Beverage Mart in Eastchester, DeCicco’s, Brewster Beer and Soda or All Star Beverages in Yonkers. Currently offered at Memphis Mae’s in Croton, 105-Ten in Briarcliff, D&A Smokehouse in Scarsdale and The Huddle in Sleepy Hollow. The brewery does not have a public tasting room. #FREEDOM Brew, 3199 Albany Post Road Ste. 220., Buchanan, 914-979-BEER, www.freedombrew.us. 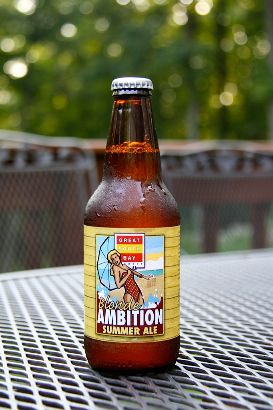 Blonde Ambition Southern Ale. Brewed and bottled on Long Island, we love this summer brew for its effortless drink-ability. Punched up with fruity flavors, it is bubbly and invigorating without any harshness.

Pair it: Oysters with with fresh lime and cocktail sauce.

Where to get it: HalfTime in Mamaroneck, or at Lazy Boy Saloon in White Plains and The Craftsman Ale House in Harrison. Great South Bay Brewery, 25 Drexel Ave., Bay Shore, 631-392-8472, greatsouthbaybrewery.com.

The Aristocrats. Sour beers are the darlings of the craft world right now. We’re seeing more and more brewers try their hand, and Peekskill’s take is not to be missed. Biting, fruity and funky, this is not a beer for the timid. It’s brewed entirely with New York state ingredients, and in a style that originated as a thirst-quencher for farmers after a long work day.