People are reading
You are at:Home»Restaurants»First Look»14 & Hudson, Piermont: New on the Dining Scene 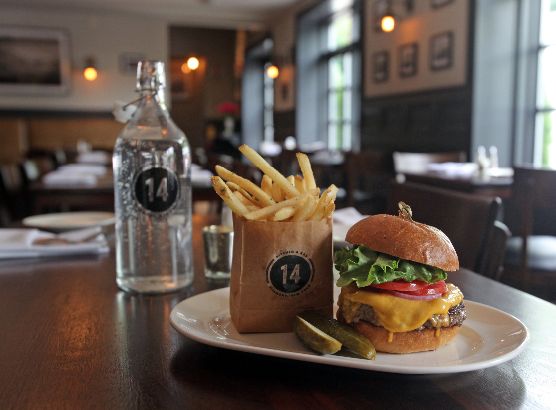 A sleek New American bistro has opened in the former Harbour House space in Piermont: 14 & Hudson.

“We’re going for a cool, relaxed neighborhood restaurant,” says co-owner Paula Clemente Woods. “It’s a nice, casual, inviting place, whether you’re coming for a drink at the bar, an appetizer, or you want to come sit in the dining room; it’s welcoming.” 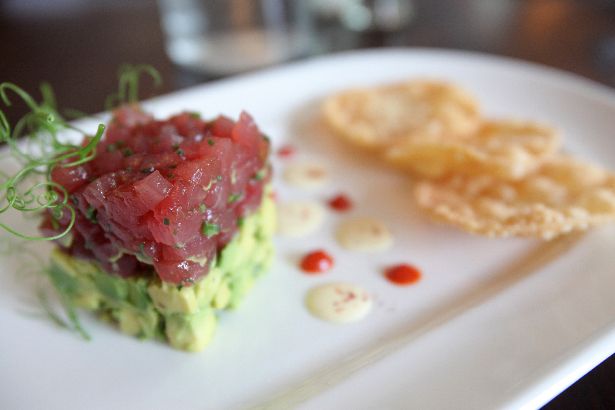 Charcoal gray molding, camel-toned recycled leather banquettes and a stone fireplace create a chic upscale feel that nevertheless avoids any white-cloth fussiness. Black and white photographs of the Hudson River Valley taken by local Grammy Award-winning musician Tom Chapin decorate the walls downstairs; upstairs in the private party room, it’s paintings of the river by local artist Frances Wells (whose daughter Caitlin Burck of Piermont Design Group designed the space along with Paula). The private room features its own fireplace and bar and seats 60. A new patio to the side of the main dining room is poised to make the most of warm summer nights.

Eric Woods followed his Culinary Institute of America training with positions at The Rainbow Room, The Four Seasons Hotel, and Blue Fin at the W Times Square, where he was most recently executive chef. His wife Paula comes from an extensive hospitality and events background and aims to instill the same high quality standards in front-of-house service as Woods demands in his kitchen.

“It’s really going to be a little bit of everything on the menu; it’s dishes I like to cook, that I’ve cooked before, that go over well,” says Chef Eric. “It’s something for everybody, with some unique twists — and always as fresh as possible.” 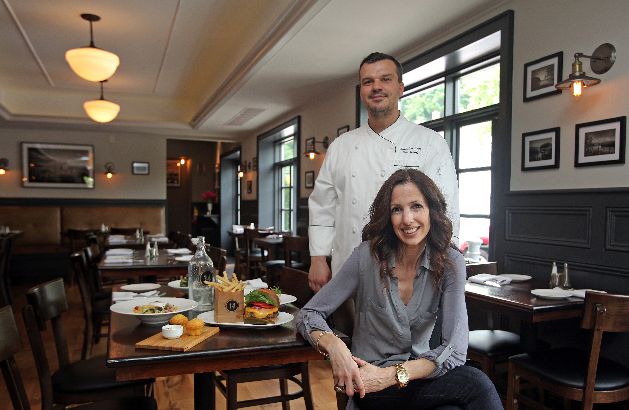 Meals begin with complimentary mini corn muffins with pepper-infused butter. In addition to the wings and tuna, appetizers include tender calamari with red chili pepper and a creamy green pepper remoulade and a crock of baked goat cheese, served alongside grilled flatbread and a small side salad.

The restaurant has opened for dinner; lunch, brunch, and happy hour specials will soon follow. And when you go, share this tidbit with your tablemates: the restaurant is named after the year of founding, and Eric Woods’ status as the youngest of 14 children.

By Christine Gritmon. Read on lohud.com.