People are reading
You are at:Home»Columns»I Eat Plants: More at Sweet Grass Grill

Another day, another Westchester Veggie EatUp meeting at Sweet Grass Grill in Tarrytown.

We actually haven’t been there as a group for a while.  I’ve been checking out posts from my friend Jen at Vegan Dance if You Want To’s blog about some of the recent offerings over at Sweet Grass, including some really nice looking seitan.  Then last week I saw a picture of their vegan special- Tempeh with Garlic Scapes– that looked delicious, but I couldn’t get anyone to go with me last week.  Boo!

But, this week was a scheduled meet up.    A menu was worked out ahead of time for us, as we’d be a fairly large group.  Unfortunately, they didn’t have seitan this week, but they were definitely living it up with the tempeh!  Fortunately, I love tempeh. 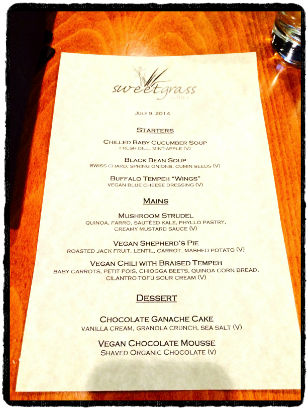 I started out with the Tempeh Wings. 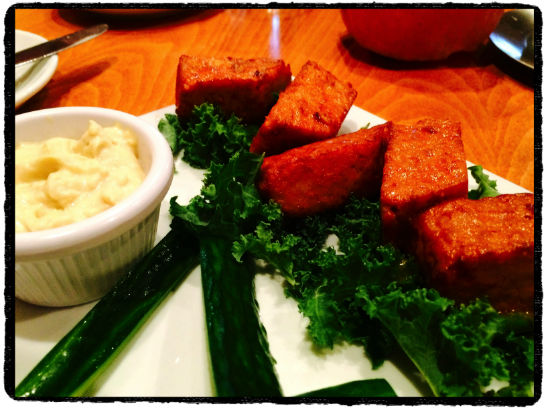 I could eat that Vegan Blue Cheese dressing by the bucketful.  I know that it’s cashew based, but I don’t know what else it is that makes it taste so, so good… but it’s awesome.

There was also a baby cucumber soup.  I didn’t get a chance to try it, but I’m told it was delicious. 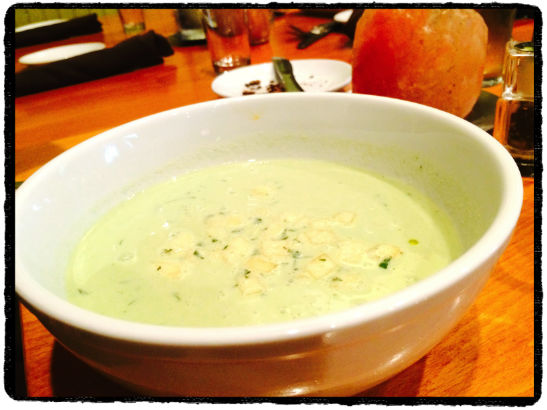 The popular entree of the night was the mushroom strudel.  Personally, I don’t like mushrooms, but everyone else seemed to love it! 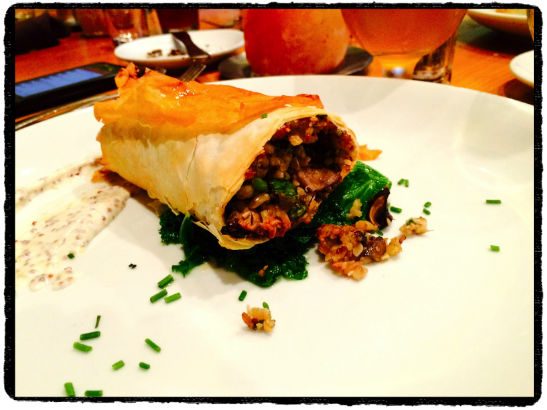 I went with the chili with braised tempeh.  I told you, I love tempeh! 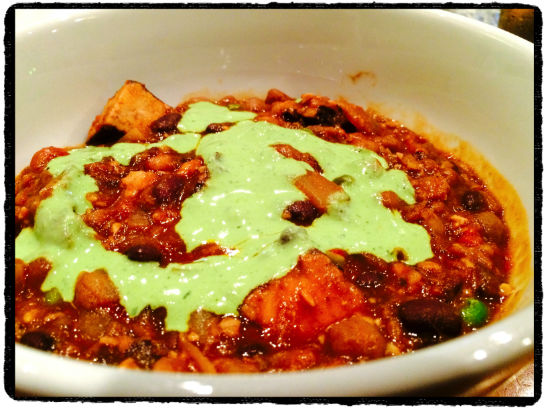 I found it to be a bit much with everything else, but it was good.  Lucky for me, I also like leftovers.

They had two choices for dessert.  The chocolate mouse is usually on their menu, but I hadn’t seen the chocolate ganache cake before, so I tried that. 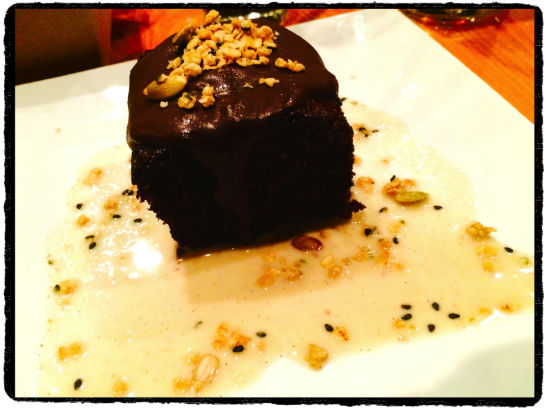 Not overly sweet, but quite rich.  I think this is the kind of dessert you want to share with someone!

I love that Sweet Grass Grill is frequently trying out new vegan dishes.  I just wish I had more money and more time to go so I could try their vegan special every time they have one!

Considering that I’m the type of person who finds one dish they like at a restaurant and orders it over and over again, I feel like I’ve really lucked out with this place, who consistently puts out good vegan fare.  Thanks, Sweet Grass!