People are reading
You are at:Home»In the News»A Winning Recipe from a Healthy Lunchtime Challenge Champ 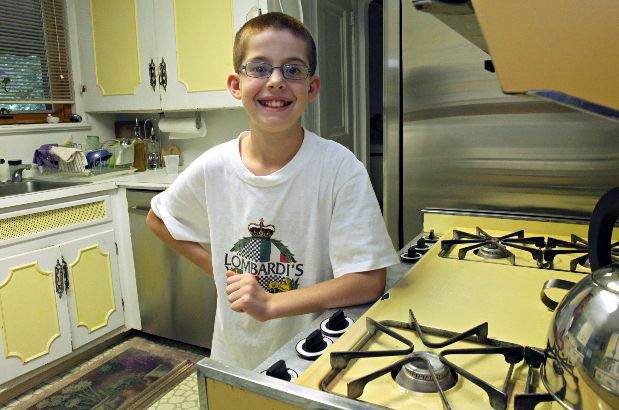 Michael Lombardi is a typical Westchester kid. His favorite foods are cheeseburgers and spaghetti, his favorite restaurant is Chipotle and he’s enjoying the summer before sixth grade swimming at Camp Patthunke in Scarsdale.

But on July 18, Michael, who lives in Eastchester, will be in Washington, D.C., strolling through Michelle Obama’s vegetable garden and attending a pizza party at the Smithsonian.

He won the Healthy Lunchtime Challenge, a recipe contest sponsored by the first lady and Epicurious, for children ages 8 through 12. He will represent New York state at the Kids’ State Dinner at the White House along with 53 others from around the country.

“When they told me I won I had one thing to say: seriously?!” says 11 year-old Michael, who also entered last year but didn’t win.

Michael’s recipe, Mike’s Chicken and Vegetable Dumpling Cups, is original and gluten-free, something he came up with in the kitchen with a little help from his aunt.

“It’s a healthy version of dumplings,” he says, adding that he wanted to make something Asian-inspired because of the Chinese restaurant dinners he enjoys with his grandparents as a reward for a good report card.

Michael’s kid-friendly dumpling recipe (“I thought of finger food because I’m sure most kids would agree that’s fun!”) hits all the marks for a FLOTUS-approved healthy plate, which he checked on the Choose My Plate banner hanging in his family’s kitchen. He recommends adding a side of broccoli and a glass of low-fat milk to round out the meal.