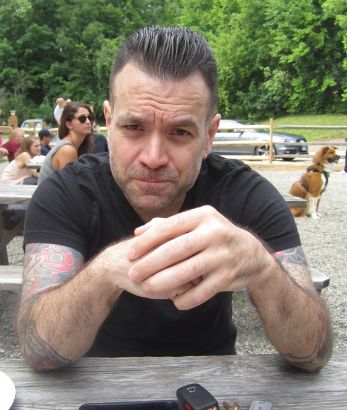 Rob Catalano, Captain Lawrence’s bartender extraordinaire, threw some of his creative energies into the Knifey Moloko milk stout, which won Captain Lawrence’s clash-of-the-small-batches “Hop Bowl” back in February. The rest of it goes into his film work—including a fresh entry in the summer camp slasher flick genre titled Whispering Pines.

Shot all over Westchester County, including Pleasantville and South Salem, Rob directed and produced the feature-length film, which should be ready for public consumption in time for Halloween. It centers on a creep named Gideon who may or may not be alive—and if he is, he may be lurking in the woods, having something to do with the campers who start disappearing.

“I’m paying homage to all the movies I love,” says Rob, who has worked as a grip and makeup artist on a handful of Hollywood pictures, including training a spotlight on Michael Myers in Halloween 2.

Rob had his wrap party at the brewery, and Captain Lawrence makes a few cameos. “If you have a keen eye, you’ll see some Captain Lawrence bottles,” he says: Freshchester Pale Ale, Pumpkin Ale, Liquid Gold.

Raised in Hawthorne and residing in Pleasantville, Rob is a self described “horror nerd.” Asked his favorite horror film, he breaks it down by genre: Jaws for all-time horror, Dawn of the Dead for zombie flicks, Black Christmas and Friday the 13th Part 2 among slasher movies. Like many, he took in Sharknado last week—viewing both 1 and 2 of the fish-way-out-of-water cheesefest at Lucy’s in Pleasantville. “In a bar, drinking beer with friends, it’s hysterical–they definitely had their tongue planted firmly in shark mouth,” he says. “I was pleasantly surprised by how horrible it was.” 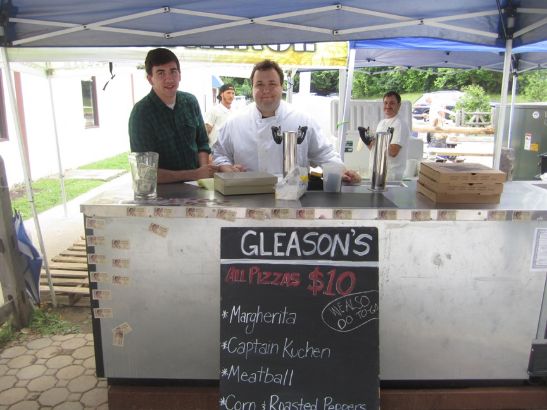 We share a few samples on the expanded Captain Lawrence patio. There’s a new food vendor in Gleason’s and Birdsall House of Peekskill, whose pizza oven-fired “Plain Jane” pie is perfect with an Illy Perilly Belgian IPA, a wild rice/white wine yeast concoction called Sake Bomb, or any of the standards. Rob’s favorite in the greater Captain Lawrence lineup is the specialty ale Nor’easter, brewed with elderberries and aged in bourbon barrels.

He’s not the only Captain Lawrence staffer whose creativities go beyond brewing. Jack Reilly is a virtuoso drummer, Doug Roberts a gifted singer and guitarist, alumnus Evan Watson a professional singer/songwriter, while Dennis Vaccaro, no relation to brewery owner Scott, is a filmmaker too. Dennis’s work includes a Mario Bros. reimagining, with video game siblings Mario and Luigi as World War II vets, and scenes, including a bare knuckle bout involving Mario, shot at the brewery. Rob credits Dennis for inspiring him to take on his own project.

Seated nearby, Lisa Morrissey of White Plains is intrigued by Rob’s film, and offers up a contact who’s a producer. “I love scary movies, but I’m scared of scary movies—the blood and gore scare the crap out of me,” she says. “But the way he described it, as kind of old school horror, really interests me.” 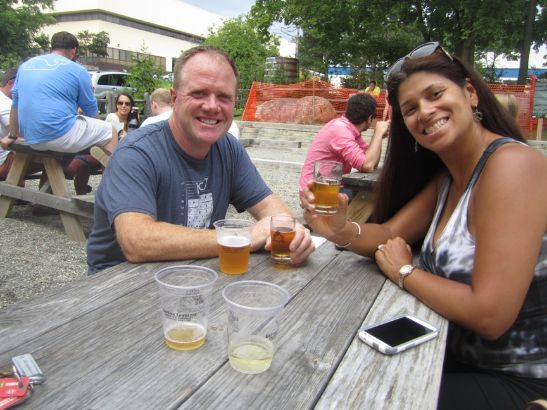 Steven—who pitched in on the Whispering Pines screenplay (Matt Shoemaker wrote the bulk of it)–calls Rob a “true connoisseur of horror,” likening him to Tarantino and his taste for ‘70s B-movies. “He’s digesting and reworking the various forms of the horror genre,” says Steven. “It’s Rob’s vision to create them for a new audience.”

The two are now at work at a stylized murder mystery, of the pulpy Italian genre known as “Giallo”. Rob aims to screen Whispering Pines at the Jacob Burns in October; he hopes it’s a “springboard” to bigger, better, likelier bloodier things. “It’s, let’s see what I can do with nothing,” he says.

Indeed, the Whispering Pines budget was mostly nonexistent. “I told the guys, I’ll feed ya, I’ll give you Captain Lawrence beer,” the bar man says. “They were thrilled.” 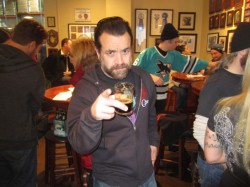