People are reading
You are at:Home»Restaurants»Openings»Prohibition River, Nyack: New on the Dining Scene 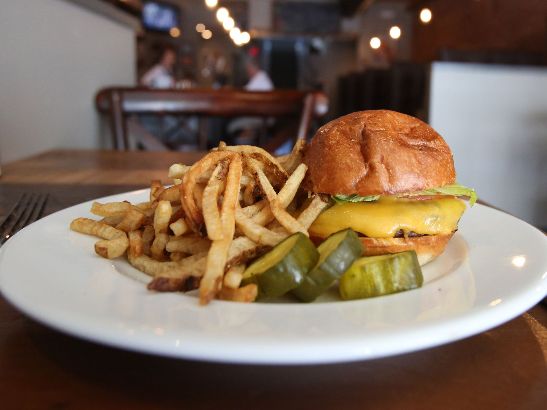 Bailey’s Smokehouse alums Jonathan Placek and Oliver Cullen grind their burgers in-house and make their own pickles at their new gastropub in the the former Black Bear Saloon space in Nyack.

But Black Bear this is not. The owners are courting an older crowd, and early one recent night, there were families at the tables by the windows that open to the sidewalk and 30-somethings at the bar. 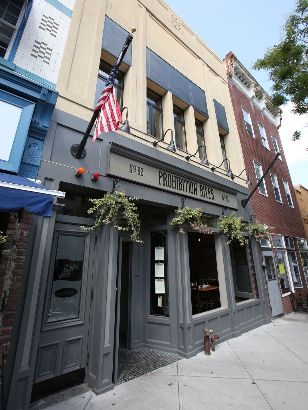 The restaurant has a lot of exposed brick and Prohibition-era artifacts, including an enormous 1930s radio in a wooden console. The bar top is made of 200-year-old reclaimed barn wood. They serve (and cook with!) craft beers, and mix their own house cocktails, including the Nyack Gentleman, a nice lowball made with bourbon, mint, blackberry and lemon juice.

As the chef at Bailey’s, Placek worked under the previous pitmaster David Finkelstein, who is now at Bobby Q’s in Suffern. Cullen, who was the general manager there, has managed restaurants and bars in Manhattan, including Bobby Vans Steakhouse.