People are reading
You are at:Home»Drinks»Cocktails»El Presidente Cocktail Recipe: A Nod to Boardwalk Empire

After last night, you surely are in need of an El Presidente cocktail recipe.

Yes, there’s always a lot of booze in Boardwalk Empire, the HBO series about bootlegging during Prohibition. But cocktail fans who watched last night’s premiere of the final season were dazzled by the drinks — and the spectacle — in Havana.

And no wonder. Havana in the 1930s was the drinking American’s answer to Las Vegas. Vacationers would get on a cruise to Cuba and break out the cocktails as soon as they were in international waters. (What happened in Havana stayed in Havana.)

Nucky and Sally were sipping El Presidentes earlier on in the episode, then shared glasses of aged rum, neat, over a meeting with Bacardi. (And those glasses! Beauties, weren’t they? Here’s something similar: Cocktail Kingdom.)

But back to El Presidente, best served in a coupe glass. It’s made with white rum, the booze of Caribbean, and is said to have been invented by Eddie Woelke, who was at the Jockey Club in Havana. It’s named for Gerardo Machado, el presidente de Cuba during the Prohibition years.

I’ve poked around and found a few different recipes, and all the advice is clear: be sure to use good ingredients. Like a martini, this drink is spare, so it needs to be high quality. The white rum available at the time does not compare with today’s rail rum, so instead consider Flor de Caña Extra Dry white rum or Cruzan Light Aged,Mount Gay Eclipse.

Curacao, too. Do yourself a favor and get a bottle of Pierre Ferrand Dry Curacao, which is made from a recipe that cocktail historian David Wondrich consulted on. For the vermouth, you should go Dolin, but even Noilly Pratt will do. And grenadine? It’d better be real pomegranate — or homemade.

I’m so glad to have stumbled upon this drink this week, when we still want to hold on to the last gasp of summer (rum!), but we’re ready to move on from simple highballs (goodbye G&Ts!) and shake a proper drink again. This one straddles the seasons delightfully.

Here’s an El Presidente cocktail recipe, the ratios borrowed from the Esquire recipe by David Wondrich, whom I trust implicitly. 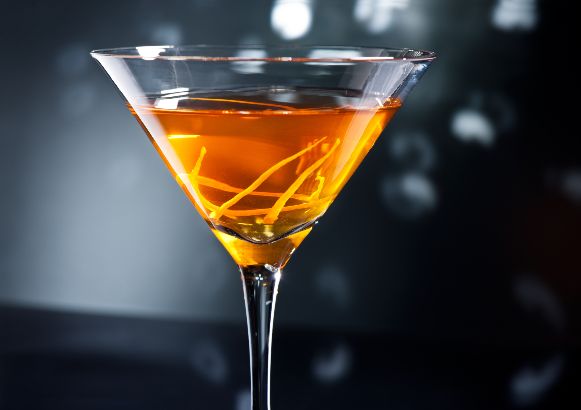 Ratio by David Wondrich in Esquire.