People are reading
You are at:Home»Cooking»What To Do with Late-Season Tomatoes

It’s that time of year when tomatoes get a little, well, tired. The plants are ravaged, the lower leaves yellowed or shriveled, the vines tangled around their cages.

But still, those feisty Sun Golds and Better Boys keep pumping out fruit, and so you leave the plants in the garden. And as for those still-green heirlooms, struggling to ripen — you find a way to coax a little more flavor out of them. Roasting, frying, preserving.

See all our tomato recipes on the Small Bites blog: http://food.lohudblogs.com/tag/tomatoes/

Assuming you’ve had your fill of caprese salad and margarita pizza, here are a few ideas for using your late-season tomatoes. And if your plants already are history, check the farmers markets — there should be plenty of good fresh tomatoes out there still. Enjoy the season as long as it lasts.

And start dreaming about what you’ll plant next year. 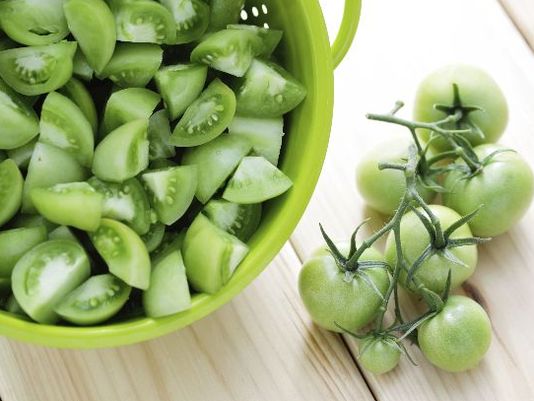 Prep time: 10 minutes; Cook time: 20 minutes; Makes 3 pints. Adapted from Leda Meredith’s “Preserving Everything” (Countryman Press, $19.95). She suggests using this as a master recipe, “swapping pears or peaches for the green tomatoes” if you wish. 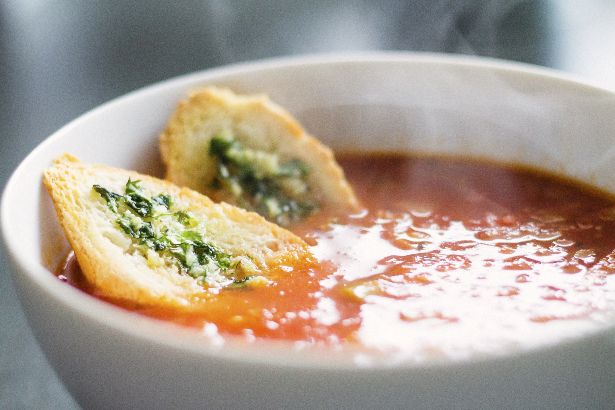 This recipe is from Jeffrey Bloomer of Slate, who writes: “Tomatoes should be the star ingredient, and practically the only ingredient. Since I have no passed-down family recipe, the only kind that seems to exist for tomato soup, I finally adapted one from someone else’s grandmother. This recipe gets two things unforgettably correct: The perfect tomato soup fully embraces its central ingredient, and, crucially, it should only be made when the absolute best tomatoes are available — like right now.

I will stick to calling this a tomato soup, but the correct course is to include some cream. Its richness wonderfully balances the tomatoes’ lingering acidity. The key is to take a light hand. And through many attempts of roasting, stewing and otherwise pulverizing tomatoes, I’ve come to appreciate my Internet-adopted grandmother’s method of slowly cooking them in a couple pats of butter (not olive oil), letting the pulp break down and the juices flow.

Finally, you must resist the urges of your childhood and leave the soup thick and chunky. You want the last bits of tomato to melt in your mouth, not in the pan.” 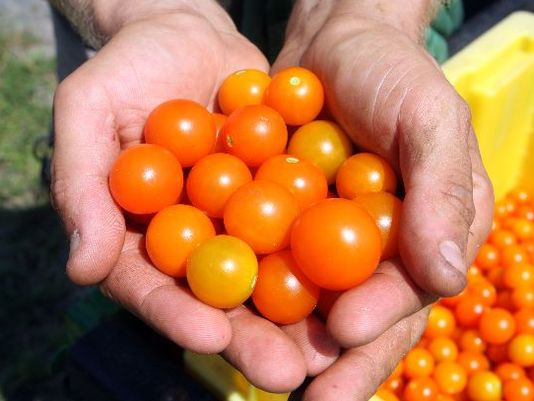 Sun Gold cherry tomatoes are a treasure. After you’ve had your fill eating them out of hand, consider cooking with them. They are best when subjected just briefly to heat so that the sweetness is intensified but the freshness remains.

You can substitute two fresh Italian sausages for the precooked, cooking them before slicing into 1/2-inch coins. Precooked brown rice can be found at some grocery stores, often in the frozen aisle. 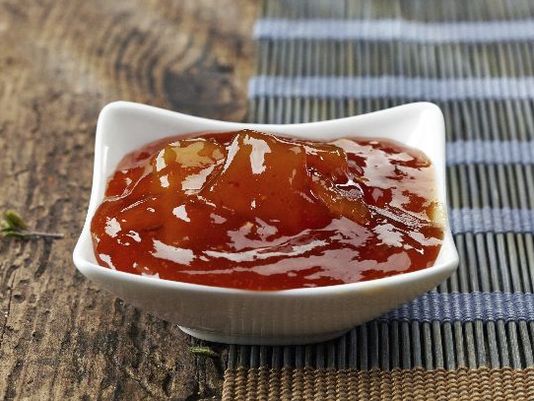 Makes 4 cups This bright-tasting refrigerator jam is good on muffins, pancakes and French toast. The recipe, via The Washington Post, is from Wheaton, Maryland, resident Dennis Broud, who offers this tip: Freeze the ginger until quite cold before you grate it, to make the job easier. The jam can be refrigerated for 7 to 10 days, or frozen for longer storage. 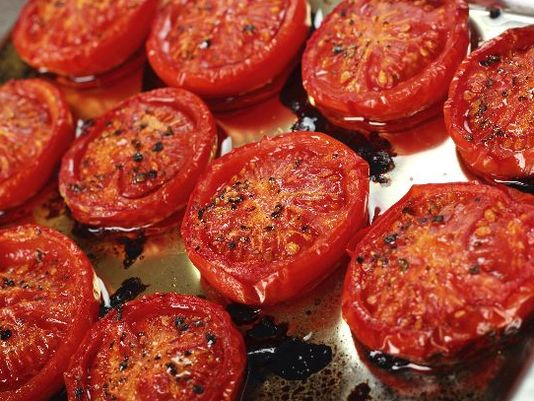 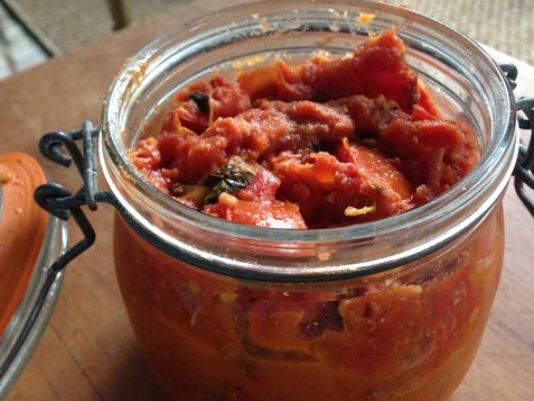 Named for food editor Liz Johnson’s friend Peggy, who served this as an hors d’oeuvre at a late-summer dinner party, roasting coaxes the flavor out of not-quite-ripe tomatoes. It’s lovely with goat cheese and baguette slices. Olives are nice, too. Fold the leftovers into scrambled eggs for breakfast.