Tappan Zee Keg For a Good Cause 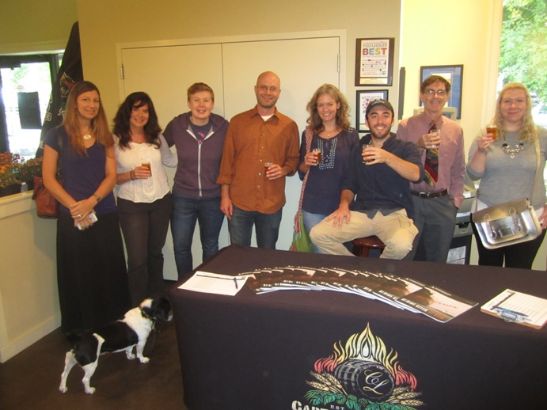 There it stood, in the middle of the tasting room bar—a chubby 10-gallon keg of the special Captain Lawrence-Peekskill Brewery collaboration on behalf of the Hudson River environmental watchdogs known as Riverkeeper. Captain Lawrence tapped the barrel as part of a special event, and many in the room came specifically to try it. 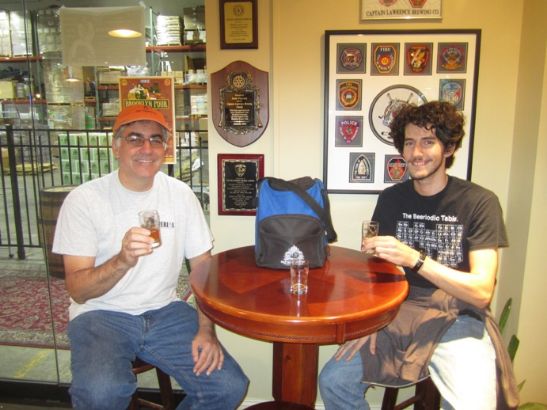 Bob knows his double IPAs—he sports a Captain’s Reserve Imperial IPA t-shirt. His son Bobby, meanwhile, wears a Beeriodic Table of the Elements shirt. One imagines the Yankou family gatherings are quite fun. Bob says he’s enjoyed having beers with Bobby since the kid turned 21 two years ago—and not a day longer.

If Bob Sr. has one complaint, it’s that Riverkeeper did not pick his entry in its online Name-the-Beer contest. His suggestion was Sturgeon General, while the winning entry was…Lucky Sturgeon IPA. “At least they picked something in the sturgeon family,” he says. 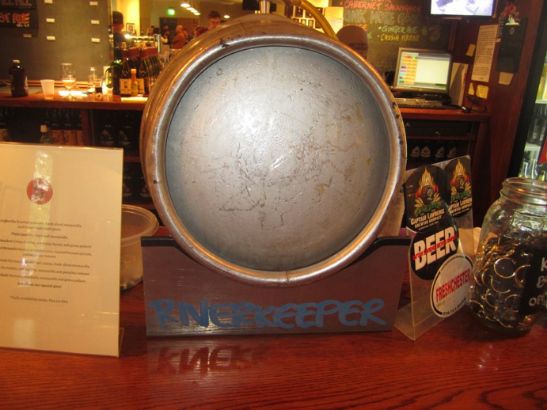 Bob is not a “super-activist,” he says, but appreciates the efforts of Riverkeeper and other environmental groups. “I like to breath air,” he says, “and do things like that.”

Across the room, Tom and Maria Robinson of Yorktown make their way in with Maria’s wife’s husband, a Slovak named Josef. Tom is a regular at Captain Lawrence, coming for the imperial IPA. (“If they don’t have it, I don’t come,” he says.) Maria does not drink beer. Josef speaks not a word of English. “If a visitor comes from a country that makes good beer, you want to bring him to Captain Lawrence,” reasons Tom. 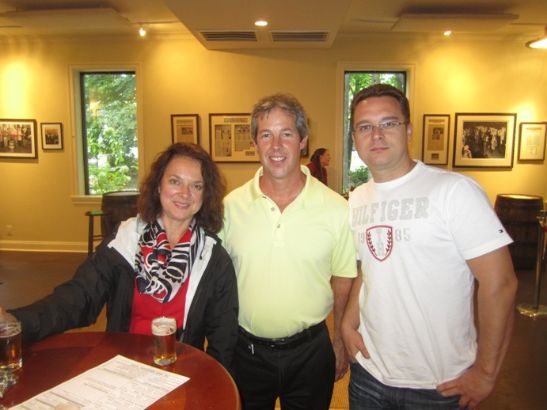 The language issue is tricky, but Maria has worked out a good system, translating Slovakian to English, and vice versa, on her phone. Josef enjoys the “Urodu Pivo,” as the Harvest Ale roughly translates to. Next up for the men: some of the “Rieka Brankar”—the Riverkeeper. (Her iPhone is still searching for the Slovakian translation of “sturgeon.”)

Also on the agenda besides Captain Lawrence for the Robinsons and Josef the Slovak—trips to the Statue of Liberty and the Intrepid.

The work day winds down and the tasting room begins to fill. The Stones’ gem “Rocks Off” cranks from the speakers. “The sunshine bores the daylights out of me,” howls Mick. Indeed, it’s a great time to duck out of the glare and sample a beer or two.

Jamie Desmond and Ashley Davis are taking a break from studying at New York Medical College just up the road in Valhalla. Fans of hearty, hoppy beers—Ashley laments the absence of the late, great Seeking Alpha triple IPA–they make a point of trying the Lucky Sturgeon.

“Hoppy, citrusy, woody,” says Ashley. “It tastes like it’s been aged in something.”

The ladies are down with the idea of supporting a worthwhile cause by draining a few samples of quality craft beer. “I can get behind that,” says Jamie with a smile. 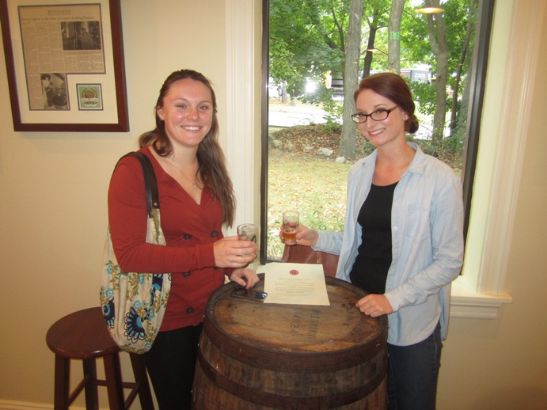 Also smiling is Dan Shapley, water quality program manager at Riverkeeper. The crowd is a good one and the new brew is going over well. Dan says both Captain Lawrence and Peekskill Brewery, which had its own Lucky Sturgeon unveiling, have pitched in in the past by hosting parties for volunteers who’ve helped out with “Riverkeeper Sweep” clean-up events. “It’s a great connection,” Dan says. “They need good water, and we protect it.”

Dan describes himself as an “equal opportunity drinker”—he enjoys a variety of beers, none more so than the others. He samples the Lucky Sturgeon, noting the major hop aromas, a hint of pineapple in the flavor, and a real smooth taste despite the robust 8% ABV.

“I’m happy we came out with something on the quality side,” he says. “It’s no surprise, since they’re two great breweries.”