People are reading
You are at:Home»Baking»Suburban Sweets: Pumpkin Cinnamon Cookies

Leaves are changing colors, costumes are being contemplated and pumpkins, squashes and gourds are being decorated, displayed and eaten.  It’s October, after all, and most would agree that this month is a particularly terrific one.  It’s special for many reasons, not the least of which is the food that most embodies the spirit of the season: pumpkin!  Once fall arrives, the flavor of pumpkin seems to make everything taste better:  soups, coffees and, of course, desserts.  There are plenty of fancy recipes using this quintessential autumn ingredient, but this lovely cookie, in all its simplicity and coziness, is my favorite. 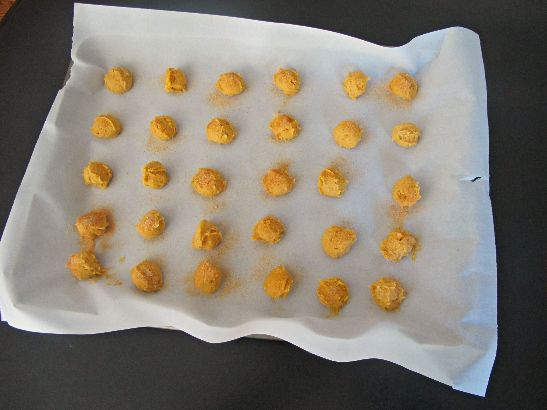 Suburban Sweets columnist Josephine D’Ippolito is a baking enthusiast whose passion began more than twenty years ago, when, on a whim, she and her college friend made a single batch of cookies from scratch. One husband, three children and thousands of cookies later, Josephine enjoys the creative and culinary process of baking more than ever. Older, wiser and slightly more health conscious, she tends to justify her habit by making her desserts on the tiny side. Quite possibly her favorite day of the year is her annual cookie exchange held each December, when she gets to revel in the talent and sweetness of her dearest family and friends.