All Hail All Hallows! 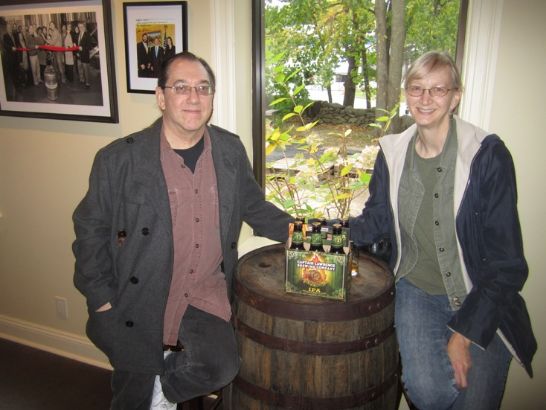 The “Halloween Apocalypse” party flyers are up at Captain Lawrence, and conversations about pale ales and kolsches in the tasting room mix with talk of candy and costumes. We may think of Halloween as a kid’s holiday, but the spirit remains very much alive in grown-ups too.

Dan Ash and Lorraine Zaranski of White Plains popped in after running errands. “We were in the neighborhood, and the cupboard was bare,” says Dan, nodding toward a fresh sixer of India Pale Ale on the table. “We keep our tokens in the car.”

The small batches are popular choices on this gusty Sunday; Dan samples the Gose Before Bros, a wheat beer with salt and coriander, while Lorraine sips newcomer Popo Zao—a fusion of English extra special bitter and German-style Kolsch. “It’s real intense, with a lemon/citrus thing,” says Dan, “and sort of a grain aftertaste.”

Lorraine’s Popo Zao is “very drinkable,” she says. And it tastes like? “Beer!” comes her reply.

We discuss the pair’s fondest Halloween memories. Dan mentions turning up for work at IBM in pajamas, slippers and a silk bathrobe. “Very luxurious,” he says of his Hefnerian get-up.

Lorraine’s favorite costume she refers to as “My Own Date”—formal gown in the front, and a men’s suit and false mustachioed face in the back. The costume was a hit at the party she went to, though her entrance needs some work. “I walked in backwards,” says Lorraine, “and tripped on the couch.” 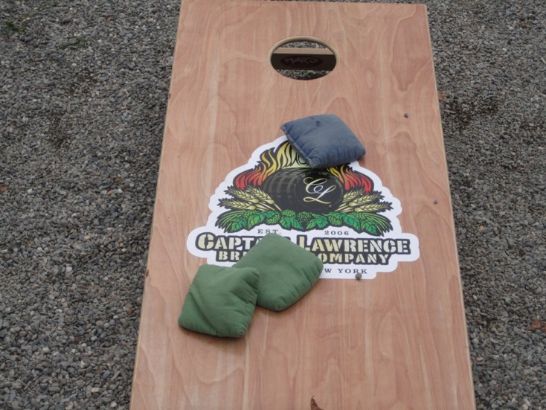 Back inside the tasting room, Bon Jovi’s “Living On a Prayer” cranks from the speakers. 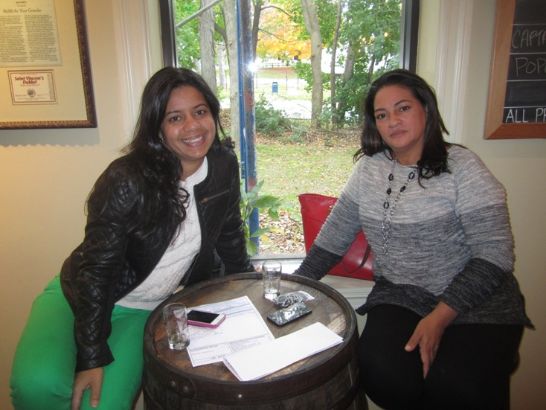 Alas, not everyone is looking forward to Halloween. Katheryne Reyes and Maria Rodriguez, both of Elmsford, are enjoying a little Captain’s Reserve Imperial IPA. “We like the beer and we like the atmosphere,” says Katheryne. “Whenever we have the chance, we come here.”

She admits it’s a tough concept for her six-year-old to grasp, though their priest down in the Bronx gave a pretty good explanation earlier in the day.

Across the tasting room, Justin Wilcox and Win Giamportone of Brooklyn are fully immersed in the Halloween spirit. The two visited Sleepy Hollow Cemetery, in search of a certain headless Hessian, before venturing over to Captain Lawrence. Win is digging the Smoked Porter. “Deep, smoky, rich flavors,” she says. “It’s for slow sipping.”

It’s only fitting that Justin is all over Gose Before Bros, seeing as it was created by Justin Sturges and Justin Perrone. “It reminds me of a sour ale,” he says. 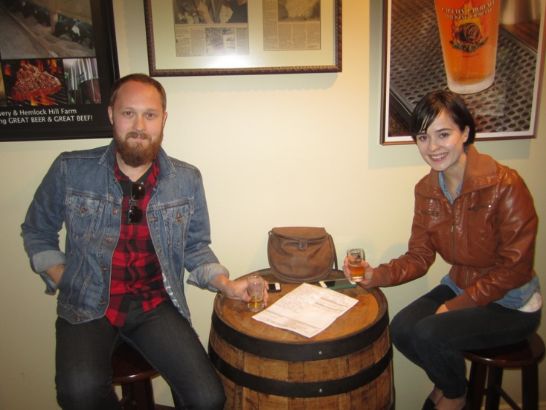 Win calls Halloween her favorite holiday. She fondly recalls working in tandem with her dad to emotionally scar the children of her neighborhood; she’d hand out candy and charm the kids, then send them off the porch, where her father would spring from the bushes in full-on werewolf garb. “He’d scare the living daylights out them,” says Win.

Justin’s favorite Halloween memories also go back to childhood, when a section of his home city of Cincinnati was closed to traffic for the day, the streets filled with costumed revelers. Like that famous horseman in a perpetual search for his noggin, Justin remains on the hunt for a happier All Hallows.

“Every Halloween,” he says, “I look for something to match that.”