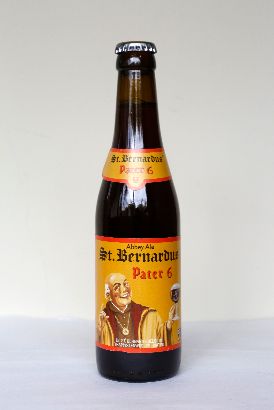 Description: Pater 6 is most commonly known as “a Paterke,” which is a chestnut colored dark beer with a high fermentation.

Tasting notes: Bernardus Pater 6 from St. Bernard is an Abbey Dubbel style beer, brown in color, is slightly hoppy, has an ABV of 6.7% and is available instore or at our online beer store.

Food pairing: This Dubbel style beer is best paired with chocolate and beef and also goes great with buttery style cheeses such as Brie, Gouda, Havarti and Swiss and pungent style cheese such as Gorgonzola and Limburger.