Recently, I was chatting with my husband and some friends about how refreshing it can be to just break your routine ever-so-slightly for a little change of pace. You know, turn right instead of left, just for the night. It’s especially important to think of little change-ups like this now that the black plague of winter darkness has descended upon us for a seemingly unflinchingly long amount of time.

But I digress, back to the optimism!

In my many years of Metro North travel, it dawned on me that I’d never had the opportunity to hop on the “red line”. Set out for parts unknown – your Larchmonts, your New Rochelle, your Harrisonsand so forth. When Club Car in Mamaroneck threw its hat in the Hudson Valley Restaurant Week ring, I indulged in a right turn and grabbed a New Haven train after work one day.

Little fact about me, there’s little I appreciate more in life than when old space is transformed in to something glorious, when it’s repurposed smartly. (I can’t tell you how many stately old banks in New York City I have stood in front of and wept with despair because they are now Walgreens or Rite Aids. Should you run in to me doing this, just let me be. Let me mourn.) Such is the case for many of the old station waiting rooms along the Metro North lines. Mostly they’ve morphed in to Starbucks – which believe me I can get behind, being the iced latte fiend that I am. However, Club Car has taken a space that formerly served as a corral for daily hustle & bustle and transformed it in to a calming escape that is downright swanky. 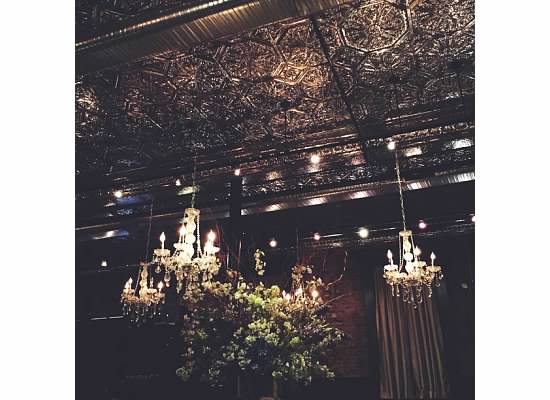 With candelabras, dim lighting and a beautiful tin ceiling, there is no shortage of ambiance. I went on a quiet Tuesday and immediately decided that regardless of how the food was, I’d be giving this place 5 stars on environment alone. But no sooner were our menus put in front of us did we fall in love with the offerings.  A bountiful raw bar boasts the usual suspects of oysters & clams on the half shell, and the not-so-usual lobster & ale poached shrimp cocktail.

I stayed on theme and ordered off the restaurant week menu, spying a polenta dish & calling it a night immediately. My husband answered his ultimate siren song – fish and chips – off the regular menu.  The appetizer I chose was a beef empanada split in twain and satiated both us happily, (though – full disclosure – we sucked down the bread basket of Panini pressed garlic bread with extreme gusto as well. THAT was a really clever & delicious touch.) My short rib Bolognese over polenta was as creamy & comforting as could be expected but the fish & chips were the star of the show. Light & fluffy, complete melt in your mouth, served with double-fried fries, corn on the cob and an entire plate of accoutrements. Magnifique, indeed.  We wrapped the meal up with a chocolate tart that had a spread of orange marmalade underneath the chocolate mousse. The hints of citrus mixed with the chocolate reminded me of my absolute ultimate – chocolate panettone. 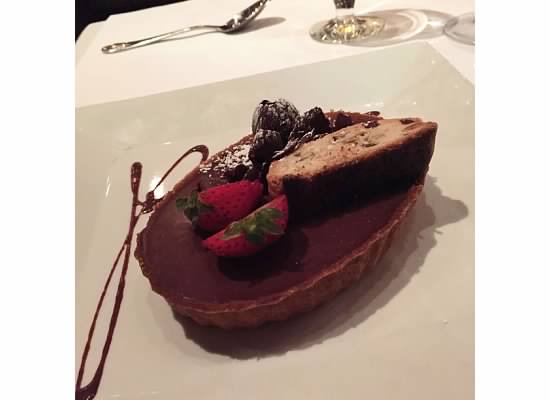 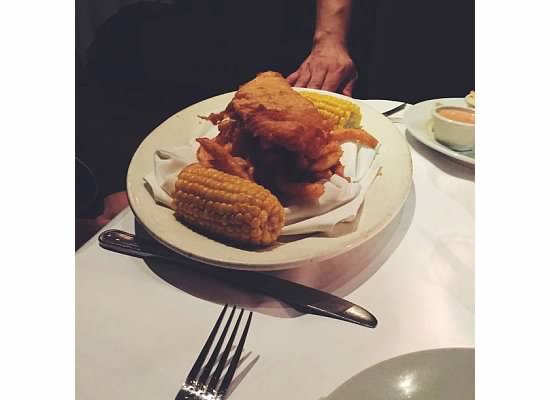 As for drinks, my husband snatched a delicious brew from Canada, La Fin Du Monde, a citrusy tripel that set the scene perfectly for his fish. I opted for a “Fireplace” which was essentially a blood orange margarita but I had the option of traditional tequila or smoky mescal. I went for the tequila and found the sweet margarita my summer was conspicuously lacking. 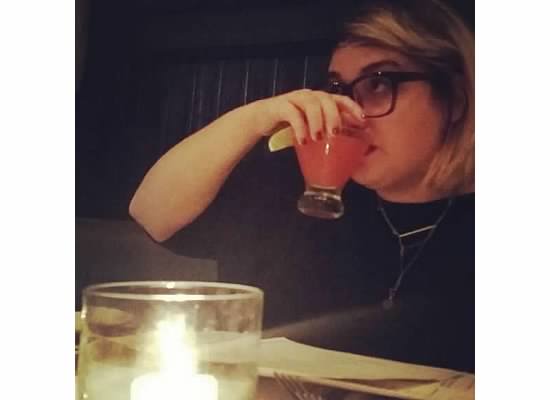 Ultimately – this is a must try. Besides the raw bar I mentioned, they offer a nibbles menu that all pair nicely with their impressive beer & wine offerings and their ever-changing seasonal cocktails. Stop by on a Sunday for a prix fixe buffet brunch where you can also pay an additional fee for unlimited breakfast cocktail mainstays, like mimosas and their ilk. The service was speedy & friendly and our server Chris was incredibly knowledgeable. He offered suggestions and support and truly did provide for an incredibly satisfying meal.

All in all, a very successful weeknight “right turn”.