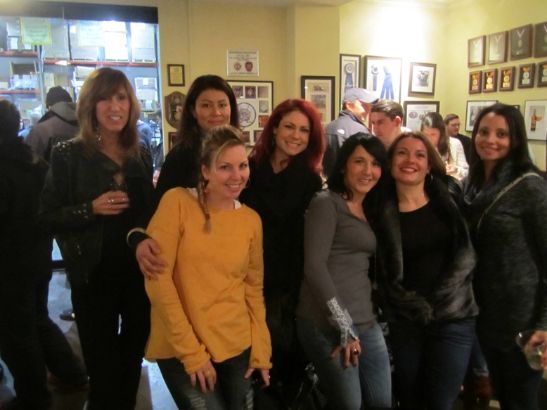 It is the time of the year for getting together with old friends, as a gang of guys from Ardsley is doing at Captain Lawrence. They’ve known each other since kindergarten, and have opted to spend the frigid day warming themselves with some tasty cold-weather craft brews.

“We’re all up for the weekend and decided to do some eating and drinking together,” says Sean Flynn, who lives in Manhattan.

The beer of choice among the Ardsley four—Flynn and Matt Schwartz of Manhattan, and Adam Long and Mike Nugent of Hartsdale—is a new espresso stout called Shakey Bones. As we discuss the small-batch beer, CL brewman Justin Sturgess walks by after leading a tour, and stops to answer a few questions about the Shakey. It is produced from the left-over wort of the popular, and potent, Frost Monster imperial stout, says Justin. “It’s not quite as high alcohol content,” he says of the nonetheless robust 7.3% mix, “but it will give you kind of an idea as to what the Frost Monster is like.” 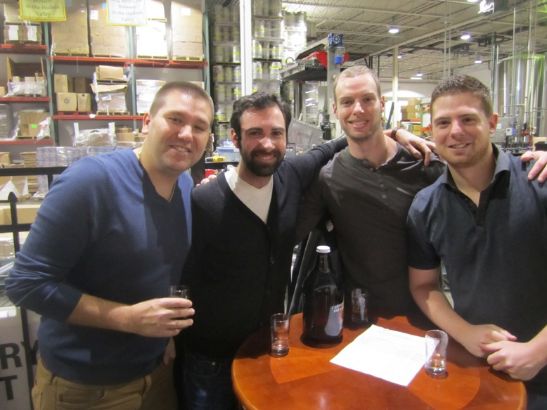 It being late November and all, I ask the guys what they are thankful for.

“My friends and family and myself are all in good health,” says Mike.

Elsewhere in the tasting room, another crowd of old friends is swelling. “We’re just getting together to celebrate,” says Anne-Sophie Pawlowski of Pleasantville, who neglects to mention that it is, in fact, her birthday.

Later, the group of ladies will venture out for burgers. But for now, there are locally brewed beers to sample. “I can’t decide what I like best…the Pumpkin Ale or the Amber Ale,” says Janet DiGennaro of Thornwood, tasting the new Amber Scrambler small batch. “I’m sorry.”

No need to apologize.

The ladies have plenty to be thankful for. “Family and friends!” sums up Marcela Provenzano. 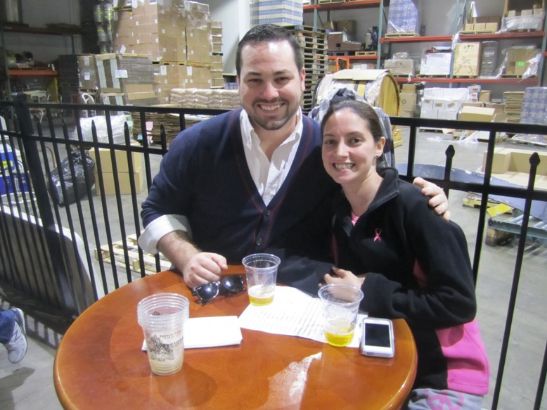 The tasting room is jammed. Sharing a table in the quiet nook in the brewing area adjacent to the tap room, Samantha Heck of Elmsford (“just down the street,” she says) and Sean Palmer of Brewster (little known fact: a “brewster” is a female brewer) are enjoying a couple brews. Samantha loves the Pumpkin Ale, while Sean is all about the Captain’s Reserve Imperial IPA. The couple was never happier than when Captain Lawrence offered an Imperial Pumpkin Ale for a short time earlier in the season.

“I’ll try everything they make, but I’ll come back to the Imperial IPA,” Sean says.

He’ll grab a sixer of the quirky new Hopsomniac, an india pale ale brewed with Stumptown Coffee, for Thanksgiving dinner. “My brother is a hop-head like me,” he says.

Sean is thankful for a new law job and “my beautiful girlfriend,” he says. (Yes, that would be Samantha, seated across the table.)

Samantha smiles. “I’ll always be thankful for my family,” she adds.

The Hopsomniac, a partnership between Captain Lawrence and Whole Foods, is also going down easily out on the patio, despite temps hovering around freezing. A hardy group plays bocce. The Gleason’s guys make pizza. Brandon Glen and Katie Reid of Stamford are huddled around a barrel. Both are from the Midwest, so a little nip in the air does not deter them.

Brandon explains how the two ended up at Captain Lawrence.

“We wanted coffee, or coffee-flavored beer,” he says.

The latter obviously won out; Brandon’s got the Shakey Bones stout (“great espresso flavors,” he says), she has the Hopsomniac. “My new favorite,” says Katie. “A little bit of IPA comes through, and it’s toffee-ish when it warms a little.”

Brandon moved east for work last year, and Katie joined him a few months ago. “It was great to experience the area in the fall for the first time,” says Katie, an Oklahoman. “And getting to do it with him was all the better.”

The pair has plenty to be thankful for—being reunited, and a late fall day when you can kind of, sort of, enjoy a beer outside. “It’s not nearly as cold,” says Brandon, “when you have a drink in your hand.” 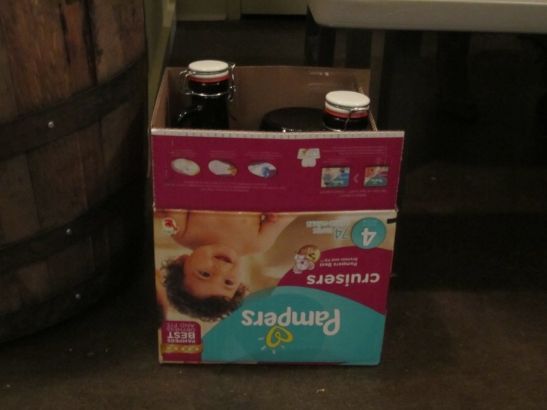