People are reading
You are at:Home»Recipes»Appetizers»Carrot Apple Latkes: A New Hanukkah Tradition at House of Bedlam 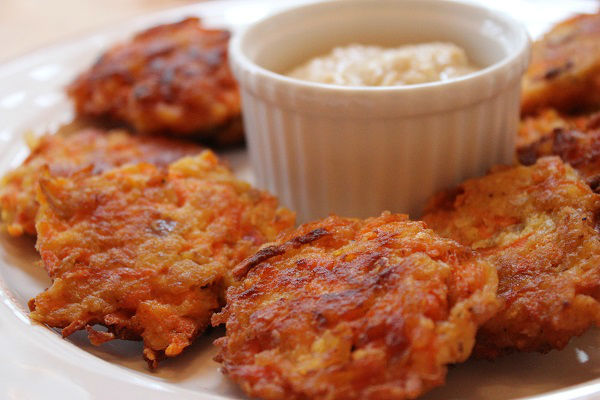 Hanukkah is right around the corner. My kids look forward to the gifts but for me it’s all about the food.  Hanukkah is known as the Festival of Lights. During the celebration of Hanukkah it is customary to eat fried foods to commemorate the miracle of the oil that burned for eight days. Traditional foods include latkes, jelly-filled donuts (Sufganiyot), and apple fritters.

So this holiday is my excuse for frying, a cooking method we don’t use much around here. Instead of the traditional latkes made with potato I’m trying something a little different this year. My secret ingredient? Carrots. If this recipe is a success, it might be the beginning of a new tradition here at House of Bedlam. 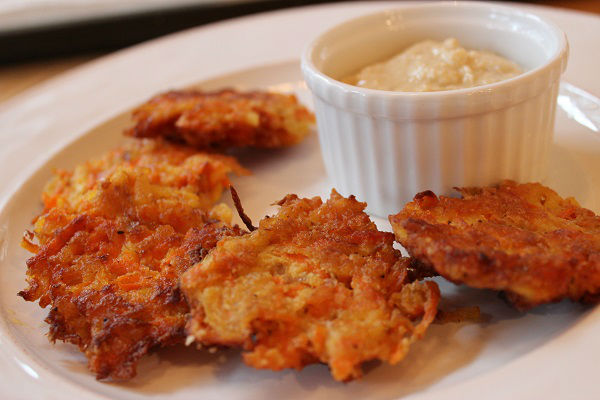 And the VERDICT is:

House of Bedlam columnist, Elaine Studdert, started cooking later in life, after having her three children. At first it was a matter of necessity. Taking three kids under the age of three to a restaurant, was just not fun in any way shape or form. So she started cooking more and more at home. As time passed and her boys got older, it became more important to expose them to real food. She didn’t want to raise her kids on processed food and knew that starting them on healthy food early was the way to go. She blogs at House of Bedlam where she creates and tests recipes each week with her kids. Follow her on Twitter, Facebook, and Pinterest.