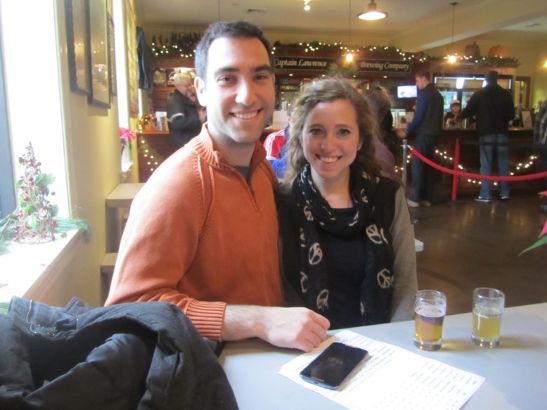 Twas a Few Days Before Christmas

Twas a few days before Christmas, and all through the brewery

There was all sorts of merriment, some flashes of foolery

People took a break from finding the best Christmas sales

An emergency text to his friends, one and all.

“Like the bat signal,” he says, to meet at the Captain

Where surely something memorable is bound to happen.

Whether they’re raking or shoveling, his friends stop their chore.

After trying the Smoked Porter, Joe Catarina itches for more. 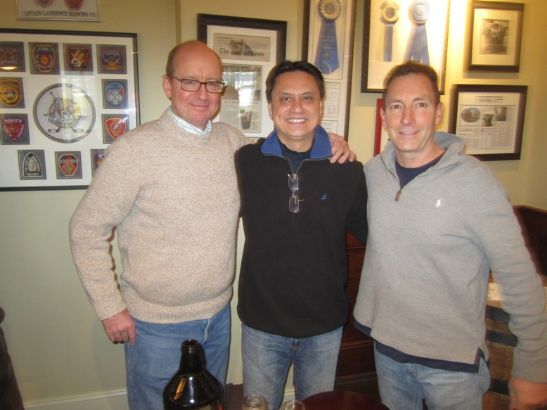 Jack Duchasnick of Yonkers was changing a bulb in his car

But a day at the brewery is better by far.

He loves the Hop Commander IPA, though he calls it “Commando”.

It sounds a bit tougher, he says, like Ahh-nold or Brando.

Speaking of Jacks, beertender Reilly gets on the PA

The young man has got something important to say.

“If your car is parked in the Budget lot

You probably want to look for another spot.”

So some head outside to move their vehicles

Before sampling more of those tasty German Zwickels 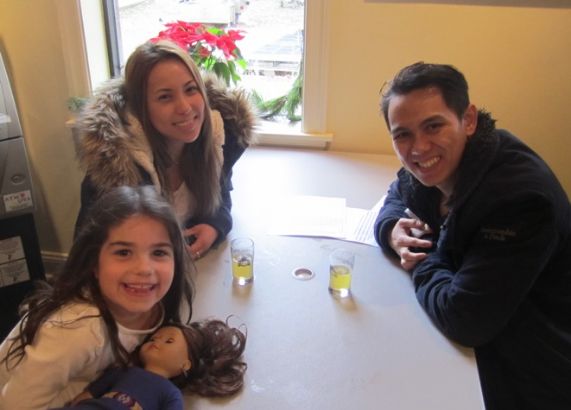 Cherish Ignacio decided to drive up from Yonkers

A gray Saturday inside was driving her bonkers.

She calls the “Point Proven” Zwickelbier “zingy and zesty.”

Her cousin Marc, on the other hand, likes the IPA besty.

Marc says he asked Santa for a million in cash

Cherish just wants her car back after a crash.

People head inside the brewery for the 2 p.m. tour

While others find those things kind of a bore.

He and Lindsay Barcham make a great two-headed beer tester.

She loves the Smoke Up, that malty smoked porter.

“It’s like drinking a barbecue,” she says of her order.

“I think it would go well with burgers and steak.”

Adam feels the Liquid Gold has no other peer.

He’d considered the tour, but is “just enjoying drinking beer.” 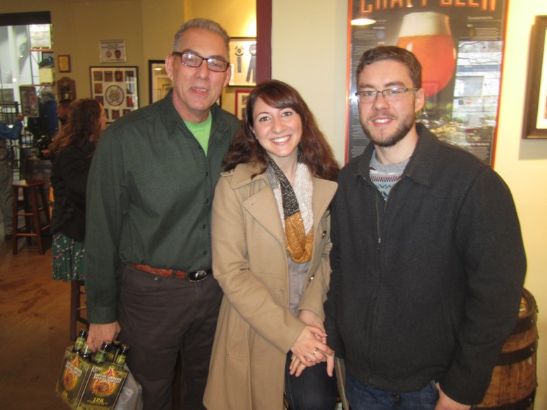 Also up from the City—Benedette and Marc Campanelli.

Marc’s uncle is hosting a bash, as he tells me.

They sampled the Sea Nymph, a hoppy small batch

That calypso pale ale is made entirely from scratch.

They figured India Pale Ale would go over good.

Marc spies his dad, also picking up a sixer.

Dad too feels the brew will jazz up the mixer.

This rhyming is exhausting so we’ll put it to rest.

But we do hope your Christmas is hands-down the best.

Whether it’s Kolsch or Frost Monster, or the Captain’s Reserve

The happiest of holidays is just what you deserve.

Best December wishes from your friends at Captain Lawrence

Have as much fun as local law warrants!