People are reading
You are at:Home»Columns»Seasonal Chef: Warmly Reminiscing with a Toas-Tite Iron

It’s finally here: Winter, in all her glory. Waking up for the past few days to snow and temps in the teens. I suppose I should be a little happy this weather held off for a while. Still, it’s pretty bone-chilling cold. Today I thought I would share a toasty, warm idea with you. Coming straight out of the 50’s and 60’s. Over the holidays my husband and I headed to my hometown of Pittsburgh to see my parents. While digging around in a cabinet looking for a cake pan we found a Toas-Tite iron. The first thing he said was “How cool, I used to make these when I was a kid!” My mother was even surprised to see it, not realizing she still had it. She remembered my grandmother purchasing it in Atlantic City of all places, when she was young. 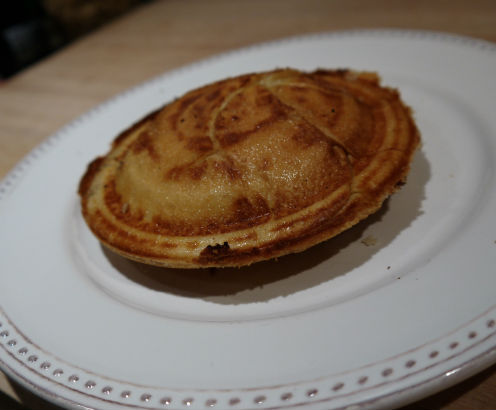 A quick perusal of the internet yielded some very interesting information. The Toas-Tite iron was created in the 40’s with a patent granted in 1949. The one my mother has, as you can see from the picture, was made prior to the patent. So I have a 70 year old model. Pretty cool! 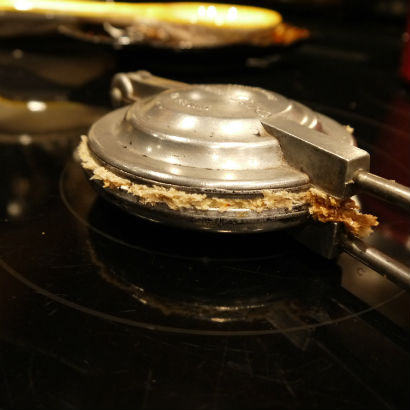 Making this nifty little sandwich is pretty easy. One of my friends on Facebook noted that it was the first kitchen contraption his mother allowed him to use as a child. You are really only limited by your imagination on the fillings. The only caution would be how much filling you add. Take care to use only about a quarter of a cup. Otherwise you will have a LOT of oozing and leaking. (Yep, that was my first, and only mistake!) 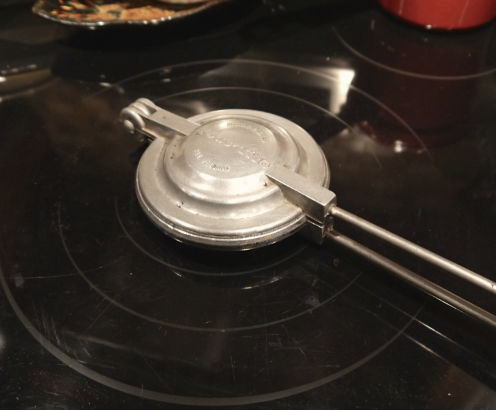 Typically it’s used over a flame, but worked very well on my electric stove. I just needed to add another minute on each side. After a little trial and error an additional spritz of Olivio or Pam along with the buttered bread, helped it release. I chalked that up to the electric stove. 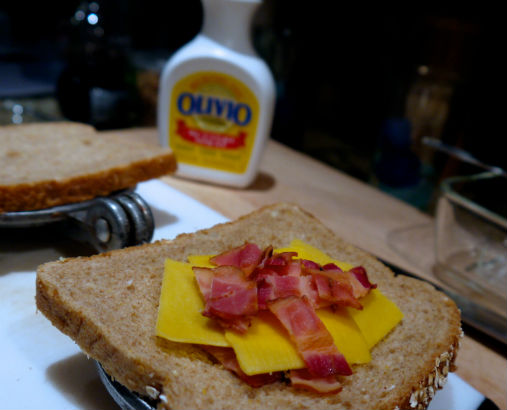 We tried a bunch of different fillings and breads. You need to find bread that is pretty square-ish to fit the circle. That would seem an easy task, except breads today are more rectangular. We also liked the whole wheat aspect, but truth be told, white bread seems to work, and taste, the best. 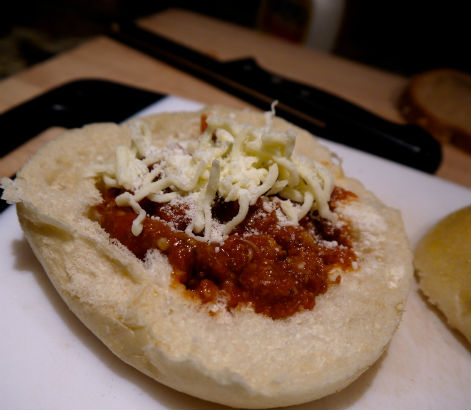 We even tried a roll, which amazingly was quite delicious too. 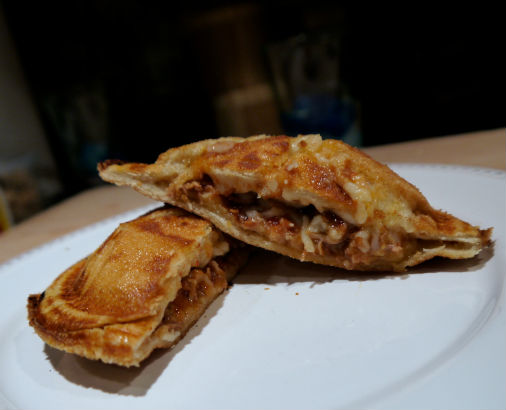 This one was dreamed up by my husband: we used a delicious meat sauce our neighbor made on New Year’s Day and topped it with mozzarella and parmesan. Really amazing! 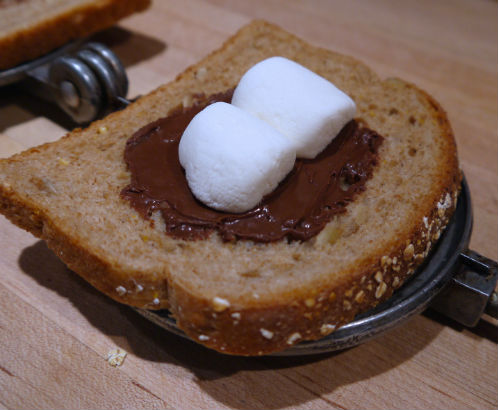 Dessert? Why not? My house is never without a jar of nutella. 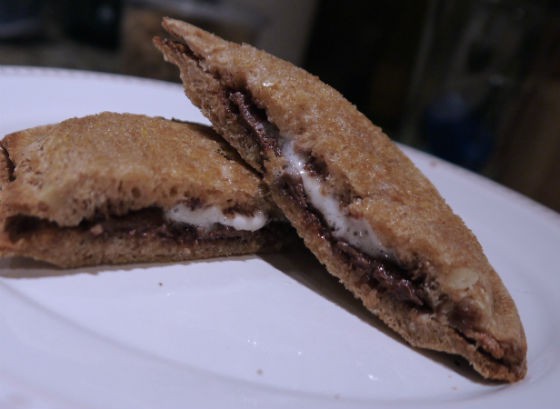 Rebuffed initially by my husband, but then grudgingly admitted he loved it!

You can purchase a Toas-Tite directly from their website, but I did find links on Amazon and Sur La Table. Dig around and see if you have an original though. You never know!

One year ago: Yellow Split Peas
Two years ago: Juicing in the New Year