People are reading
You are at:Home»Restaurants»First Look»The Oath: A craft beer sanctuary coming to Tarrytown 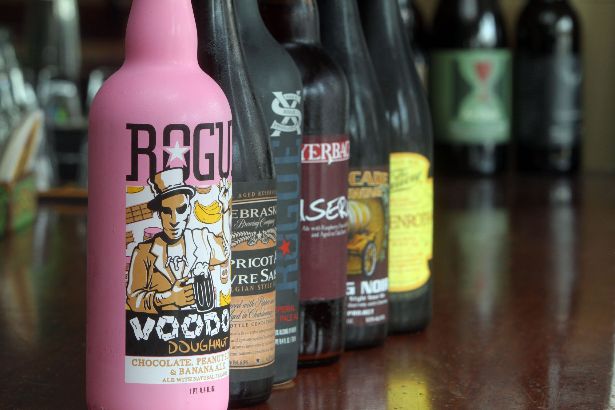 The Oath Craft Beer Sanctuary is a new bar opening in Tarrytown, right next door to the Tarrytown Music Hall in the former Santa Fe Restaurant.

Craft beer fans in Westchester know there are a few bars that really get it right, and The Craftsman Ale House in Harrison is definitely one of them. Joe Vicidomini, owner of The Craftsman, has taken over the former Santa Fe Restaurant in Tarrytown with plans to open The Oath Craft Beer Sanctuary.

“If no one else has it, that’s what we want,” says Vicidomini. “And if it’s something to do with beer, we’re going to do it.”

Expect 20 rotating draft lines — a mix of American and notable international crafts —plus many bottles of unique, and hard to find brews (at The Craftsman, Vicidomini offers more than 100 craft beer bottles). There will be tasting flights, brewer nights and tap takeovers, too.

The Oath, which sits next door to the Tarrytown Music Hall, is slated to open in late February and will be twice the size of The Craftsman. Look for a full, but simple menu of American bar food.

“The food is all about simplicity: steak, ribs, chicken and waffles,” Vicidomini says. “And we’re going to have a French fry menu.”