The craft beer business has exploded in the last five years, and shopping for a case of beer went from an easy grab to a dizzying decision as beer drinkers are bombarded with options.

The best way to conquer the beer buying conundrum is to taste lots of different styles,  and find what suits you. 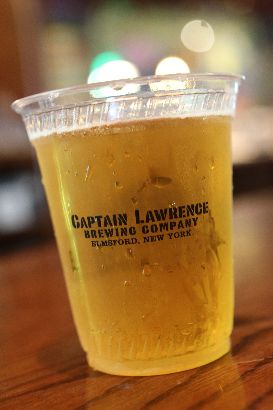 On February 7, the Big Brew New York Beer Festival will bring more than 250 craft brews to the Westchester County Center in White Plains and offer the chance to taste a full spectrum.

General admission tickets are $65, VIP tickets are $90 and designated driver tickets are $15. Purchase tickets online at bigbrewny.com, and use the coupon code LOHUD for a $10 discount.

Our favorite New York breweries will all be there, including Captain Lawrence, Peekskill Brewery and Yonkers Brewing. Expect live music, thousands of dollars worth of beer giveaways and other prizes from Half Time in Mamaroneck and food trucks selling fried cheese curds and Memphis-style barbecue.

Pick up a VIP ticket and enjoy food by Small Bites Latin Twist blogger Arlen Gargaliano. The chef from Mambo 64 is creating beer-infused fare like chorizo and chipotle chili made with Broken Heart Stout from Broken Bow Brewery in Tuckahoe (click here to read her recipe). VIP ticket holders are treated to an extra hour of festival time, and can sample from 20 cask beers.

Lohud food and beer writer Megan McCaffrey will be in the VIP area tasting and talking beer. Be sure to say hello!