People are reading
You are at:Home»Drinks»Beer»Hopslam, KBS, Nugget Nectar: Where to find limited release craft beers 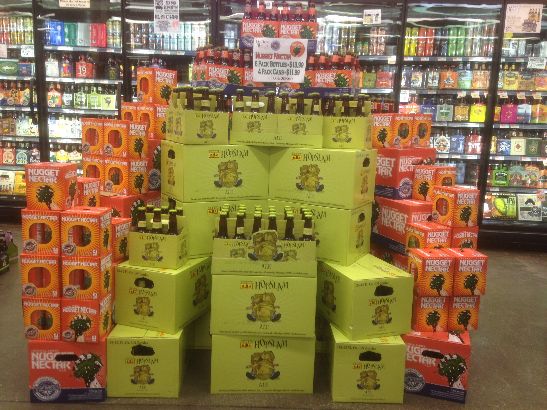 In a craft beer drinker’s world, we’re in the throes of a very exciting time of year. It’s the season of limited releases.

Three award-winning beers — Nugget Nectar from Troeg’s Brewing, Hopslam Ale from Bell’s Brewery and KBS from Founders — are distributed in an incredibly short window. None of these craft breweries are in New York, but the in demand beers can still be found at some in-the-know local retailers. But only if you act quickly.

DeCicco’s, Half Time Beverage in Mamaroneck and Growler and Gill in Nanuet are selling all three, but anticipate running out quickly.

“For weeks people have been asking us when Nugget Nectar is coming,” says Chris DeCicco, who manages five DeCicco Family Markets that will carry the three beers: Brewster,  Armonk, Ardsley, Harrison and Pelham. It comes in once a year and then that’s it until next year.”

At both Half Time and Growler and Gill, Hopslam will likely be sold out before the end of the day Saturday, but Nugget Nectar should last longer and KBS has yet to arrive in stores (look for it March 1).

“Founders doesn’t make as much KBS as Troeg’s does Nugget Nectar or Bell’s Hopslam,” says Joe Uddo, manager at Half Time. “They try to create a little bit of demand.”