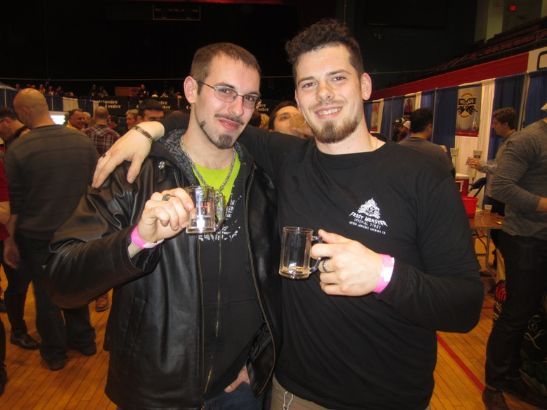 The Westchester County Center. It is home to the Westchester Knicks, a far more palatable version of the team than their varsity siblings down in the city. It is home to reptile shows, the circus, Disney Live! and, for one blessed night each February, the Big Brew NY Beer Festival.

They came from all over—far flung breweries such as Abita in Louisiana and Stone Brewing in San Diego, and closer to home operations such as Peekskill Brewery, Broken Bow and, of course, Captain Lawrence.

The guys of CL are pouring both a perennial favorite and a season-specific favorite: The Hop Commander IPA, made with West Coast hops, and the full bodied Smoked Porter that pairs so nicely with a frigid, unforgiving winter. Nick Anderson of Dobbs Ferry goes for the high-gravity black beers, and sports a Frost Monster t-shirt as he hangs out near the Captain Lawrence booth. “I turned 21 this year,” he says. “I’ve been waiting to come for years.” 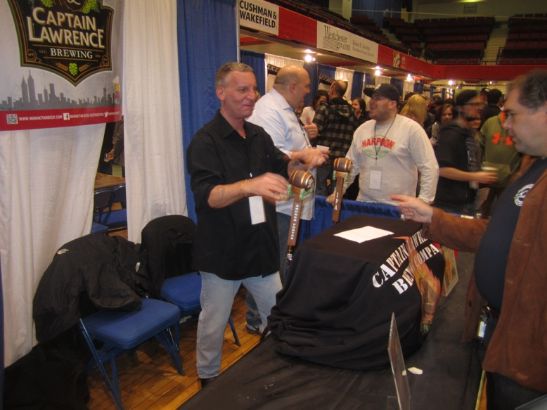 His favorites on the evening so far are Smoking Wood Rye from The Bruery out of Orange County, California, the Kelso Fuku from Brooklyn, and the Smoked Porter from Captain Lawrence. Nick is understandably at a loss to describe the scene around him. “It’s the promised land, it’s God land, it’s beer land,” he says. “It’s f***ing fantastic, that’s what it is.”

Well said, lad, and welcome to the legal drinking age. Hitting that milestone some time ago, Terry Flanagan of White Plains and Tony Desio of New Rochelle sport DeCicco’s t-shirts given out at the fest. Terry learned of the beer bash on Facebook, and was actually able to walk to the County Center. Tony describes his pal as a “scavenger” for fun stuff to do, especially if there’s craft beer involved. 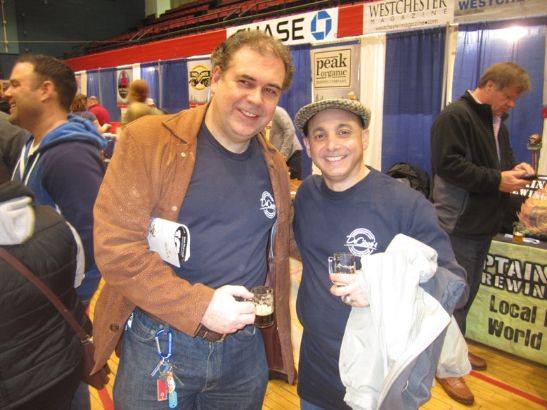 The two have been to beer events in Newburgh and at Hunter Mountain, and find Big Brew NY more, well, boozer-friendly. “I like the fact that there’s a lot of people, but you don’t have to wait in line for beer,” says Tony.

Indeed, if there’s a modest line at one booth, chances are there’s not at the guys’ next door. Terry says the beer fest has “opened my eyes to so many different breweries.”

“Love the One Your With” cranks from the house system. The mood is, as one might expect, jovial. There are pretzel necklaces and funny beer t shirts and lots of beards. A police officer strolls the floor, smiling at the colorful surroundings.

The Captain Lawrence diaspora is all over the arena. Former CL brewer Matt Levy is giving an interview with WFAS radio, which is set up on the floor; Matt departed CL to be the brewer in Peekskill. Evan Watson talks up his own Plan Bee Brewery. 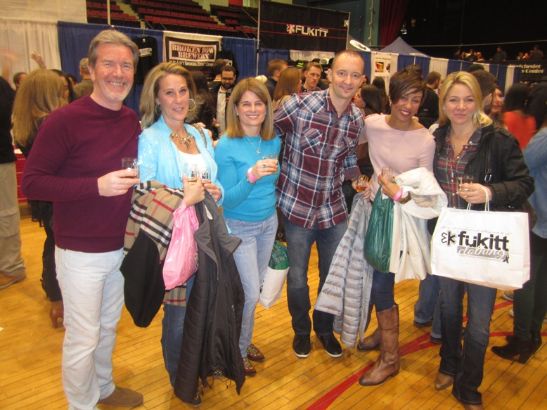 There is Dogfish Head, and Peak Organic, and Bronx Brewery; Weyerbacher, Long Ireland and dozens others. Captain Lawrence sports a new logo. Around the CL table, Don O’Neill of Stamford is making new friends. Not all bosses are horrible—in fact, Don’s told him about the festival. With so many breweries to digest, he’s got a novel strategy, snapping photos of the booths and beers he likes. Don admits it was a bit overwhelming when he and his wife walked in. 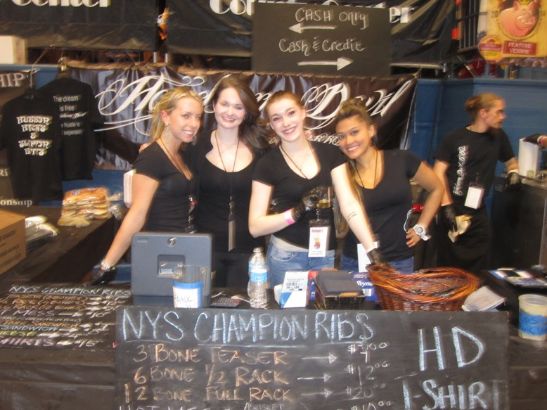 After they strolled one of the aisles, it was time to regroup. “We said, we’re only a third of the way through,” says Don. “So we had to get some popcorn.”

There is that, and hot dogs from Nathan’s, dairy delicacies from The Cow and the Curd, and spicy BBQ from the ladies of Handsome Devil.

Captain Lawrence’s packaging manager, Randy Shull, takes it all in with a grin. He’s been to oodles of beer fests, but says there’s something special about attending one so close to home. “It’s great to experience new beer, both local breweries and national,” Randy says. “It’s good to finally have a festival in our own backyard.” 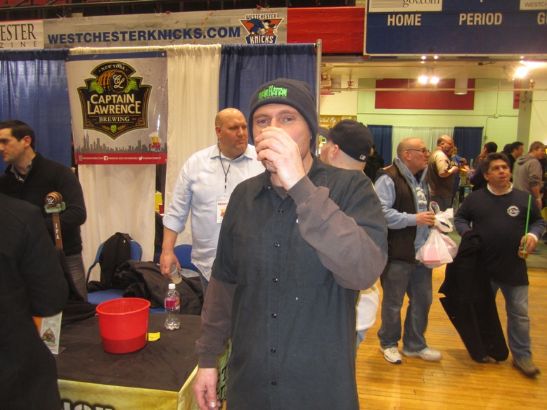