Spring Not Quite Sprung, They’re Grateful for Grapefruit 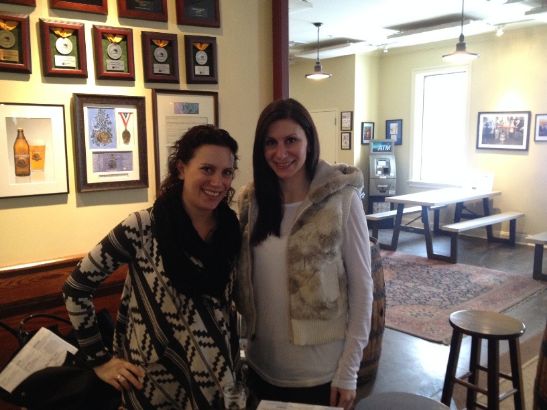 It’s that blessed sign of spring in the offing—pitchers and catchers have reported to spring training, and ballgames in the sun baked, so called Grapefruit League will soon commence. Perhaps that is why grapefruit flavors are on the brain, and the palate, at Captain Lawrence.

It’s a frigid Saturday, yet another substantial snowfall in the immediate forecast. Fittingly, the Police’s “Invisible Sun” plays in the tasting room. Howie and Kate Eaton of Cortlandt Manor have “snuck out,” in Howie’s words, while his mother watches the kids. He has the Point Proven pilsner, she has the Grapefruit IPA.

“We’re going to fill the growlers before the storm,” Howie says, leaning toward the small batch Grapefruit IPA and another to be determined.

If Grapefruit IPA does not strike you as the most scintillating moniker for the citrusy, 6.2% ABV india pale ale, you’re not the only one. Finalists in the beer naming contest include Rubylicious IPA, Grovestand IPA and Grapefruit Riot. The winner, like Howie’s second growler, is to be determined. 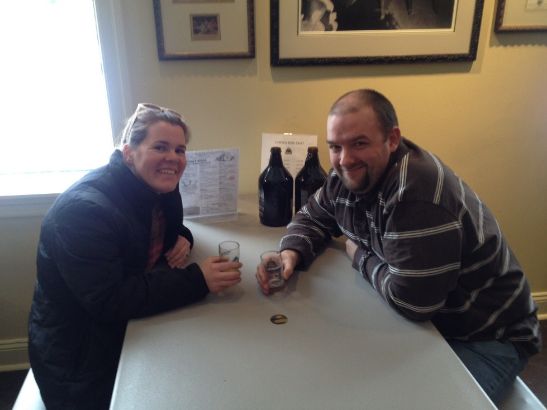 Kate has the right idea. Yes, there’s more snow coming this afternoon, but she’s looking forward to some good “snowman snow” atop that frozen tundra stuff we’ve been stepping over for a month. The Eaton children can’t feel too left out; after all, Mom and Dad brought them to the tasting room the previous week. Kate likes that Captain Lawrence is family friendly: “You never feel like you can’t bring the kids,” she notes.

Across the room, Krista Gambacorta of Hartsdale has brought her kid sister, Amanda Brown of Larchmont. Krista planned to meet up with pal Lauren Sanchez of White Plains, and Amanda is along for the ride—sampling beer and enjoying the tasty cheese plate from Gleason’s. “She’s my older sister—she had to take me,” explains Amanda.

The ladies admit to a bit of cabin fever amidst this unforgiving winter. “There’s not much stuff to do when the weather is horrible,” says Amanda, speaking for the whole of the region.

Adds Lauren, “It’s nice to have this so close to home.”

Spring will come, it always does. “Invisible Sun” has given way to “Walking on the Moon” on the speakers. Today’s temp on the moon? Around 253 Fahrenheit, though much colder at night. 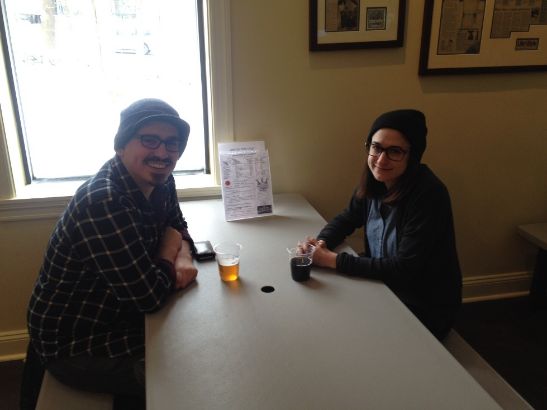 Former Captain Lawrence staffer Nick Schwartz of Beacon figured it was a perfect day to pop in and see his old pals, including Dennis and Craig behind the taps, and brought Christina Manolatos of Pleasantville along for the excursion. She too is a former brewery staffer—Christina was a server at the Peekskill Brewery restaurant. Both had a hankering for something grapefruit. “I was looking for it,” says Nick, who has been sipping the citrusy Sculpin from Ballast Point of late.

Christina had waffles for breakfast, and figured the small batch Kirk Lazarus, a dark witte ale brewed with orange peel and chocolate malt, was an ideal extension. “I was looking for a good breakfast beer,” she says. “It’s got good balance and tastes good for the morning.” (For the record, it’s after noon, but not by much.)

Asked how they’re coping with this harsh winter, Nick—now working in green pharmaceutical marketing–raises his cup of IPA. Christina has been double fisting—beer in one hand, book in the other. “It’s too cold to go out,” she says. “I’ve been drinking and reading a lot.” 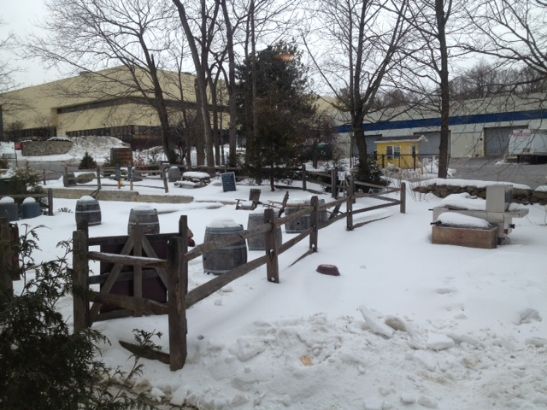 Talk about walking on the moon—her current book is the National Audubon Society Field Guide to the Night Sky. The grapefruit beer will have to hold them over until they can actually check out the night sky. “I’m excited Captain Lawrence came out with a Grapefruit IPA,” says Nick. “It reminds me of summer—which we desperately need.”