Do you have a pressure cooker that’s sitting around and gathering dust?

It’s time to start using it!

I must admit, I haven’t gotten a copy of the book yet, but I already put in for a signed copy to go along with the class!

I do however, own a pressure cooker, and I do use it!  I’m a bit more of a fan of the slow cooker- I like the idea of coming home to dinner already made, but for me, the pressure cooker is a close second!  If you do things like chop up onions and garlic ahead of time, you can have dinner on the table in just a few minutes!

JL has shared her love of the pressure cooker here before.  As she points out, it saves you time, saves you money, and seems to be a pretty nutritious way of cooking!

I probably use mine most often to cook up beans and to make veggie broth- two thing that JL mentions, but I do make some meals, too!

I’m a big fan of risotto in the pressure cooker. 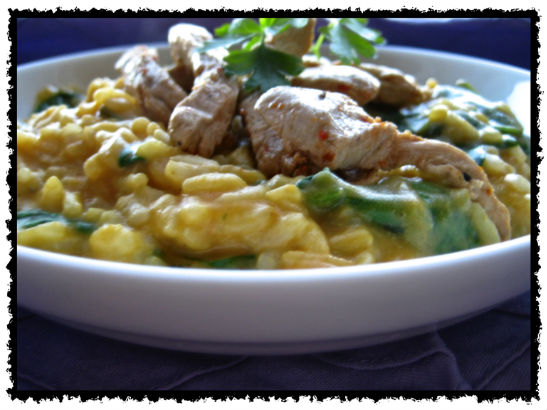 (No worries- those are “Chickenless Strips” on top.  All vegan!) 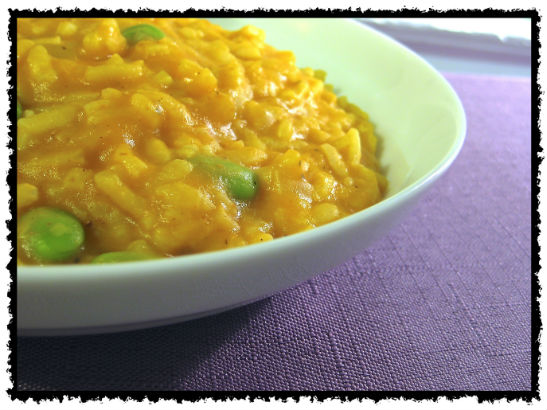 Risotto with pumpkin and edamame.

And it not risotto made from rice, a similar dish made from barley! 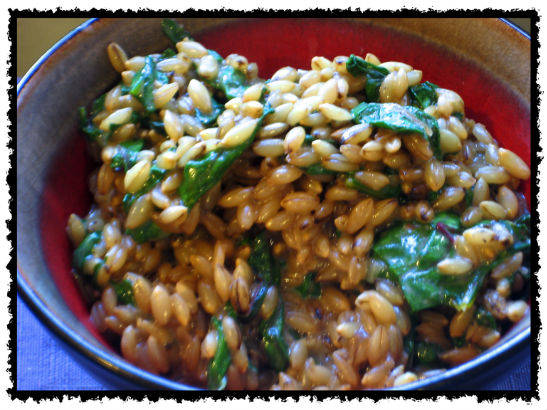 I’m looking forward to attending JL’s class, but if you can’t catch her on Sunday, perhaps you can catch her on Saturday, where she will be doing a demonstration at the NYC Veg Food Fest!  This will be the first year that I won’t be able to go to the festival, but I’m sure that a good time will be had by all!

So don’t forget, you can check out the Vegan Pressure Cooking 101 class at Recologie on Sunday, March 15th, and the NYC Veg Food Fest on Saturday, March 14.  Next weekend will be a great time for vegan food and pressure cookers!