(Sung to the tune of “The Piano Man”, with our apologies to Billy Joel)

The regulars file in for a brew

They want porters and ales and Point Proven pilsner

And that Frost Monster imperial stout too. 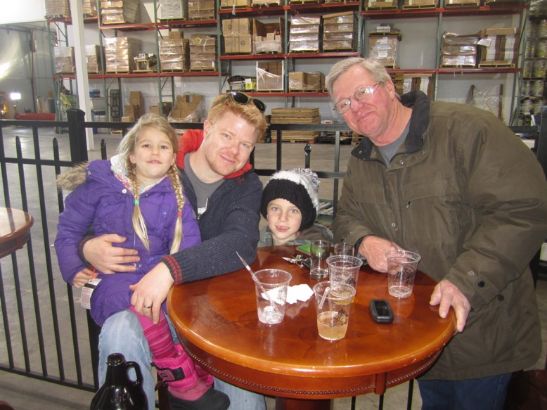 Kids Oliver and Ella too tagged along.

Ryan says, “I naively thought we’d be outside.”

But his take on the weather was wrong.

A pretty good show by the clan.

Jeff says it was four on vacation, a cause for celebration

When they hung with his 91-year-old man.

Pour me a beer, you’re the brewery man

Pour me a beer right away.

Just give me a sample of Freshchester

One chip I gladly will pay.

David Ergenc too lives in Tarrytown

But his accent reveals he is Swiss

As a Czech, she is no Swiss miss. 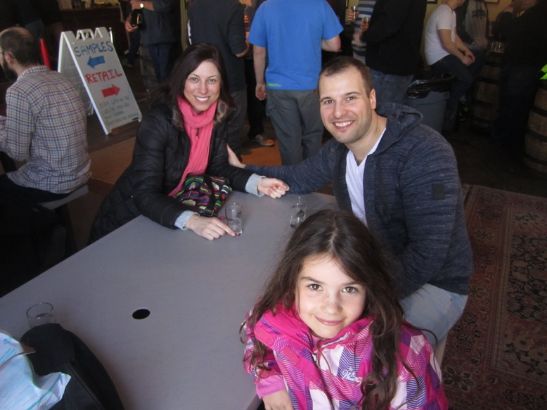 She has the wheat ale they call Twang

Monika sips on the brew, pauses a moment or two

Then says, “I can sure taste the yeast.”

He prefers his beers with big hops.

He says, “It’s piney and floral”, to spill it would be immoral

Forget about that doofus ahead me

Just hurry up with my own order.

Now Mike and Gabby Smith are from Hartsdale

They drove straight to CL after skiing.

Mike says that the hills, and winter time’s chills

Are essentially his reason for being. 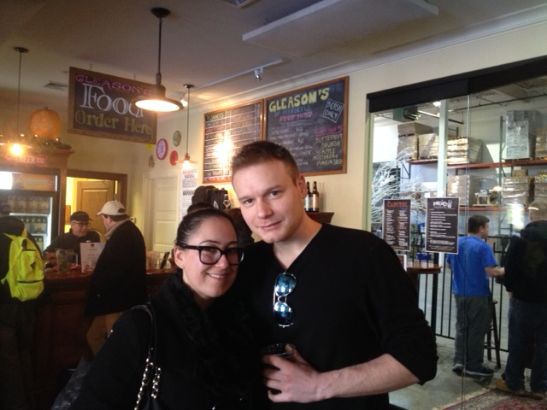 He has 12 ounces of Frost Monster

While Gabby has a cup of Pale Ale

Fill up my cup right up this second.

Cuz the Kolsch and the Twang and the Liquid Gold

Flora Rodriguez heard of the Captain on the radio 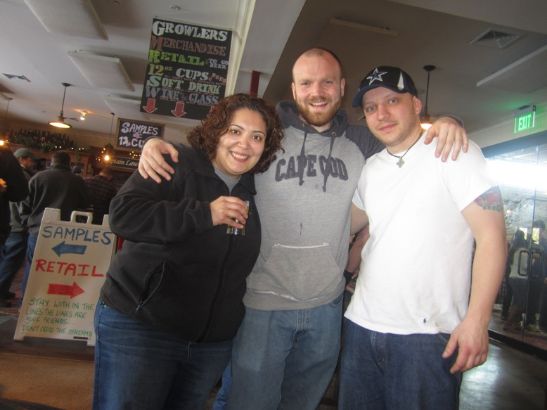 And so they schlepped all the way from Connecticut

To check out Captain Lawrence for themselves.

And sample the potables, see which are most notable

And perhaps pick out some merch from the shelves.

To sip from my gallon while watching Jimmy Fallon

And thinking of the fun I had today.

Yes, winter will soon be a memory

And the snow finally gone from the grass.

We’ll sit on the patio, play some bocce, Daddy-o,

Count our blessings as you fill up our glass.