As promised, I attended JL Fields’ Pressure Cooking 101 class this past weekend.  I was not disappointed!  I also had the good fortune of picking up her book, and I am excited to use it.

As I mentioned in my last column, I’m not a stranger to the pressure cooker, but I am definitely looking for more variety in use of it.  After all, there is more to be made than plain beans, veggie broth and risotto!

Of course, you should make those too…

So what did I learn?

For one, I am definitely interested in an electric pressure cooker.  I have a stovetop model, and while there’s nothing wrong with it, I want the freedom of a pressure cooker that doesn’t need babysitting!

Two, like JL, I am a lazy cook.  This is partly why I have loved the slow cooker so much, but I’m thinking pressure may be where it’s at!  This is why I want a digital/electric pressure cooker.  Because they’re for lazy cooks!

Three, maybe I don’t hate mushrooms.  Not a pressure cooking thing per se, but a testament to JL’s recipes.

Which is why even if you couldn’t make her class, you should sill get a copy of her book.

So what did we make? 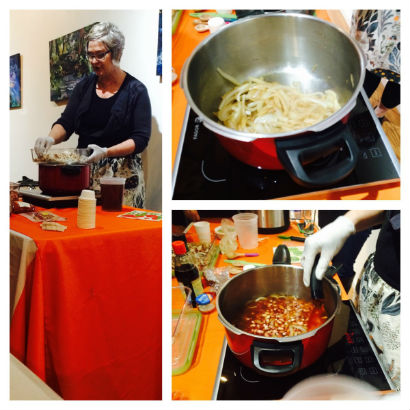 The rice was nice, but the beans… the beans were out of this world amazing.

The beans were based on the idea of ham and beans, a dish JL grew up with.  It’s not something I grew up with, but I could have eaten the entire pot worth of beans by myself!  So, so good.  And yes, it tasted like there was ham in there.  Crazy, right? 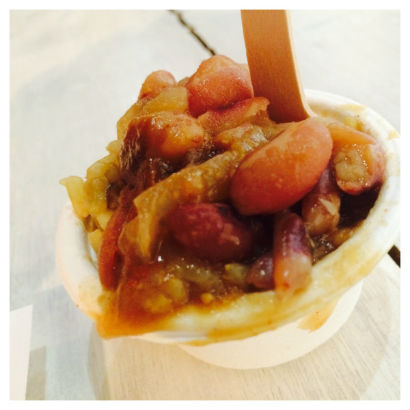 Both of the recipes are featured in JL’s book, Vegan Pressure Cooking.

I don’t often wax poetic about a book here, but how often do we have one of our Lower Hudson Valley friends writing a vegan cookbook?  And an awesome one at that!