Sun Blocked Out, But Fun Goes On 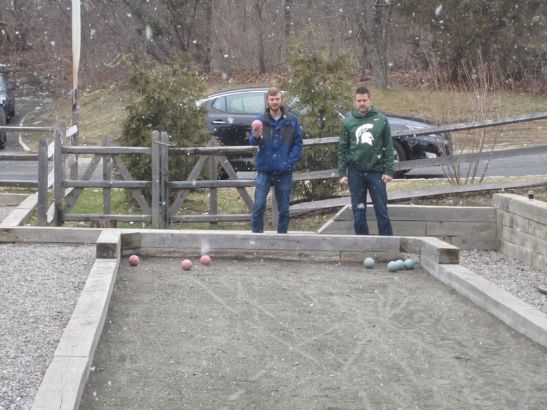 Yup, it’s snowing in the spring. Not a lot of it, but it’s there—late March snow. Yet the frozen precip has not prevented a gaggle of New Jersey guys from playing bocce outside the brewery. “We saw an open course, and said, why not give it a shot?” says Ryan Jahnke of Oradell.

It’s fitting that he and pal Dave Turner are indulging in winter sports; both are, after all, hockey writers. Dave had been planning this cross-Hudson trip for some time. “I’ve been trying to get them to Captain Lawrence for weeks…months,” he says. “We love craft beer.”

Both are enjoying the Smoke Up smoked porter, and Dave has taking a particular liking to the Seeking Alpha triple IPA, made with tomahawk, mosaic, cascade and citra hops. “You don’t realize it’s 11% (ABV),” he says. “It’s really smooth, considering what it is.” 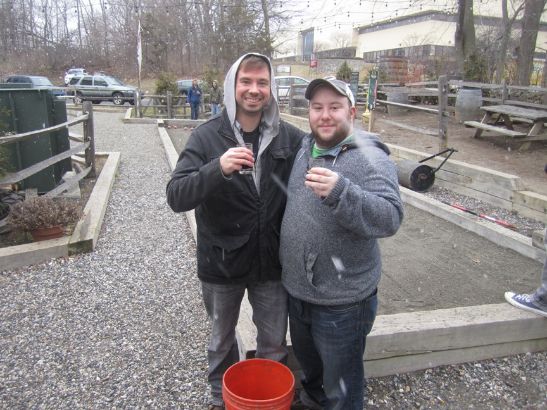 The guys say the weather isn’t getting in the way of a good, vigorous bocce match. “You get used to the flakes after a half hour,” says Dave.

Inside the brewery, the staff is setting up for the evening’s wedding. Matt and Chelsea Birzon of Pleasantville recall their own nuptials—it was only in June—at Westchester Country Club in Rye. “I had no idea you could do it here,” says Chelsea. 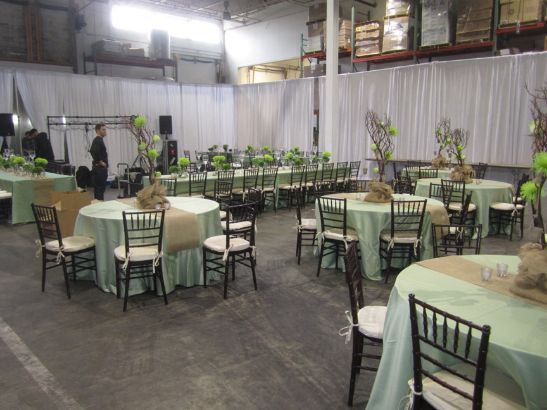 She’s sipping the funky wheat ale Sun Block, and holding out hope for the spring weather. Matt goes for the full-bodied stuff—the smoked porter, the Palate Shifter imperial IPA, and plans to sample the Seeking Alpha as well. The pair was making a stop at the Westy storage facility across Rte. 9A from the brewery, and decided to pop in. “Coming over here made the whole experience less painful,” Matt explains. 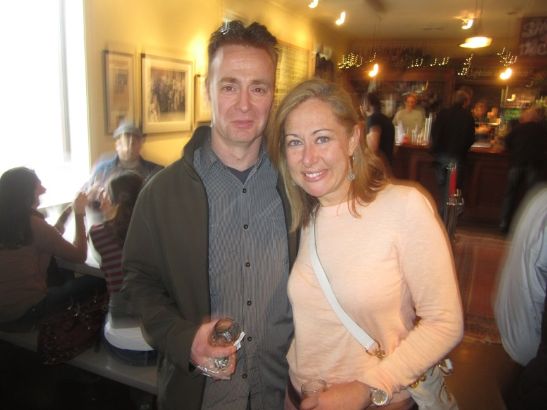 Across the room, Rachel Carvalho of Queens also enjoys the Sun Block. Rachael saw “hoppy” in the ale’s menu description, translated it to “happy”, and gave it a go. Pal Robert Aloysius of New York City enjoys the flagship Freshchester Pale Ale after a sample of Sun Block. He’d been to Captain Lawrence’s old Pleasantville locale, but it’s the first time at the Elmsford tasting room for both of them.

Hard as it may be to believe, baseball starts next week. Robert will try out a new team this season. “I’ve always been a Yankee fan,” he says. “But the Mets are a lot more attractive this year.”

He may be a fair weather fan, but any mention of fair weather brightens our spirits. The weird weather determined the couple’s plans on this day. “It’s a snowy Saturday—it seemed like a good thing to do,” says Rachel.

Same goes for Ana Nunez and Leslie Hand, standing at a nearby barrel adorned with a pitcher of the Belgian style Liquid Gold. “There’s not much else to do in this weather,” says Ana with a shrug. 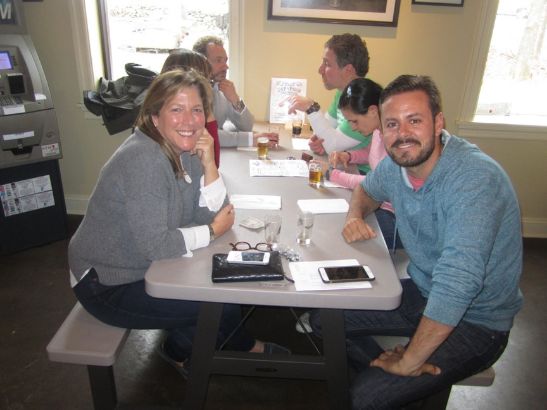 Across the room, Andres Carrasco of Rye is dreaming of tropical temps—and his own brewing operation. A Spaniard, and a tennis instructor to boot, he’s planning to open a brewpub back in Barcelona, and is doing some field research with his friend Leslie Alberti, also of Rye. The operation’s name, Coco Vail, marries the tropical weather and the snow—not unlike springtime in New York, come to think of it. “I see a niche there that needs to be filled,” he says while sipping the Hop Commander IPA.

Meanwhile, out on the patio, the snow continues to fall, as do the bocce balls out of the hands of the Bergen County boys. Both the smoked porter and the triple IPA do wonders in terms of warming up cold souls, if not hands. “Beer and bocce,” says Dave Turner. “They just go together.”