People are reading
You are at:Home»Recipes»Main Courses»Chicken»Chicken Pulao (Pilaf) with Quinoa 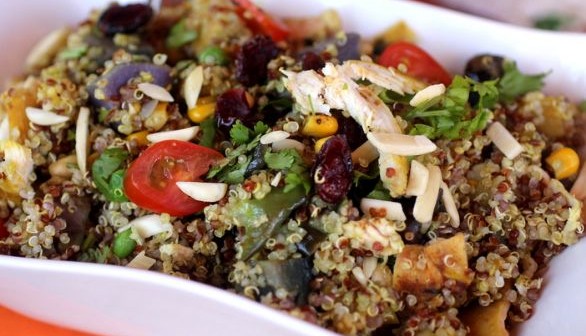 I often find is surprising when I find grains such as millet, wheat berries, amaranth and bulgur referred to as ancient grains, whole grains I like, ancient grains I am not so sure about. These grains tend to be a core part of the Indian kitchen and are used in everyday cooking both traditional and modern. Having said this, there are grains from other cultures that tend to find their way into the Indian table, and quinoa is one of them. 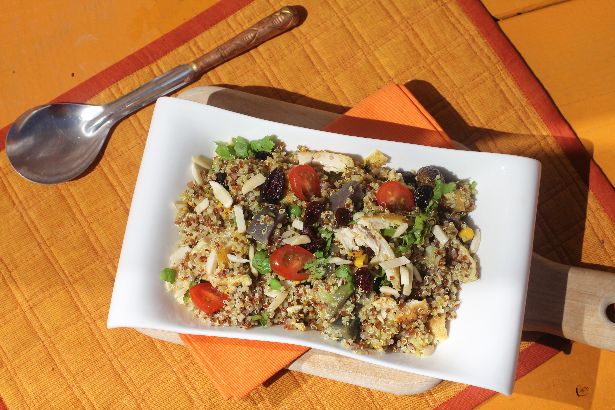 Indian farmers are now growing and harvesting quinoa, and given its mild and flavorful temperament, it does not surprise me that quinoa fits in well with Indian flavors. I tend to use quinoa a lot, mostly because my kids love it. Sorry, home food critiques rule and it is very nutritious and pairs well with most things to boost their nutritional profile. Take for example this chicken stew or curry that I had cooked up a while back. 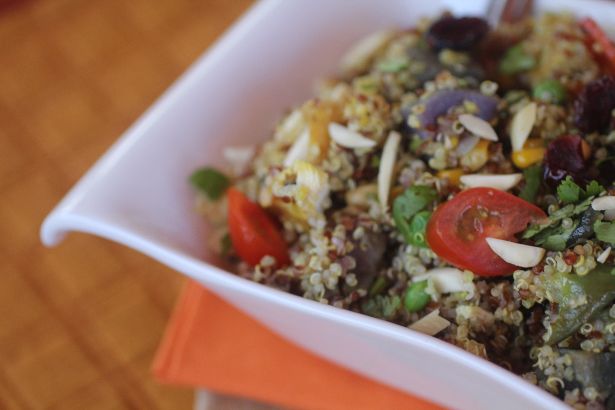 Today, I decided to take quinoa out of its boring “superfood” image and give it a very festive take. I subbed it for rice in an Indian pulao, it was all dressed up with nuts, raisins and cranberries and well perfumed with cinnamon and cardamoms and was ready for a party. In this recipe, I actually use leftover chicken that I had from this roast chicken recipe that I had made earlier during the week.

This colorful and easy quinoa chicken pilaf is a favorite in our house, give it a try and you will like it too!