I am reaching into my Greek roots for the next few weeks and doing a little baking. If you follow my blog you will no doubt realize I rarely bake. When I do it’s with some, well, great reluctance. You don’t typically find chefs that like to do both. Some gravitate to savory and some to pastry. Every now and then I reach in the cabinet and put my Kitchen Aid to good use. Last week after spotting some stellar baked goods on my friend Arty’s Facebook page I decided to spend the weekend baking. I tried my hand at koulouri (koo-LOO-ree), Greek street food, and was very pleased with the outcome. Koulouri is similar to what we would see as a pretzel here, sold from street carts all over Greece.

In my research about koulouri it seems to have originated in Thessaloniki, the second largest city in Greece, north of Athens. I read that it came with the refugees in the early 20th century from Turkey. I was fascinated by this because my mother’s family emigrated from Constantinople to Thessaloniki during that time. (I wonder if they too ate these back then?) You can still find koulouri, known as simit or simiti in Turkey, Lebanon, Syria and Egypt, in street carts.

With my ancestors whispering to me I gave this a whirl. Koulouri are quite easy to make and in fact so easy to find in Greece, no one really makes them at home, according to my friend Greg. They are as readily available in Greece as a pretzel on a cart in Manhattan. Here in the US you find them in Greek communities like Astoria. 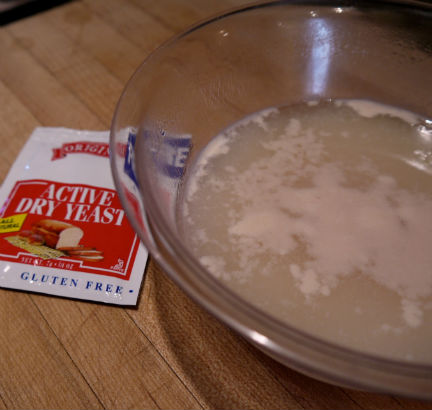 If you Google “koulouri” you will find a number of recipes. Basically it’s yeast, flour and water. I added a little sugar to my yeast, but you really don’t have to. Just let the yeast come to life for about five to ten minutes in warm water. 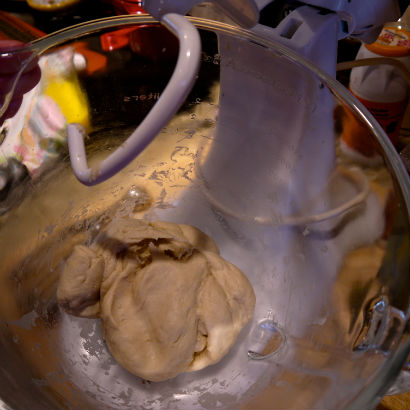 If you have a Kitchen Aid mixer working the dough will bring it all together in no time at all. 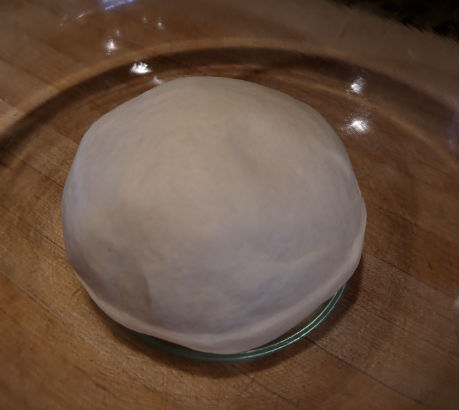 Then let it rise. 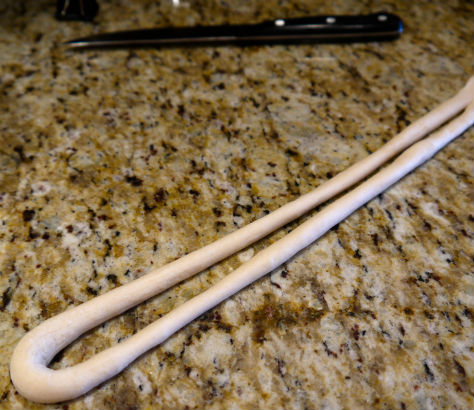 I divided up my little ball of dough into eight pieces, but you could make them larger. 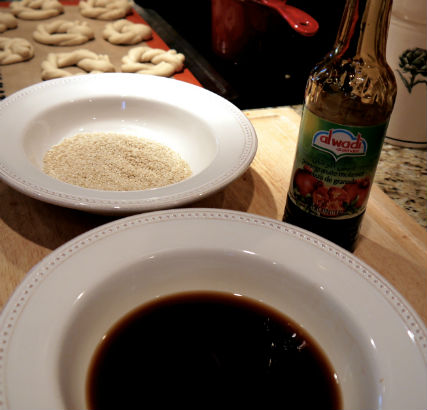 In several recipes I read it was suggested to use a grape molasses called peptimezzi diluted in water to flavor them. You dip the dough in the water and then coat with sesame seeds. I didn’t have peptimezzi in the cabinet, but did have pomegranate molasses, and that worked beautifully. You can just use water, though. 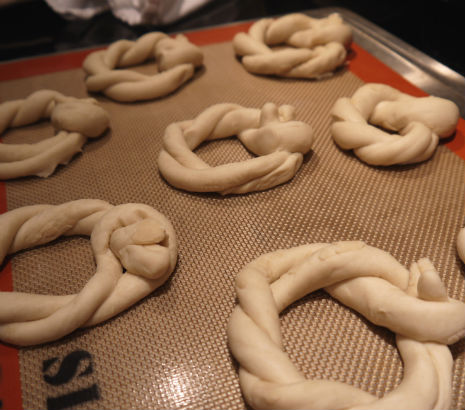 Once coated you bake and cool. Traditionally they are served with kasseri cheese and olives. I opted for kefalotyri cheese mainly because that was what I had in the ‘fridge, and a really tasty Prosecco Cheddar found at Whole Foods. Honestly, I think any cheese would be magnificent. 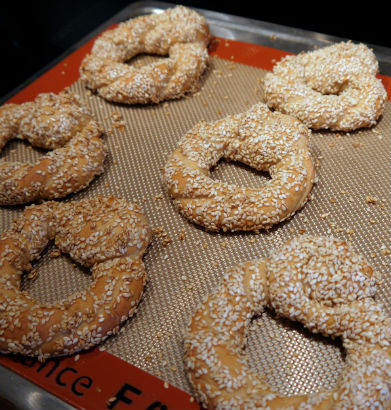 My only suggestion would be to eat these pretty quickly. They hold up well for about 24 hours and then they get a little hard. I don’t think you will have to worry though, they are pretty darn tasty and little addictive. They will be gone fast! Click this link: to see my koulouri recipe.

One year ago: Rediscovering Sardines
Two years ago: Cooking with Parsley and Basil