People are reading
You are at:Home»Columns»Samosa Meanderings_Part 2_Calcutta Wrap and Roll

So, folks we are back to the second week of meandering in search of samosas, my first post on this was last week. This week I went to Calcutta Wrap and Roll, a cheerful café style Indian restaurant that mostly offers an interesting and serviceable menu for food on the go. The do have a handful of sit in chairs. The menu has lots of character, with dishes that are accentuated with the names of the owners and their family members. A nice blend of staples and offbeat items. 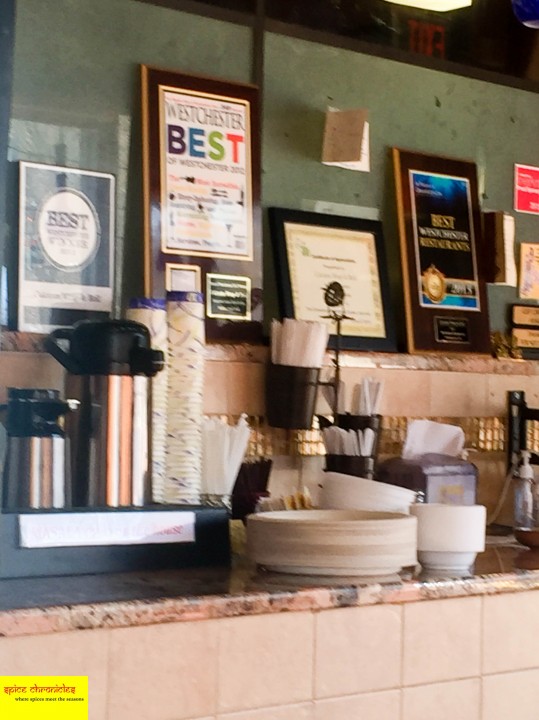 Since I was on a samosa quest, I ordered my preferred order of samosas (which were priced at $3 for a pair) and when I asked them for tea, I was told that the chai was on the house!!!

Seriously, they are lucky I do not live any closer as I would be possibly visiting the house very often for chai. I took the time to also order a couple of order starters such as their fish chops (a Bengali specialty) and the rolls that the restaurant is named after.

The fish chops could have been better but the rolls were very good, and now down to the samosa.

The order brings you two petite samosas, that have all the trappings of a nicely hand shaped packed. A light and flaky shell and delicately seasoned potato and pea filling. 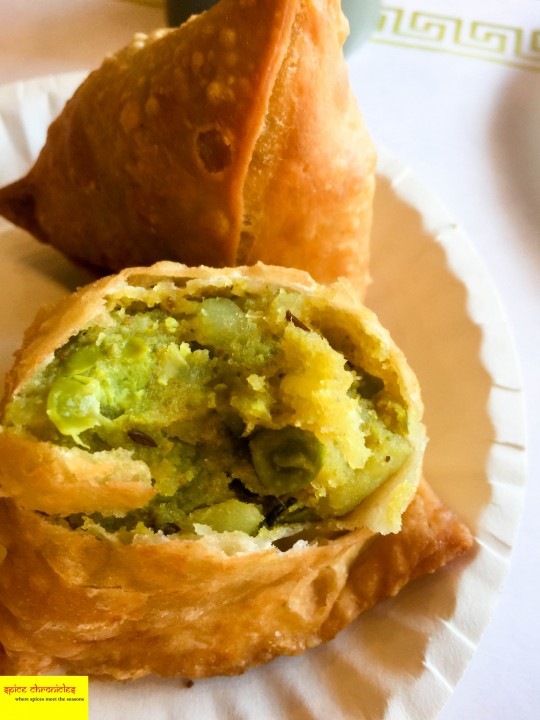 As for the chai, honestly I had little or no expectations, but it was pretty decent. As you pour the tea out of the carafe you are greeted with a heady and fresh scent of cardamoms, score one. It is fragrant and seems to have just the right amount of milk now the tea itself seemed just a little watered down, better than some but not quite the best however still putting this affectionate and intimate little joint well into the running.

The bonus note, was actually their music, they were playing a very well thought out selection of Indian music very different from the hackneyed and jaded fare found in some places. After all, music is important in making our food experience good. 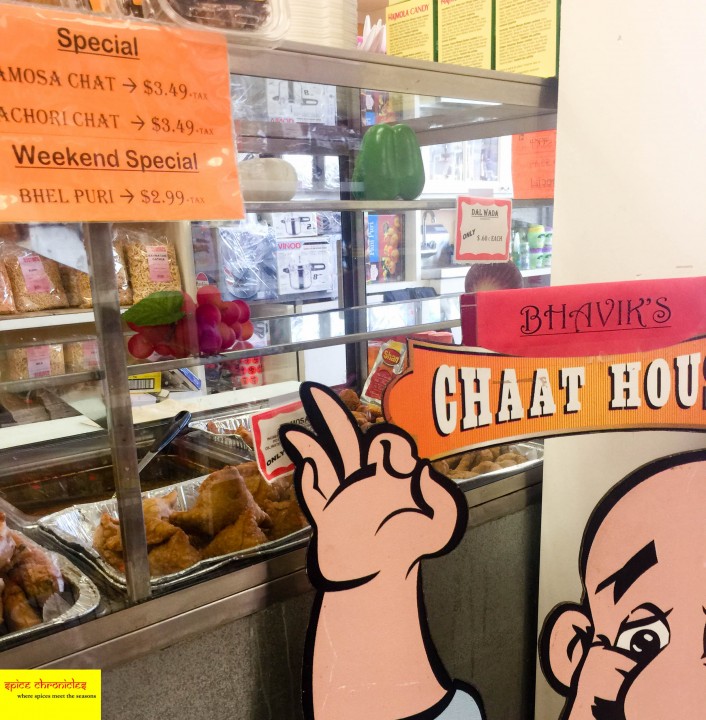 I did make one more stop, this time at Bhavik Grocery, the Indian store I had written about when I was chronicling the spice stores. They have a surprisingly serviceable selection of Indian snacks and appetizers and on a weekend will even mix up a chat for you, remember the deconstructed samosa we were talking about when I was telling you about things last week.

Their chats are pretty good on the go and their samosa is actually pretty decent however, the key with samosas is that they really taste best when they are made just fresh for you to eat on the spot. Here there is some compromise in taste from the fact that they are being re-heated for you.

Well folks, as you can see, I am having a lot of fun and I am not done yet. So stay tuned for my next installment of Samosa Meanderings.