An Effortless Day For Mom 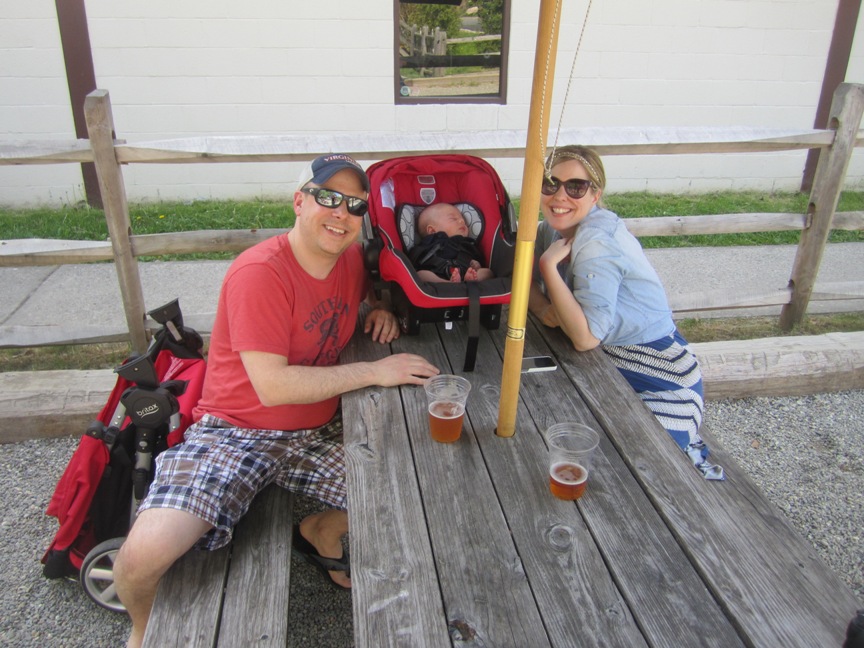 For some moms, the ideal Mother’s Day involves brunch with loved ones. Others opt for a picnic in the park. For still others, when it’s their choice, it’s craft beer samples at the local brewery. Megan Shamas of Fairfield, Connecticut is enjoying her first-ever Mother’s Day—with husband James and eight-week-old son Vaughn in tow. It’s a gorgeous Sunday, sun warming the patio. A sample of Effortless IPA just seems, well, effortless—as does a wood fired pizza from the Gleason’s guys.

“I wanted to do something outside,” says Megan, and after nine months of hauling Vaughn around, she didn’t mind a brew or two as well.

Vaughn sleeps peaceably in his baby seat. It’s his first trip to a brewery, though with James an avid home brewer, the wee boy is no stranger to beer making. “He’s used to the sights and smells,” says James.

James recently won the grand prize in a brewing contest at the Fairfield pub Craft 260, his Flanders red voted best in class, and earning him the privilege of brewing a big-scale beer at Two Roads Brewery. He’s enjoying the Hop Commander IPA. “We like hoppy beers,” James says. 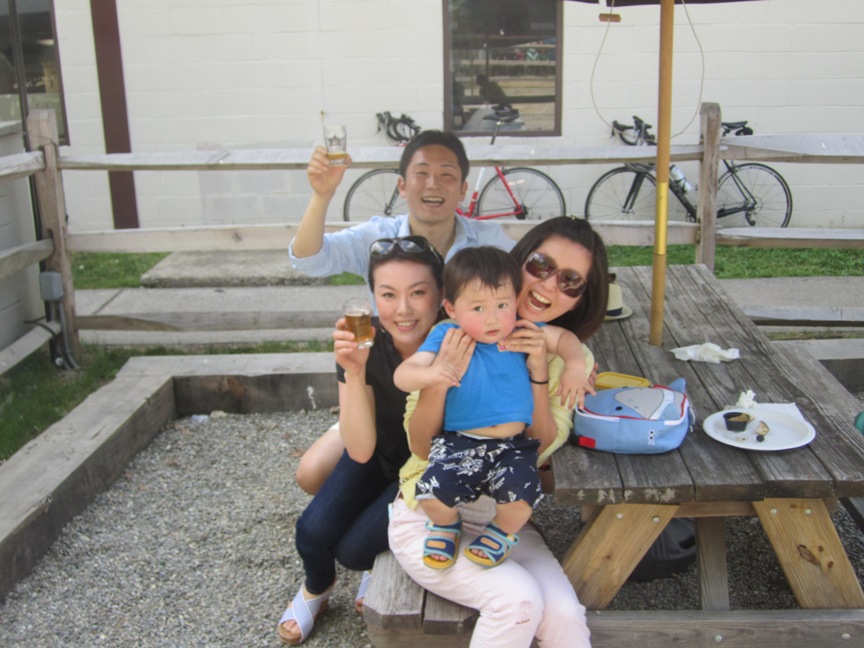 A table away, Sumiko Tshushi of White Plains has her own sample of the session IPA called Effortless, weighing in at 4.5% alcohol, as she watches 22 month old son Minato race around the patio. Her husband was off to the golf course, so Sumiko tagged along with neighbors Kenji and Yukiko Watanabe to Elmsford. “It’s really good,” she says, citing Captain Lawrence’s spacious patio as a favorable alternative to the crowded restaurants and cafes on Mother’s Day.

Yukiko too has the Effortless IPA, while husband Kenji steps it up to the Hop Commander. “We’ve been here a few times and saw it was OK to bring kids,” says Yukiko.

Vampire Weekend tunes fill the summery air. Not everyone on the patio is out for a Mother’s Day excursion; Greg Cashman and Hugh Babowal of Chappaqua just finished a bike ride from Chappaqua, heading south on the North County rail trail, and eventually over to the brewery. All told, they did 24 miles in 151 minutes, and capped it off with a few cups of beer. 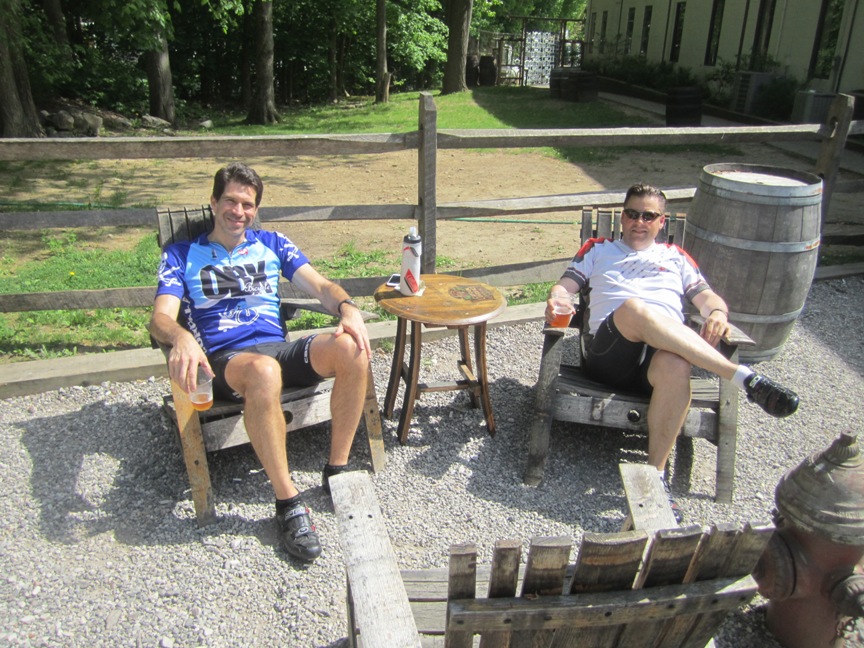 Greg, sipping the Effortless IPA—clearly a popular choice in the day—calls it “fuel for the tank.” Hugh, for his part, has the Sun Block, with its hints of lemongrass and some citrus from the dry hopping. “It’s lighter, and wheatish but not too wheatish,” he says.

The two took care of their Mother’s Day commitments earlier in the day. “I got my dispensation to go riding,” says Hugh.

Others have opted for the cool embrace of the tasting room, where the musical selections include plenty of Alabama Shakes, and in between pouring samples, the beertenders try their hand at a Rubik’s Cube that has materialized, with varying degrees of success. Margaret and Charlie Mosley have made the trip from Yaphank, Long Island. “It’s our hobby–whenever we travel, we visit breweries,” says Margaret, mentioning Ommegang, Dogfish Head and Stoudt’s, among others.

“We can go on and on,” adds Charlie. “We’re very comfortable with this kind of thing.” 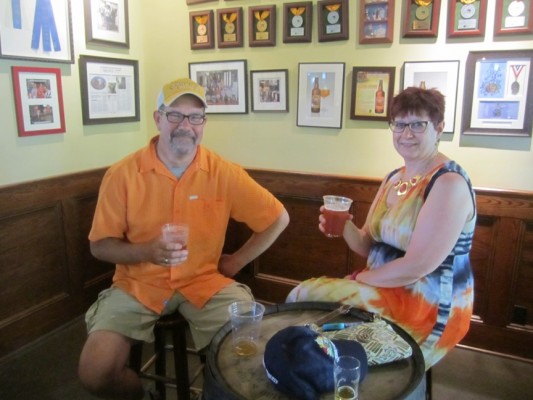 The couple is sipping the, you guessed it, rookie of the year beer Effortless IPA. “A nice Sunday afternoon beer,” says Charlie. They’re becoming fast friends with Joann and John Flynn of White Plains, stars of “Notes, No. 42.”

The mother of two, Margaret had her pick of destinations for the day, and Captain Lawrence won out. “We get to do what we love best,” she says. “I love beer. I love meeting people and hanging out with them. You meet the best people this way.”