People are reading
You are at:Home»Columns»I Eat Plants: Traveling While Vegan

Travel season is upon us, and traveling while vegan can be a challenge.

A frequent question that comes up for newer vegans is how do you stay vegan on the road?

There are plenty of options out there, even in places that aren’t terribly vegan friendly.  With a little planning, you can eat well on the road!

Here are 5 tools to help you stay plant-based when traveling while vegan.

This website/app is user generated and lists restaurants all over the world.  This is my go to when I want to find vegan-friendly restaurants in a new place.  It will list any restaurant that is vegan, vegetarian or rated as vegan-friendly by users.  It may not be completely exhaustive of the area (especially when it comes to vegan-friendly places, rather than vegan/vegetarian), but it’s a great place to start.

There are a number of chain restaurants where you can get a vegan meal.  Apps like Vegan XPress will tell you what’s vegan at most of the chains around.  My favorite is Chipotle, where they have the tofu sofritas, but there are plenty of chains where vegans can go and eat decently.    I’m not generally a fan of big chains, but sometimes it makes travel a lot easier! 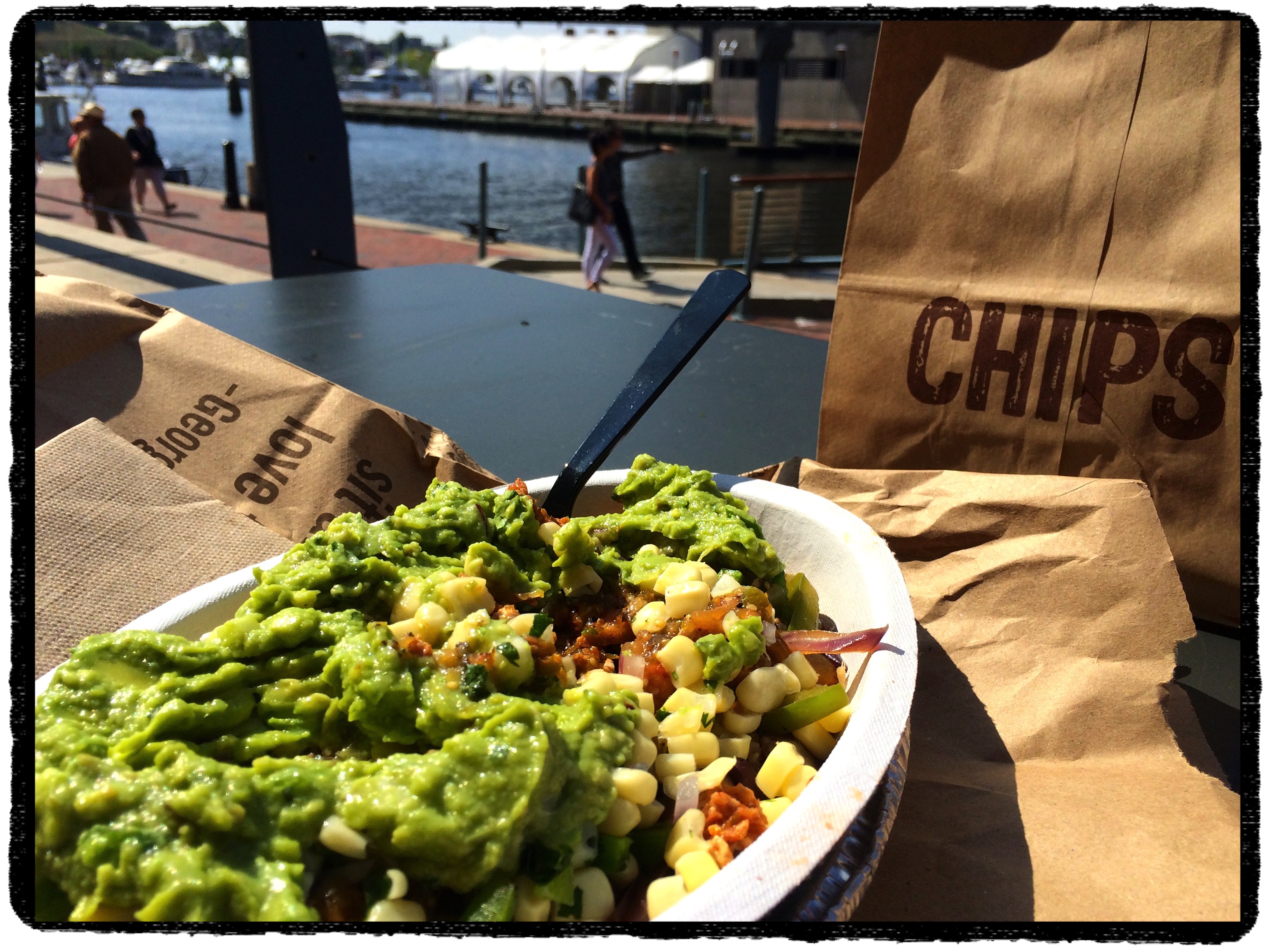 A tofu sofritas bowl with plenty of guac!

In my first year of veganism, I went to a conference in a city that wasn’t particularly vegan-friendly.  They also didn’t have great public transportation, and I didn’t have a car.  I was in meetings from early in the morning until well into the evening.  I think I did a meal or two of salad and fries with colleagues in the hotel, but I brought shelf stable foods that could be prepared with hot water (noodles, soups, oatmeal), peanut butter, crackers, trail mix/dried fruit, and grabbed fresh fruit, hummus and veggies from the various buffets.  It’s not the best I ever ate, but I was busy enough that I didn’t really care!

4.  Blogs, groups, and other social media

Given how many of us have a blog these days, there’s a good chance that wherever you’re going, someone has written about what’s vegan there.  When traveling while vegan, you’ll always need to verify that places are still open and still serving vegan food, but it’s another good place to start.  Bonus: don’t be afraid of using a blogger’s contact page to ask questions, especially if you don’t get a response to a comment.  Most bloggers are happy to help!

Also, hail the hashtag!  In your research for your trip, find out what the local hashtag for food pics is, and put “vegan” in front of it on sites like Instagram and Twitter.  Odds are, you’ll start finding pictures of some delicious looking food that you’ll want to check out!

The most old-fashioned tip still works, and might help you get more out of the social aspect of your trip.  If you use the tools above to find one vegan friendly place, once you get there, ask around what’s good!  I’ve generally found that even employees of vegan/vegan friendly establishments are happy to talk about the other options in the area, but other customers may also be a great source of info!

Bonus:  if you’re staying in a hotel, the concierge will may also have a list of places in the area for you.  I hadn’t considered this until I was staying at a hotel in Seattle a couple of years ago.  I had mentioned I was checking out vegan restaurants while at the front desk, and was presented with a list of places in the city organized by area the next morning. 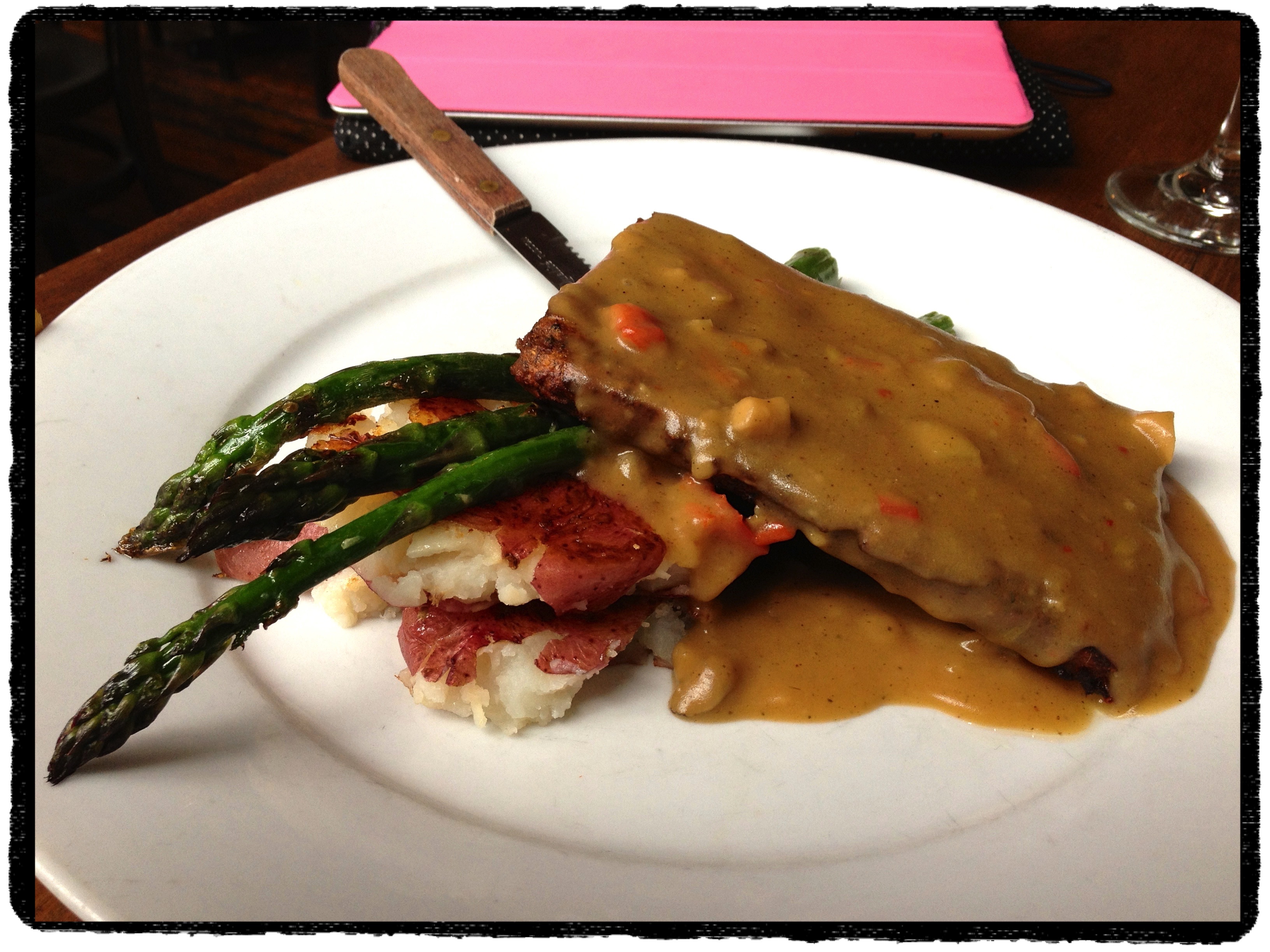 A delicious meal at Plum Bistro in Seattle, WA.

Traveling while vegan can be a bit of a challenge, but you can have such a great time!  and if you get a chance, travel to a really vegan friendly city- I’m off to Austin, TX next!