Caterpillar Cake and Crafty Cold Ones 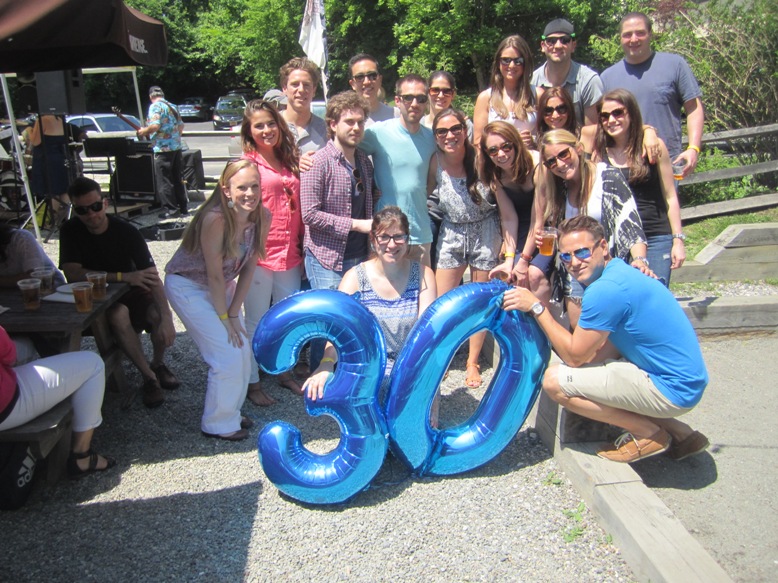 The sun is shining, and the mood on the Captain Lawrence patio is festively mellow, or maybe it’s mellowly festive. Either way, it’s just perfect for Bedford’s Dane Sannicandro. His friends, including Lauren Redmerski, also of Bedford, and the power book publicist Ariele Fredman of Brooklyn, planned a surprise 30th birthday party for him. “Dane is laid back, low key, just likes hanging out,” says Lauren. “We were looking for an outdoor place, and were lucky to get an absolute perfect day.”

She’s right. The sky shows nothing but blue. The Mike Risko Band supplies the rock ‘n roll soundtrack, and bocce balls and Frisbee golf discs fly left and right. Lauren and Ariele concocted a ruse for Dane, saying a small gathering was headed to the brewery to celebrate Ariele’s wedding anniversary. They picked up a cake with a giant caterpillar on it from Costco–“What do you get on a 30-year-old’s cake?” wonders Lauren, “a soccer ball?”–some party favors (“a little Party City action,” says Ariele) and it all came together. 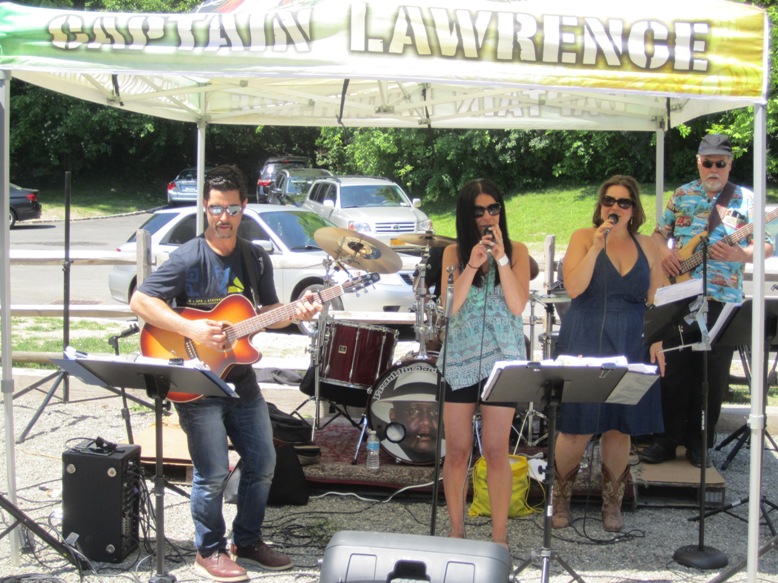 Another milestone party is going down elsewhere on the patio—a group celebrating the 10th anniversary of Christian’s Crew, a team dedicated to raising funds for autism research. Christian and his loved ones, including Tom Morzello and Linda Hatfield of Garrison, did the Walk Now For Autism Speaks in White Plains, then headed to Captain Lawrence after. “Christian loves coming here,” says Tom, proudly wearing the Christian’s Crew team t-shirt and giving Christian a hug. “He loves the pizza.”

Also unwinding after some walking are Katie Quinn of Bloomfield, New Jersey and Silvy Guevara of Nutley. They’d hiked at Buttermilk Falls County Park in Blauvelt, then crossed the Tappan Zee for some much deserved craft brews. “It’s just so refreshing afterwards,” says Katie of the wondrous hiking-beer drinking alchemy. “You work so hard climbing a mountain, you just deserve a beer.” 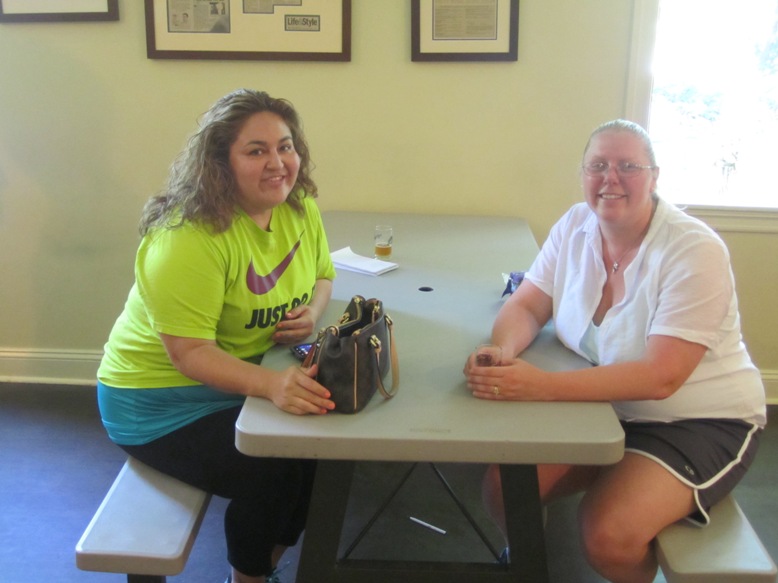 For her, it’s the Effortless IPA, the easy drinking, 4.5% session IPA. Same goes for Silvy. “I love it—the aroma, the taste,” she says. “It’s really refreshing.”

Katie is curious about a German-style brew on the menu—a light-body berliner weisse called Z German. “German beers always taste, and smell, like bananas,” she says.

She’s recovering from knee surgery, so Katie and Silvy took it easy on the hills today. But they’ll be out again—hiking and craft beer sampling. “I wish we had something like this near us,” says Silvy.

There are plenty of breweries, several of them quite good, close to home for Barbara Podgurski and husband Tom Puzino, who made the trip from Queens. Barbara is a concert pianist and teaches piano as well, with many of her students in the area. She notes that Tom is a “beer connoisseur,” so he’s in his element, belly up to a barrel, at Captain Lawrence. Tom’s got the R.I.P.A—the small-batch red rye IPA, dry hopped with Simcoe, Chinook and Columbus hops. “Refreshing,” he says. “Not too bitter.” 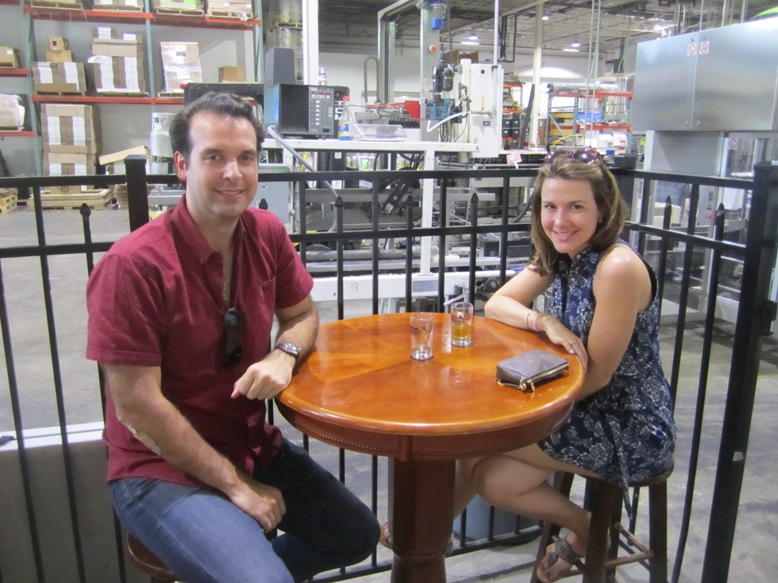 Across the room, another happy pair, Amanda Ritacco of Manhattan and Chris Biliouris of Providence, RI enjoy a few quiet samples. She grew up in Waccabuc, where her brother David knew Captain Lawrence founder Scott Vaccaro in high school. “It’s something we talked about doing,” says Chris of the brewery visit, “and I said, ‘fantastic.’” Amanda has the old school Freshchester Pale Ale, and Chris the Liquid Gold, which he calls the “standout” of the draft lineup. “Very drinkable,” he says. “I’m a big fan of the Belgians.”

Meanwhile, back on the patio, the crowd for Dane’s party—most of them have roots in Rye Brook–is growing as the caterpillar cake is shrinking. Ariele is sipping “something that ends in sh”—that’d be the Kolsch–as is Lauren. Birthday boy Dane has a cold cup of Freshchester and a smile on his face. A key piece in the surprise party strategy, he says, is that his birthday is actually still a week and a half away.