People are reading
You are at:Home»Columns»Spices and Seasons»Chilled Sour Cherry and Lavender Dessert Soup

This has been a difficult week dealing with a lot of sadness amidst my friends, sadness hit one of my dear friends who lost her husband in the worst possible way, and I have been processing the information and thinking of the family.

A few days into things, I retreated into the kitchen, in fact, today I spent almost the entire day fussing around doing one thing after another.The kitchen is my retreat when I am happy and also my retreat when things get awkward and certainly when I am sad. The complexity of working with flavors and creating keeps me occupied and helps me calm down.

This week I also tackled the loads of sour cherries that we have been enjoying the past couple of weeks. I have nailed down a salsa, which works beautifully with almost everything I have paired it with and then I wanted something that might capture the cherries sweet and sour nature with loads of added flavors or fuss. I was thinking of chilled soups and dessert recipes, this one caught my attention but I did not like the unnatural color and finally came up with my own variation that had notes of spice and ginger and was finished off with lavender which has been the new fragrance in my kitchen. I toyed with thoughts of adding saffron and ultimately let the soup take on its own pale delicate coral color. This soup is a light and refreshing creation with a sweet and tangy taste, just perfect for this super hot days that we have been having. 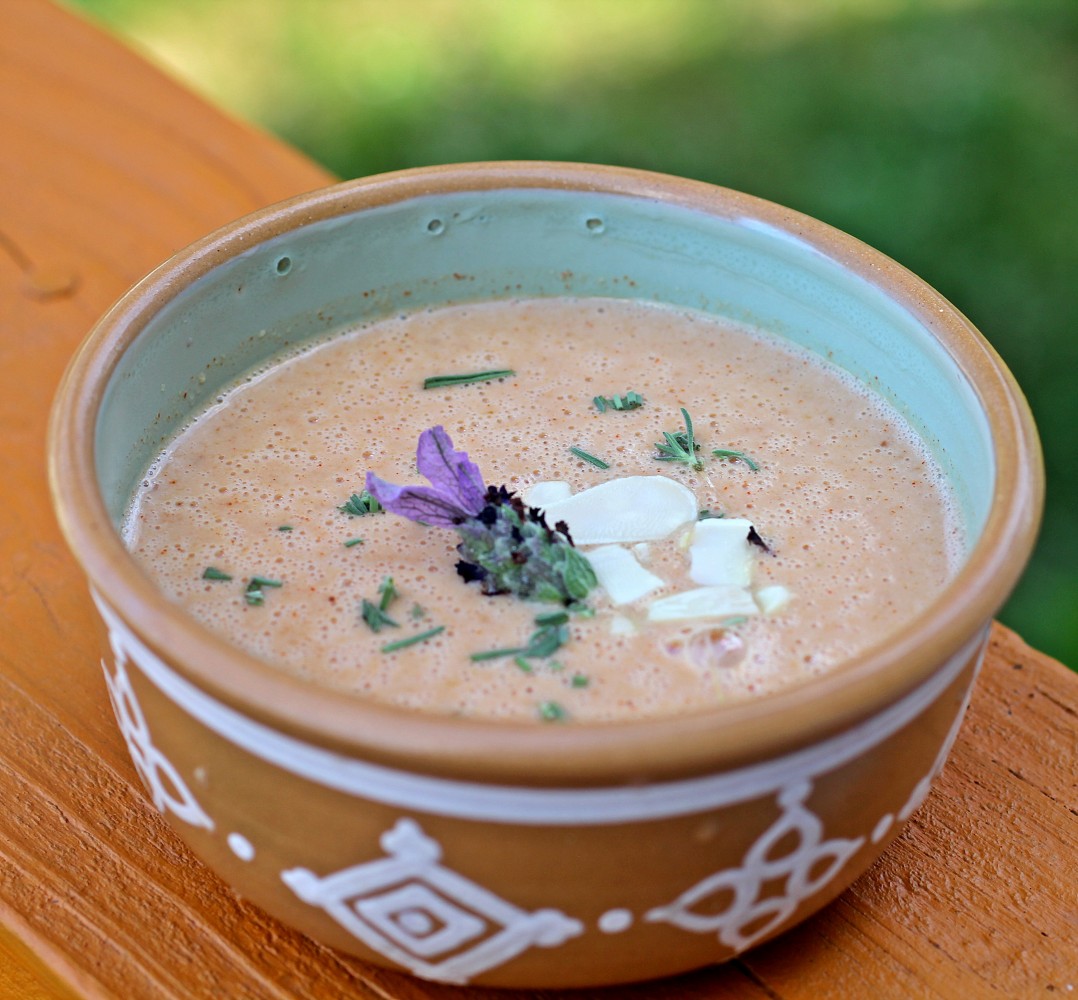 I have garnished it with edible lavender flowers, you can garnish then with additional pitted cherries if you wish. The soup can be thicker with more cherries or even cornstarch. I think this recipe will work beautifully with peaches as well. I would love to get a clafoutis in before the harvest ends, but there is no way we plan on turning the oven on until the weather ends up being much cooler, so maybe no cherry clafoutis for me.Here is the recipe that is really pretty simple once you have pitted the cherries.

A flavorful and refreshing chilled cherry soup that makes a perfect first course or dessert.

Most of the prep time is for chilling the soup.