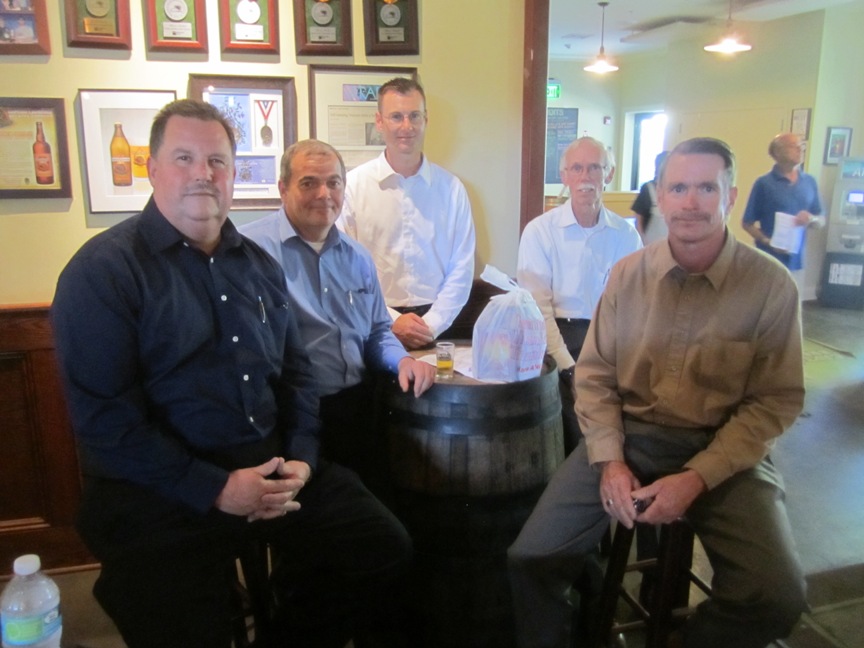 They’re the best dressed guys in the tasting room—by a mile. While most of the denizens wear t-shirts and shorts, the shirts more often than not sporting either a beer brand or some spilled beer, the five men wear pressed dress shirts and khakis. After long days laboring on behalf of Jehovah, they deserve some cold craft brews. Dave Weigert, from outside Austin, Texas, explains that they’re volunteering for the building of a new Jehovah’s Witness headquarters in Warwick, New York. He’s two weeks into a three-week commitment, and was in the mood for a cold brew.

“I’d had a Captain Lawrence up here, and then when I was looking for a local brewery that’s open on Sundays, and has tours, it came up,” says Dave, sipping a small-batch IPA called Deceit that features chinook, simcoe and citra hops.

Richie Luke of New Braunfels, Texas has the Kolsch, while Marc Malin of Deer Park, Texas, does not drink beer. “I’m along for the ride,” he says. “I’m just enjoying the festivities.”

Dave is a home brewer, and proudly mentions his wheat IPA winning first place in a home brew contest. With the famed Watchtower building cluster in Brooklyn being sold, the Witnesses are building a new home on 45 acres in Orange County. Dave says he’s happy to pitch in with the mission—and to unwind with some beers. 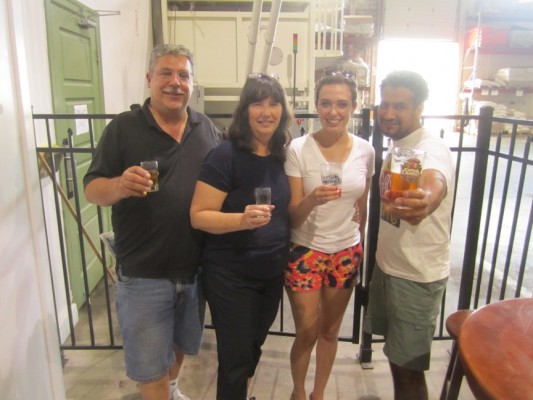 For Adrienne Groccia of Eastchester, the hard work is coming up. In a month, she heads to Yale for grad school, but until then, says she’s “dragging” her parents along to partake in her favorite hobbies. “I dragged them here,” she says. “I love beer.”

Adrienne, a self described “rising connoisseur” with a sly sense of humor, sips the massive Seeking Alpha triple IPA. Weighing in at 11% alcohol, “It’s not for the weak,” she says.

She’s concluded a tour with her parents, where they met Victor San Roman of Peru, and invited him to sample a few more with them. Victor prefers the 4.5% ABV Effortless IPA to the high-gravity hop monsters—“I like the hoppy flavors, but sometimes it goes too high,” he says—while her father Al has the Kolsch and mother Vivian the Freshchester Pale Ale. “This is a good find for us,” says Dad. 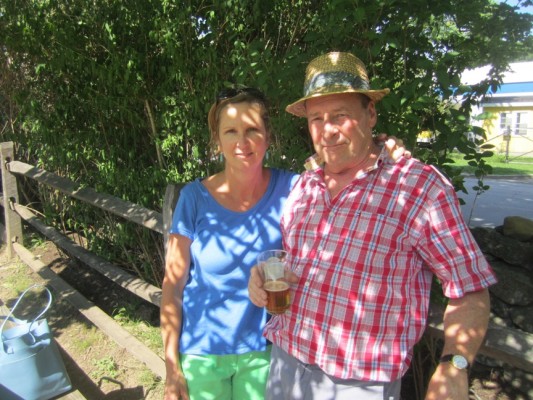 It’s cool and mellow in the tasting room, and a scorcher outside. The riffy, groovy band Indigo Kings rocks from the stage. The usual assortment of dogs frolics with each other. The bocce balls sit dormant; it’s just too hot. Jim and Marcella Briggs of White Plains share some shade and a few brews. As luck would have it, they just ran into their son on the patio. “That’s why we’re over here,” says Jim of the comfortable distance between parents and offspring.

Jim is “an imperial IPA guy,” he says, but today has settled for the Hop Commander, while Marcella quaffs the session IPA called T-1000. (“Unlike Arnold,” says the menu, this pilot-system beer “won’t be back.”) The couple is looking forward to their Cape Cod trip this summer, revisiting the place where they spent their honeymoon 30 years ago. “Kayaks, bikes, beer, some wine, fish,” says Marcella with a big smile, raving about a local clam shack called Arnold’s. (Like The Terminator, she will be back.) 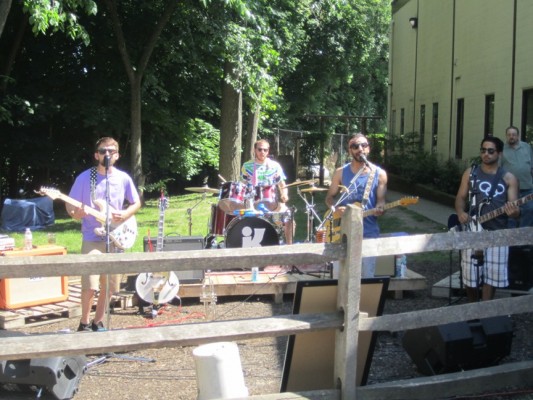 Already starting on the biking are Leila Mabourakh and Ben Clark of Manhattan, who cycled up the West Side, found the North Country rail trail north of Manhattan, sat for brunch at Bronx Ale House, and pulled onto the patio a few hours later. “I’m training for a triathlon,” says Ben, who is partial to the Liquid Gold. “I decided to keep him company,” says Leila, who found the Hop Commander IPA to her liking.

That first beer after setting the bikes down, Leila notes, was “amazing.”

Adds Ben: “It’s the whole reason why you exercise—to have a beer after.” 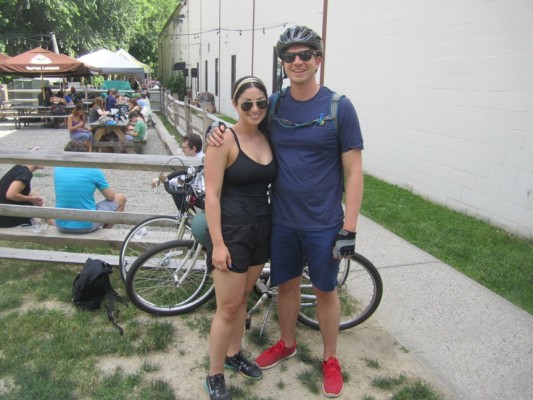 Meanwhile, back in the tasting room, the Groccias and their new friend Victor from Peru are having a swell Sunday. Vivian says every Captain Lawrence tour she takes, she comes away with a new appreciation for the brewing process. She also likes the people she meets.

English may be Victor San Ramon’s second language, but he says this perfectly: “Beer brings you together.”