I submit that Mac & Cheese is a year-round food.

And yes, of course I mean Vegan Mac & Cheese.

I know, this is a sore spot for many people.  It’s true, there are vegan cheeses out there that are not very good or are an acquired taste.  You don’t want to have to acquire the taste, I get it.

But there are a number of Vegan Mac & Cheeses out there, and lots of them are good.  You can make it or you can buy it, but you should absolutely dress it up before you eat it.

My recent trip happened to be for the Vida Vegan Conference.  One of the awesome things about an all vegan conference is the all vegan food at the meal times (and snack times!  Do you know how often I get a cookie when I’m at a conference?).  The conference being in Texas, tacos were a definite food feature.

Tacos with Mac & Cheese, that is. 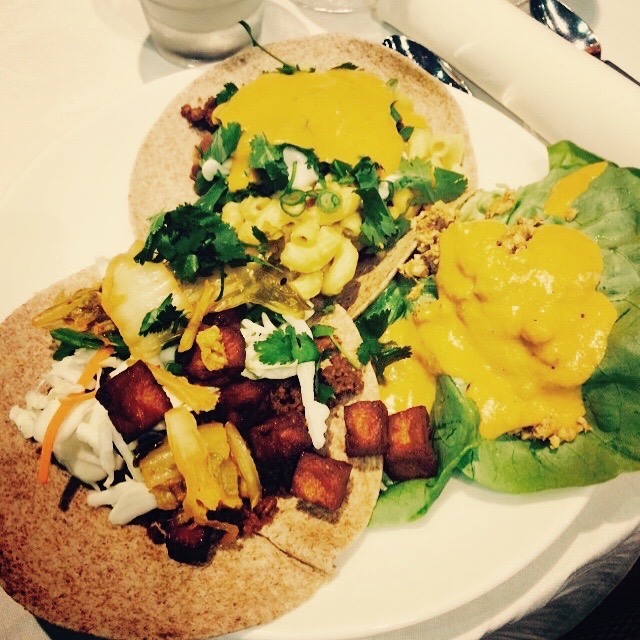 Well, one of these tacos did not contain Mac & Cheese. The ones that did were better!

So here are some ideas for the art of the Mac & Cheese topping.

With this one I like to make sure I mix in some of the brine before topping it off with some chopped up kim chi, toasted sesame oil, and snipped scallions.   Baked tofu, bean sprouts, and toasted peanuts or sesame seeds would make a nice addition. 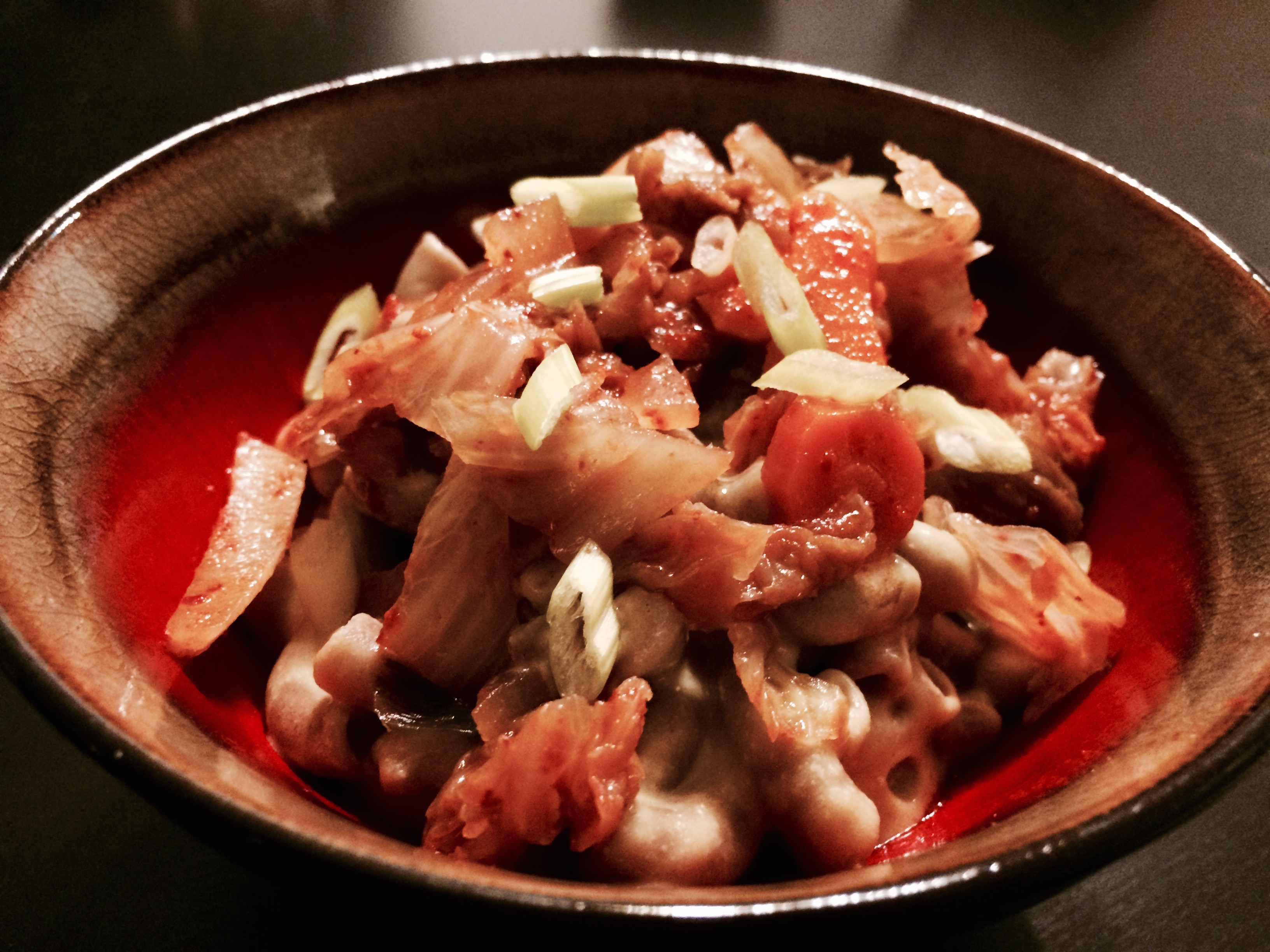 Nacho toppings!  With maybe even some crushed corn chips on top!  Pictured here is also peach salsa and vegan sour cream.  I’m a big fan of Heidi Ho’s Spicy Chia Cheeze as a topping, as well as vegan chorizo- I love the Trader Joe’s brand.

Nachos and Mac: a combo meant to happen.

Sometimes you work with whatever toppings you have on hand.  I often have pesto in the freezer, so this is a no brainer.  I added a bit of Cheeky Monkey Politely Spicy Tomato & Garlic Oil, as well- and if you haven’t tried it, you really, really should. 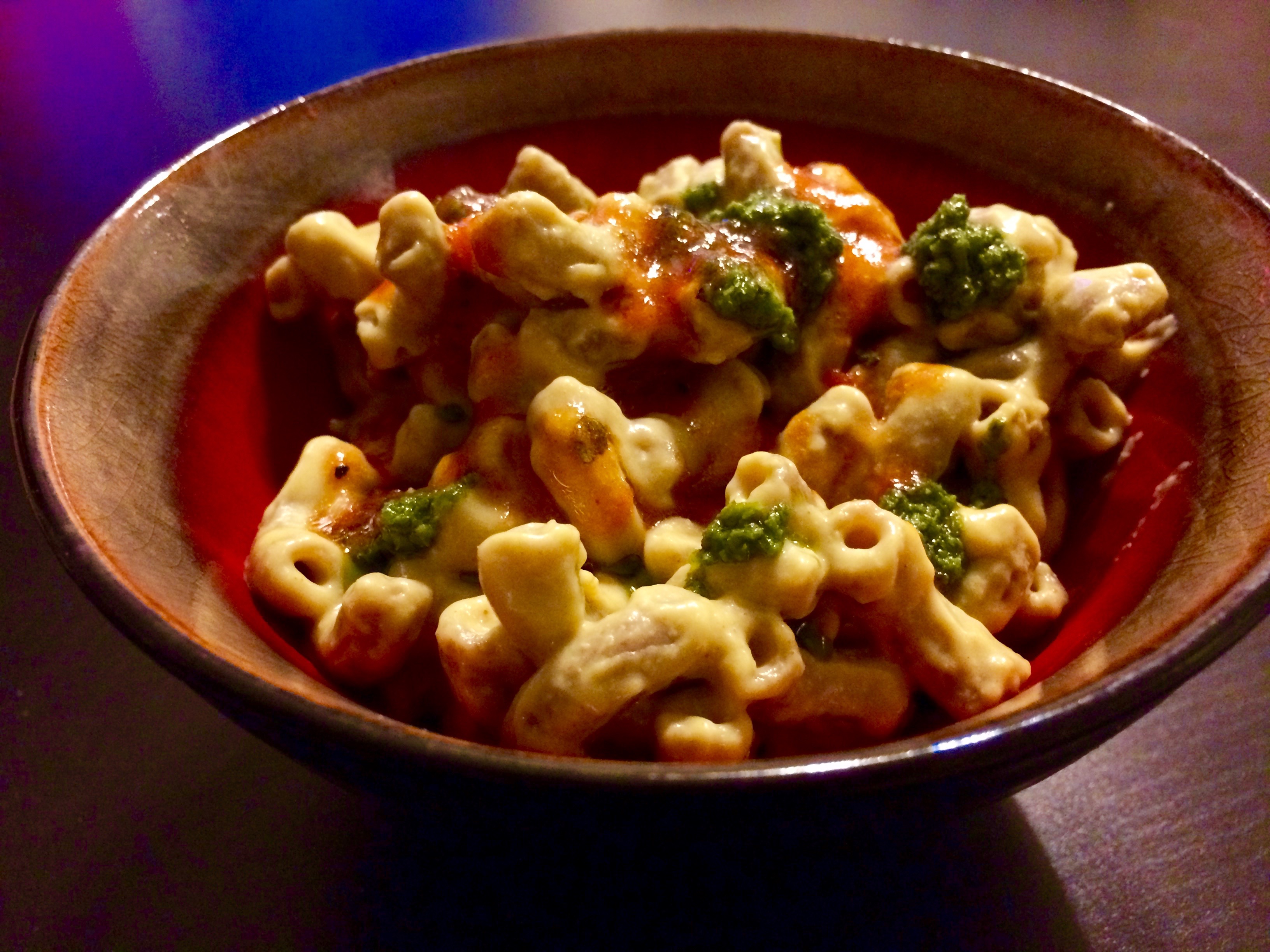 Work with what you’ve got!

The above Mac & Cheeses were all homemade with a nutritional yeast-based cheese sauce, using this recipe (not mine, I’m afraid, though I did sub cashew milk for the hemp).  This picture is using Earth Balance White Cheddar Mac & Cheese.  I’ll stipulate that the nutritional value on this stuff is nil, but it is tasty, and unlike any boxed vegan Mac & Cheese that you’ve ever tried, if you’ve dared to try one. 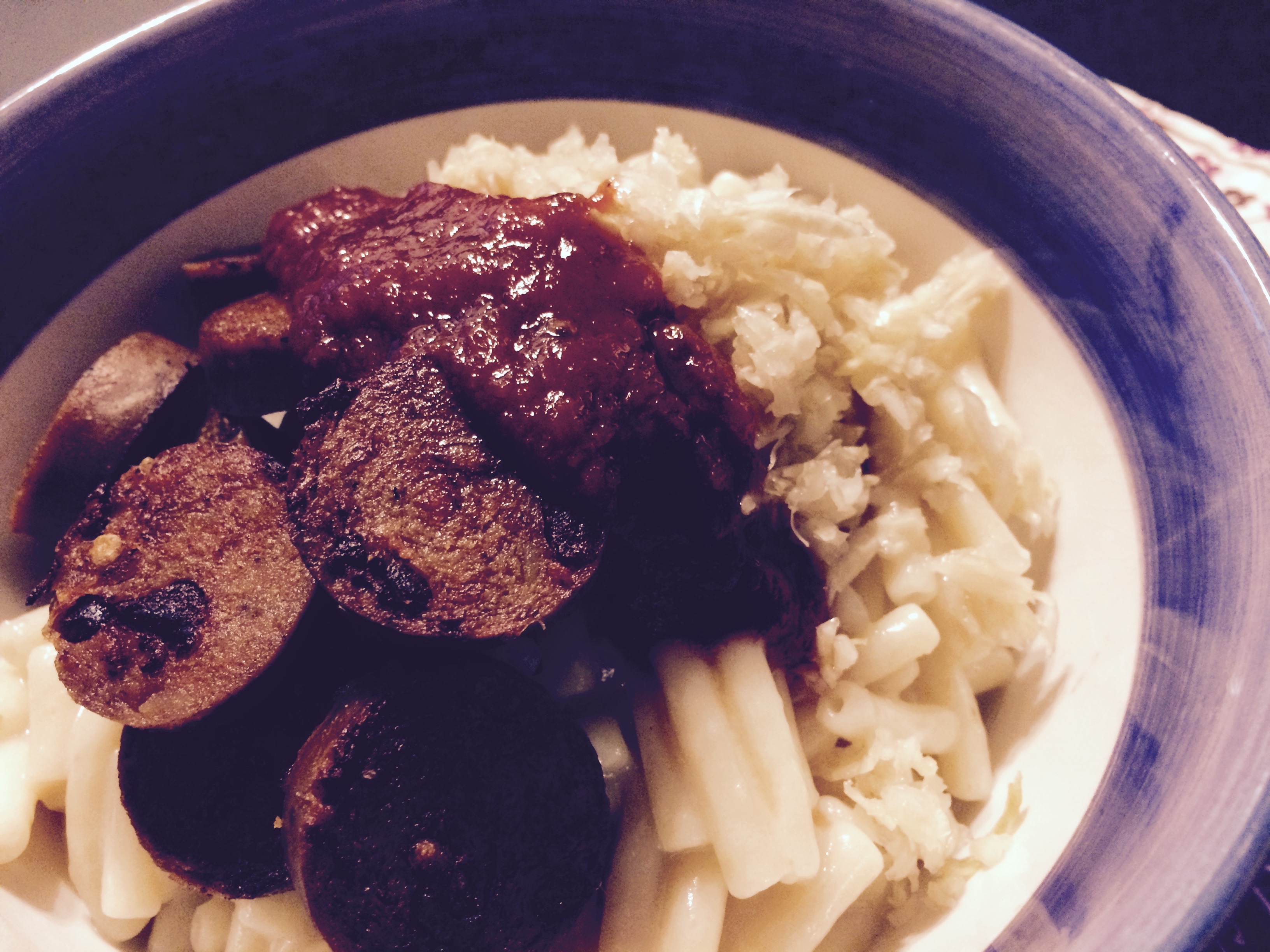 The grown up version of hot dogs and ketchup.

The sausage here is Tofurkey Artisan Chick’n & Apple Sausages.  They’re quite tasty!  This Mac & Cheese is the grown up version of hot dogs and ketchup mixed in your Mac, though there’s nothing wrong with that, either- Smart Dogs brand of vegan hot dogs are perfect for this.

You can take any of these items and mix them together!  Other toppings you might try:  Sriracha, crushed potato chips, vegan coconut bacon, kale, spinach, peas, edamame… your imagination is the limit!

Of course, let us all remember that Mac & Cheese, be it vegan or dairy based, is a sometimes food.  And after this, I think I might be Mac & Cheese’d out!