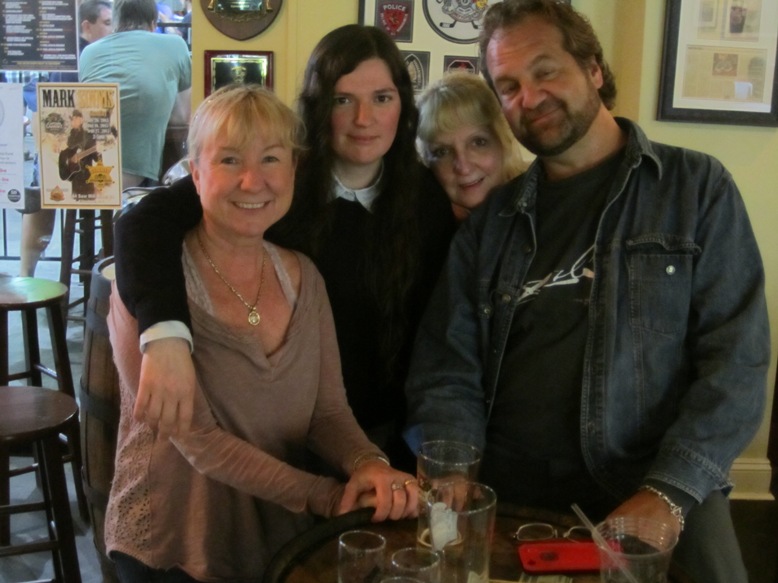 Going Out With a Bang

It is the time of year for celebrating the United States’ great red, white and blue streak of independence, and all of the traditions and trapping that go with it. Nancy and Jamie Dressel of Chappaqua will be venturing to Chicago to visit Nancy’s sister Debbie and her daughter Angela. But for today, all four are happy to be in the Captain Lawrence tasting room. “We’re here almost every week,” says Nancy proudly.

Angela Alejandro has sampled Captain Lawrence when her aunt and uncle bring a growler or two to Chicago, but today she gets to try the Hop Commander fresh from the source. For Debbie, who tends bar back in Chi-town, Independence Day is about “lying on a blanket, watching fireworks with someone you like.”

Angela goes for a somewhat less quaint memory—she recalls watermelons being blown up by sticking “dynamite”, or maybe it’s M-80s, in them. Jamie chuckles at the memory too. “Before Captain Lawrence,” he says, “there was Michelob.”

Similar to the Dressel party’s, the fondest July 4 memories in the tasting room range from the sentimental to the eye-popping and ear-shattering. Joe Pepe of Elmsford, his tiny Yorkie Maximus at his feet, recalls visiting Westlake High School in Thornwood as a kid, where there was a bonfire, parade and fireworks show that lasted a full hour. “You don’t see that anymore,” he says.

Joe also recalls less sanctioned fireworks events down on Gun Hill Road in the Bronx—someone setting fire inside a garbage can and tossing fireworks inside. 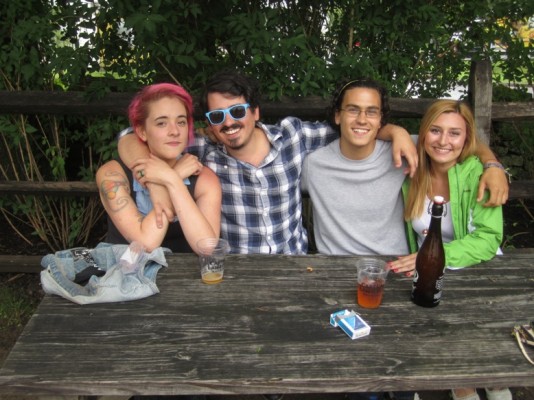 Out on the patio, it is gray, but the rain is holding off. Captain Lawrence alum Nick Schwartz of Croton enjoys a few beers with the woman he calls his “pirate wife,” Nina Gramaglia. “I always spend July 4th on my sailboat on the Hudson,” he says, true to pirate character. Nick’s pirate booty may include a growler of the Palate Shifter imperial IPA as the fireworks show goes off in Haverstraw. “That’s always a big part of my July 4th plans.”

Nina’s best Independence Day memories go back to childhood. “I always looked forward to my dad bringing home sparklers,” she recalls. “That’s the closest we would get to having fireworks.” 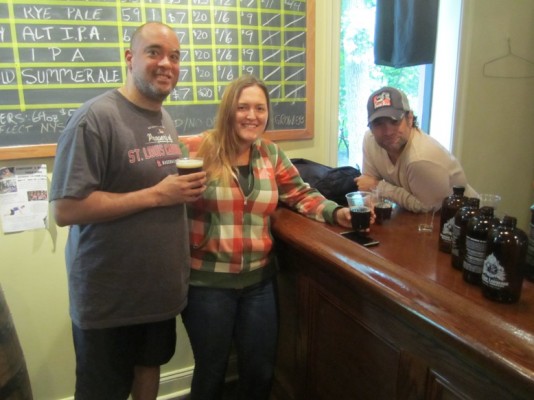 Back in the tasting room, there’s a decidedly punky edge to the soundtrack—some Misfits, a little Flogging Molly. The beer flows—standbys like the Freshchester Pale Ale and Liquid Gold, a lively batch of pilot-system brews, such as the O.G. IPA and Ye Ol’ English dark ale. Beertender Rob Catalano proudly notes the pending arrival of his Knifey Moloko stout in the tasting room, this iteration aged in apple brandy barrels. When he thinks of July 4, he recalls dodging misfired projectiles, repeatedly, at a lakehouse up at Candlewood Lake. “Nonstop explosives,” he says. “Like being in a war zone—without actually being shot at.” 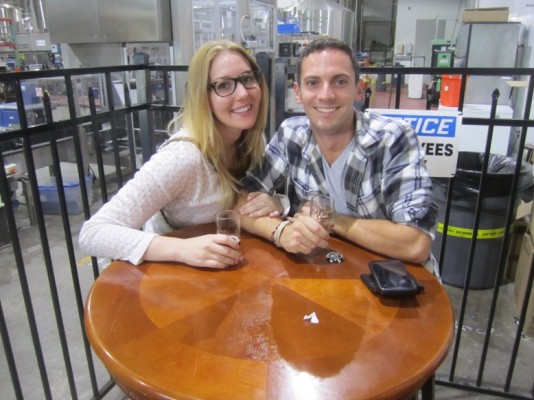 OK, time for more quaint memories. Zoe Seavey and Axel Hunnicutt of Greenwich hover over a few samples after their brewery tour; Zoe shares some of her learnings about the various forms that hops can take as she sips the Bigmouth, a piney and pleasant rye pale ale. “I love fireworks on the beach,” she says. “Maybe a hot dog.”

Axel, sipping the Garnet & Gold, a summer ale with orange and hibiscus, is recently back from South Africa, where he studies wildlife. It will be his first July 4th in the States in years. He recalls another July 4th, when he was in the Canadian Rockies, studying grizzly bears (it is entirely possible that Axel’s day job is more interesting than yours and mine). Some well intentioned Canadian colleagues, noting the significance of the day in America, picked up a six-pack of Budweiser for Axel.

Axel appreciated the gesture, he says, but “I just wish I’d had some craft beer.”