Band Bacchanalia Both Pleasant and Festive 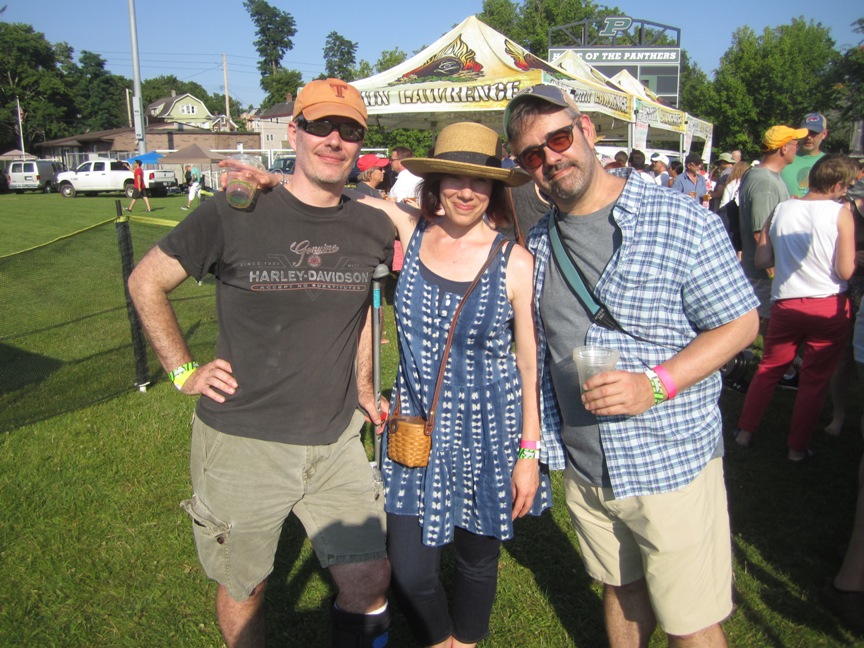 It was a glorious day, sunny and hot, with bands occupying three stages at the Pleasantville Music Festival, and several varieties of Captain Lawrence flowing. There was a little more star power on stage at this year’s affair, the 11th, and the masses turned up to see some rock icons. The award for most determined went to Eric Kristensen, who “hobbled” from his Pleasantville home, he says, on a broken ankle covered in a thick cast. “I slipped on the grass,” he explained. “Scratch that. I hurt it in a Division 3 cage match.”

Eric smiled, then revealed that he was demonstrating a soccer drill for his team of 7-year-old girls when he took a spill. But he was well enough to party with old SUNY Purchase pals Scott Pitulik and Terry Deal, who were up from Manhattan for the day. “We’ve been here before,” said Terry, mentioning seeing headliner the English Beat a few years ago. “It sounded fun and doable. It’s nice to get out of the city and be with a bunch of friends who live here, and their kids.” 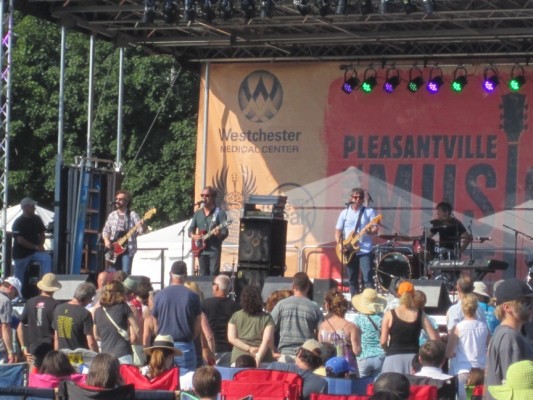 As Fastball played, Terry recalled cranking the Austin band’s ubiquitous late ‘90s radio staple “The Way” while driving around in her car. Eric sipped the Captain Lawrence IPA and Terry the peppery O’de To P’Ville saison, which Captain Lawrence made just for the day. (The brewery was, of course, born two blocks from the festival on Castleton Street.) She described it as a “put-orange-in-it beer”.

Scott called himself a “philistine” in terms of beer. “I’m only having the Kolsch because there’s no Budweiser,” he admitted. 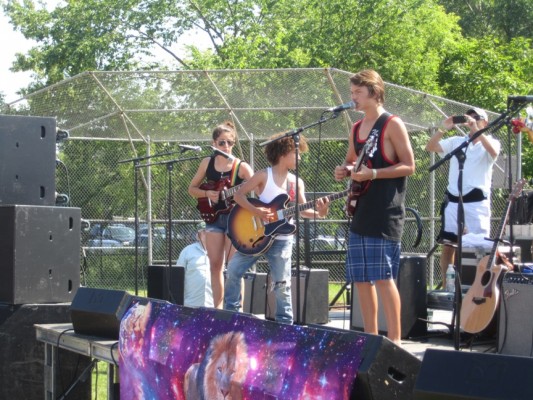 Hey, everyone was welcome on this day, whether it was the main stage, the acoustic “chill tent” or the Captain Lawrence beer garden stage. The biggest buzz of the first half of the day went to Lions on the Moon, a gang of exceptionally talented teens, except for one—the 12-year-old Hendrix-esque guitarist, Brandon Niederauer. The kid can outright shred, and the band drew a massive crowd to the beer tent to watch their soulful take on classic rock staples. Aaron Barbour of Thornwood sipped his saison, which he called “a good beer for a hot summer day.” Lions on the Moon, from Long Island, were his early favorite. “It’s only 5:30,” said Aaron, “but that may hold to the end of the night.” 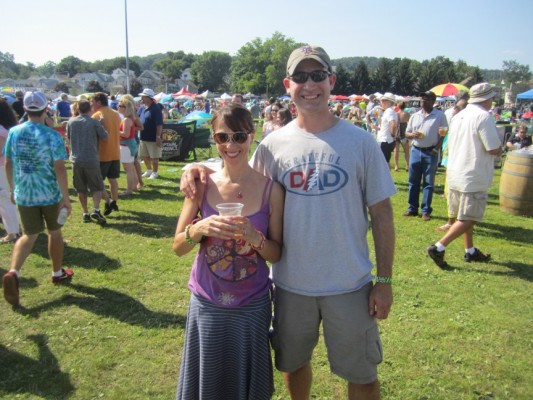 Darien’s Luke Condolora, sporting a Ramones t-shirt, buys radio air time for a living, knows the sponsor Peak 107.1 FM well, and checks the upcoming lineup at the music fest every year. “This was the first year where I said, I gotta go,” said Luke, with the Gin Blossoms the band that tipped the scales in his favor.

He and wife Laura (Luke and Laura have heard their share of “General Hospital” jokes, but have at it) sampled several beers that sat atop a barrel, and could barely contain their excitement. “Our daughter is at camp and our son is at work,” said Laura. “We are out!”

“We’re on the express,” added Luke. “And it just rolled in.” 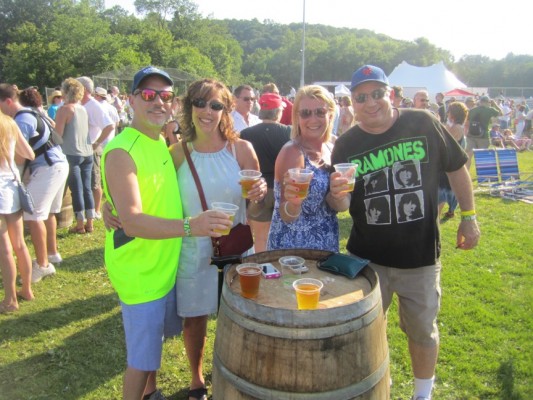 Both were enjoying the Belgian-style Liquid Gold. “It’s the first time I’ve had it,” said Luke. “It won’t be the last.”

Their pal Gina Goichman of Fairfield laughed along with the mirthful Luke and Laura. “I’m babysitting them,” she said.

Fastball gave way to G. Love and Special Sauce, who attracted a large and lively crowd in front of the stage. Even some f-bombs from G. Love didn’t dampen the boisterous vibe. (Hey G.—there are kids in attendance!) Marshall Crenshaw played a sensitive solo set under the tent, a nice break from the sun, while the Captain Lawrence beer garden continued to go strong.

“The sun has dipped down, it’s a little cooler and no one is rushing the beer line,” said Dan Townsend of Pleasantville. “It’s become chill.” 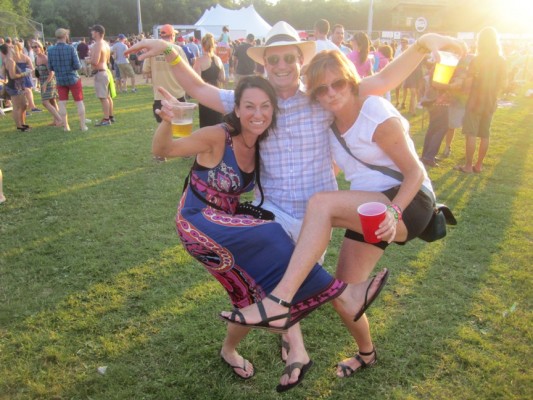 Dan enjoyed the IPA along with pals Jen Filerdi of Chappaqua and Valerie Jacobs of Pleasantville; it was the stage of the evening where they were comparing “Karate Kid” kicks. Valerie mentioned attending all 11 Pleasantville Music Festivals. Dan actually hosted the event’s after-party at his home a few years back. There was a DJ, some archery, a band from the festival and an unhappy neighbor or two.

The headliner, the Gin Blossoms, finally took the stage near sunset, living proof that an exceptional hit song will stick in people’s consciousness a few decades after it dominates the radio. (There. Now “Hey Jealousy” is stuck in your head for the next few hours.)

Aaron Barbour took it all in with a happy sip of his saison. “Local beer, local music, local food, and it’s good for kids,” he said. “This is the whole package.”