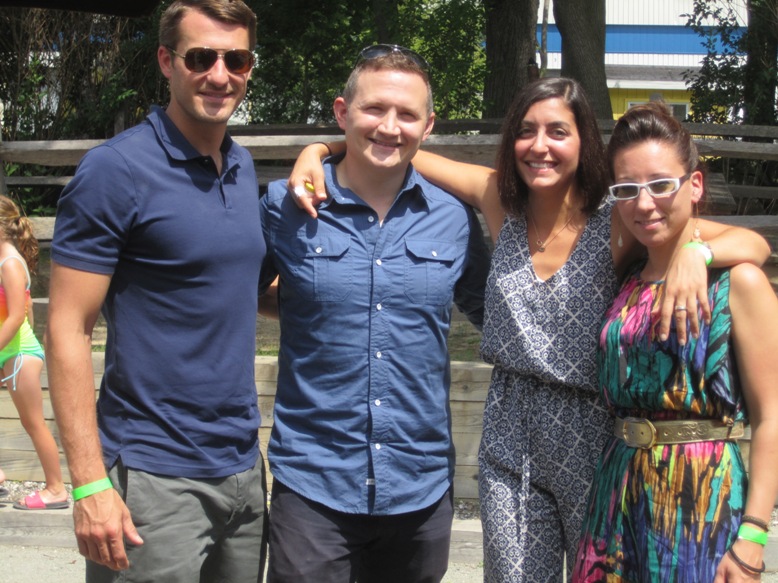 It’s always a jovial atmosphere out on the Captain Lawrence patio, but today’s vibe feels extra festive. Perhaps it’s because it’s the Carmel High School Class of 2000 reunion. Old friends catch up, show off their babies, and dish on classmates who could not make it while sampling the Captain’s usual selection of craft brews. It is a “semi-official” reunion for the Putnam County school, says Danielle Smith, who came down from Narragansett, Rhode Island for the bash. It’s “Facebook-official,” adds classmate Christine Dunning, who had a much shorter trip from Valhalla.

Christine may have had something to do with the group choosing Captain Lawrence as its venue. After all, she and her then fiancé, now holding their baby while lamenting the Mets’ performance with a friend, had their wedding rehearsal dinner at the brewery.

Sarah Dioguardi of New York City sports a broad smile. “I just love seeing my friends—and their kids,” she says. “It’s a gorgeous day and you couldn’t pick a better venue.”

The crew is sampling the Freshchester Pale Ale, the Effortless IPA and its big brother, the Hop Commander IPA, along with wood-fired pizzas from the Gleason’s guys (The Captain Kuchen, featuring crème fraiche, onion and bacon, is a hit.). Carmel High guy Erik Schlange is at home with both the standby ale Kolsch as well as the small-batch Bee’z German Honey Kolsch. “I’m a German guy,” he explains. 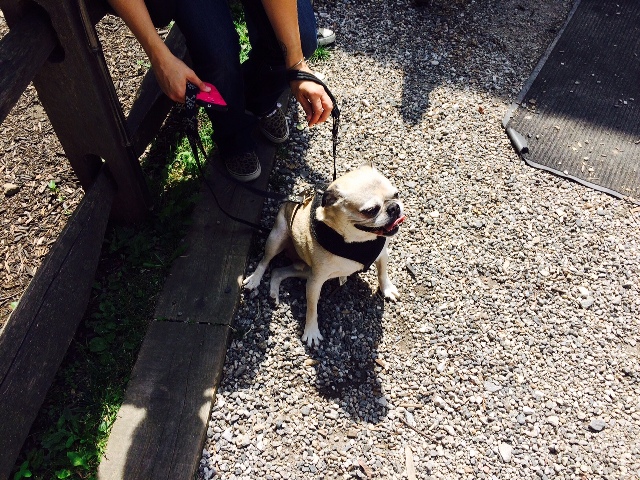 It’s a sunny Saturday. Fittingly, “Shiny Happy People” pumps out of the speakers. Elsewhere on the patio, Sean Wandzilak and Kyli Peterson of Yonkers ended up at the brewery after spying a batch of sample chips from a previous visit in the car. They’re enjoying the session brew Effortless IPA, produced for daytime al fresco sessions such as this. “This is like coming to your backyard,” says Kyli. “It’s just nice and comfortable.”

The pair is discussing the next day’s plans; perhaps a lengthy bike ride will be in the offing. “It depends what time we get up,” says Sean.

Inside the tasting room, the warning bell for the 2 p.m. tour goes off and people make the necessary arrangements. Kathi and Bob Kearney of Yorktown share a table with pal Tom Litavec. The Kearneys are picking up donations from the brewery—a gift basket and cases of beer for the Drive to Cure Diabetes golf event [http://www.drivetocurediabetes.com/] they are helping organize at Centennial Golf Club in, yes, Carmel, July 27. “Since we were picking up the donations, we said, ‘let’s have a tasting,” says Kathi, sipping an Effortless IPA that she singles out for its “nice and interesting flavors.”

Bob, for his part, opts for his preferred Belgian-style golden ale Liquid Gold. “It’s dependable,” he says. “I figured I’d get one that I know I’ll really enjoy.” 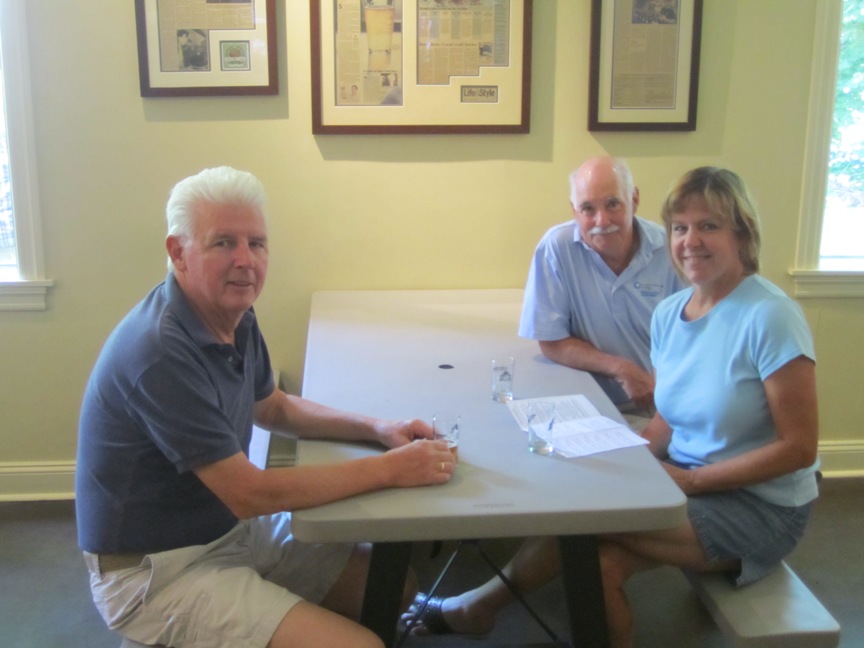 Tom samples the “nice and hoppy” Hop Commander. He’s happy to be along for the ride, even if it’s not a free ride. “Someone’s got to lift those cases,” he says.

Seated at a nearby table are Arielle Boutin of Norwalk and Jonathan Crovo of Trumbull on their first excursion to Captain Lawrence. “It’s a nice day and we wanted to find something to do, so we looked online,” he says. Seeking a destination in the “hour-ish” zone, Jonathan adds, they stumbled upon the Elmsford brewery and were off.

First impressions count for something, but they’re not always everything. “We pulled into the lot and said, this is a bust,” admits Jonathan, sipping the Kolsch, of the brewery’s somewhat hidden locale on the far end of an industrial parking lot. 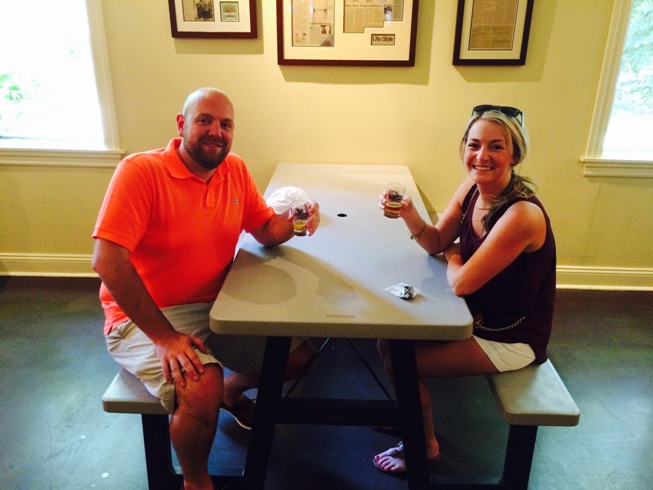 Fortunately, they ventured in. “Such a hidden gem,” offers Ariella, a glass of Hop Commander in hand. “It’s so cute I couldn’t believe it.”

Meanwhile, back on the patio, more Carmel Class of 2000 folks turn up for the reunion. Sarah DioGuardi’s only complaint on the day is that one of the beertenders could not name the source for the honey in the Bee’z German brew—that, and the block of Weezer songs ending. “The music is great, the outdoor space is great, the beer is great,” Sarah says. “Where else would we go?”