Oktober With a ‘K’ 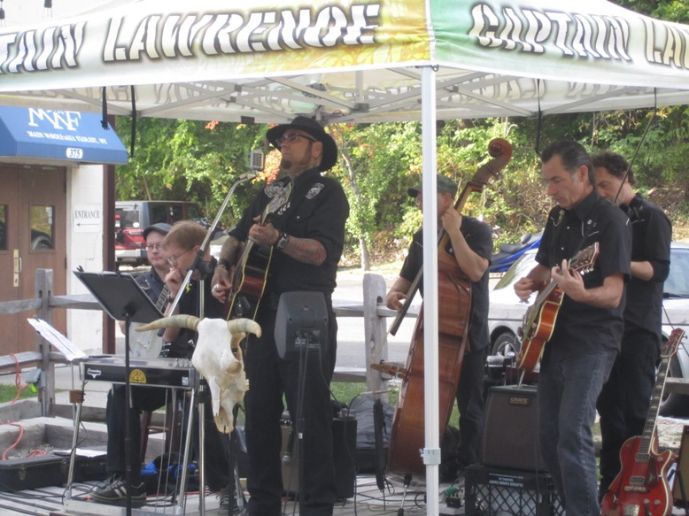 It’s a sunny Sunday, fall is but a few days old, and people’s palates appear to change with the seasons. Oktoberfest is in full swing in Germany, and it’s going pretty good on this side of the pond too. Rachel Erwin of White Plains and Dave Currie of Scotch Plains, New Jersey, had already been to an Oktoberfest celebration at Kingsland Park in Sleepy Hollow—the oompah band, the lederhosen, the whole nine yards, or perhaps liters—and are sampling the Oktoberfest brew at Captain Lawrence.

It’s a malty marzen in the German style that goes swimmingly with the crisp feel to the air. “There’s a little bit of nuttiness that you don’t find in most Oktoberfest beers,” says Dave. 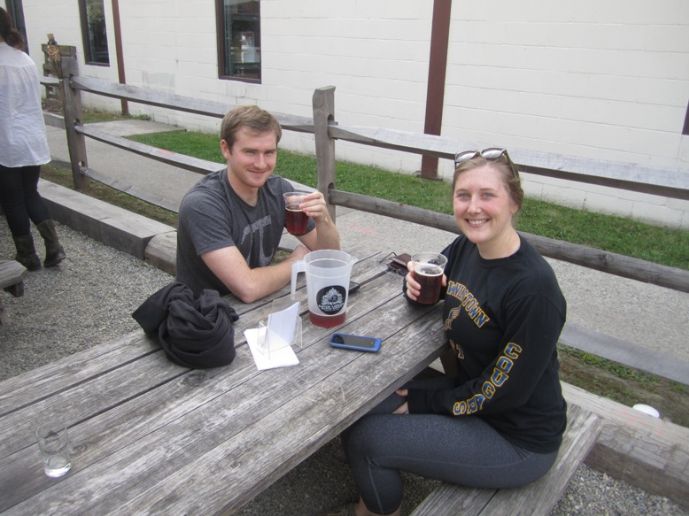 The Captain is a “local hangout” for Rachel and her co-workers at a nearby biotech company, and the weekend day was perfect to pop in with Dave.

Same goes for Monica Harrington and Sean Fitzell of Bronxville, here following an East Rumbrook Park romp in the dog run with their dog Redding. While this may be the season for all things German, Redding is actually a Dutch Shepherd. (Redding is Dutch for “rescue,” says Monica.)

“We had an empty growler,” she says, “and figured we go fill it.”

Sean visited the Captain Lawrence site, saw that the Oktoberfest brau was on tap, and the pair, plus Redding, had their plans for the day. 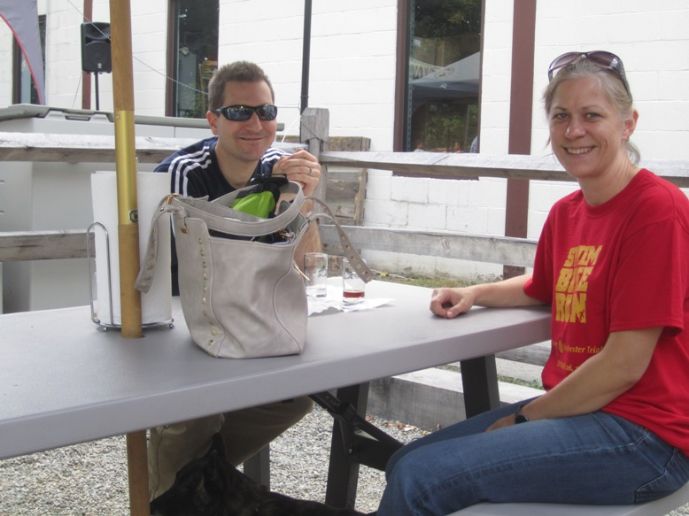 They’re also enjoying another autumnal treat, the Brown Bird Brown Ale, which Monica says they used to sample at CL’s old Pleasantville base. “We always like it,” she says. “They don’t always have it.”

The patio is hopping and the tasting room is a bit lonely; inside, a lady asks for a pair of straws, and adds, “These are not for the beer.” Outside, kids play the giant Jenga game; the crashing timber of a failed try can be heard halfway to Sam’s Club. Someone raves about the Alphabet City beer joint Zum Schneider.

The cornhole bags beat a rhythm on the boards. Brian Monterroso of Portchester alternates between bag tosses and sips of the earthy small-batch pale ale known as Frisky’s. He’s here with girlfriend Angie Vasquez of Norwalk and her family. “Sunday is the family day,” he says. “We thought we’d try something different.” 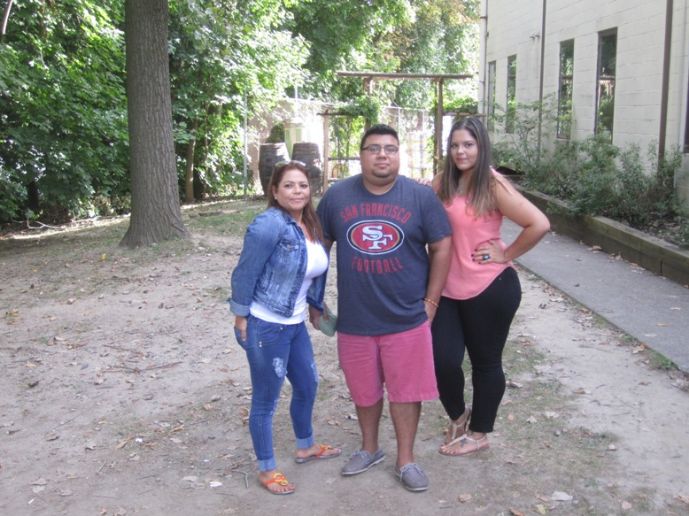 The setting is a winner for Angie. She was hoping to reconnect with either the Citrus Queen or passion fruit-infused Passion of the Perrone, but as is the nature with one-and-done pilot-system beers, both are but a memory. But she’s pleased with the Pumpkin Ale. “This is a nice place to chill on weekends,” Angie says.

The soundtrack to this festive patio vibe comes from the Peekskill rocker Mark Sinnis. The band—standup bass, violin, guitar, trumpet, keys, guitar, banjo—all wear head-to-toe black as they crank out what the leader calls “cemetery & western.” Sinnis apologizes for the lack of a drummer—he had to work—as they launch into their moody, Johnny Cash-ian track “One Red Rose Among Dying Leaves.”

It may be a wee bit early in the season to be lamenting dying leaves, but it’s the band’s third Captain Lawrence patio gig in recent months and, for the time being, its last. “We’re just enjoying eating and drinking and playing,” Mark says as the guys enjoy a pitcher of the Brown Bird, though he cops to some sadness about the outdoor music season winding down. 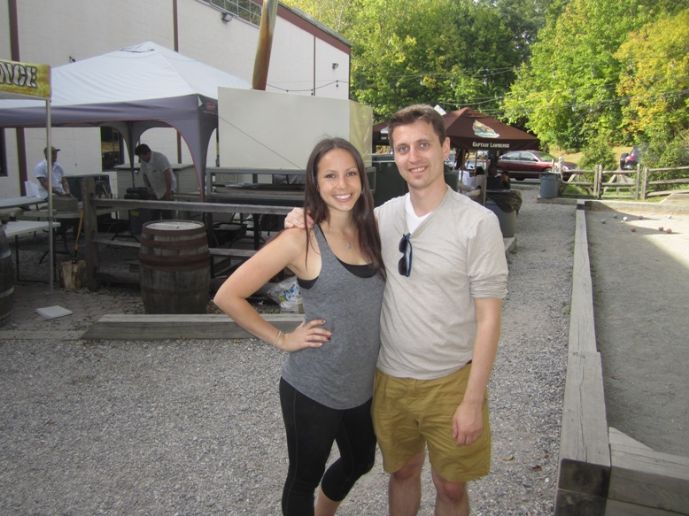 On a more festive note, Janel Musco and Alex Vecchi are celebrating their second anniversary as a couple; a sign of the times, Alex scrolled through old text messages to find out the couple’s start date. Janel took Alex on a trip to Bear Mountain, and the duo hit the Captain on the way back to the city—their first time.

“We saw pictures—dog-friendly, cornhole, bocce, beer,” says Janel, a graphic designer for a beer distributor. “This is fantastic.”

They too have their pooch, a Chihuahua-Jack Russell mix named Puki. Janel and Alex are both enjoying the small-batch IPA known as Smallbany, a piney ale made with spelt malt and dry-hopped with mosaic. (As the name suggests, it was produced in partnership with some capital-region bars and restaurants.) Alex loves the “hoppiness,” he says, while Janel describes it as “fruity and fresh.”