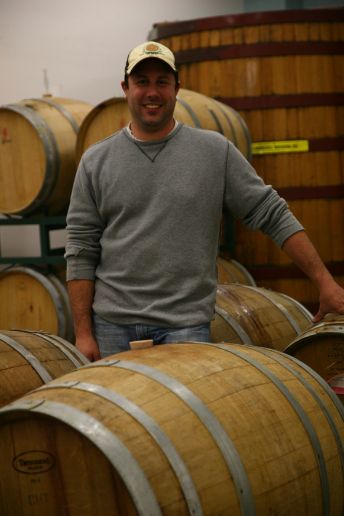 We’ve written often of Captain Lawrence expanding its footprint in Elmsford, taking on extra space from an adjacent building to create its sour ale aging Fermento Funk Facility. (Patent not quite pending, but it should be!) The Captain is also setting up a satellite facility some 20 miles north of its home base, opening up a 1,300 square foot production/consumption site in a revamped Peekskill building along the Hudson. Its working name is Captain Lawrence River Outpost.

The 70,000 square foot building on Charles Point Marina will hold a restaurant, event space, distillery, arcade, bowling alley and other entertainment options, in addition to the CL site. The building held Fleischmann Distillery many decades ago, so there’s some potent potables pedigree there. “We were given the opportunity to build an experimental facility,” says Scott Vaccaro, Captain Lawrence founder. “It was an opportunity we could not pass up.”

The River Outpost is a chance for residents of northern Westchester and the greater lower Hudson Valley, who may not be up for the trip to Elmsford, to sample Captain Lawrence beers on site. The facility will create beers that are unique to that site. Production will be a fraction of what goes on in Elmsford, around a thousand barrels a year. One somewhat overlooked segment of the beer world will get special attention: Lagers, whose extended production process make them relatively rare amidst the craft beer explosion.

Scott says the lagers will go well with the water views. “You can sit on the deck and watch the river go by with a Captain Lawrence beer in your hand,” he says.

The River Outpost is scheduled to open next summer.

Speaking of unique brews, Captain Lawrence is at work on a canned beer. The Effortless Grapefruit IPA will be the historic brew—a new addition to the beer lineup, and the first one in the brewery’s history to reside in a can. Scott has ordered a truckload of cans—that’s 200,000 of the 12-ounce vessels—and is awaiting label artwork approval.

While cans are very much in favor at some craft breweries, Scott says a well made beer tastes great whether it’s been housed in glass or aluminum. But there are a few benefits of canned beer—easier to take to the beach and the golf course, and they do a better job of keeping sunlight off the beer.

The Effortless is a session IPA; at a more modest 4.5% alcohol by volume, it’s well suited for daytime consumption. The Effortless Grapefruit, as the name suggests, features a more citrusy flavor.

“When you’re going with a new type of packaging, you might as well pair it with a unique new beer that’s not available in another format,” Scott says.

And it’s that time of year for the Captain’s decorated sour beers, those tart and tangy brews that the aficionados queue up for. There’s a release party for the Rosso e Marrone, a funky brown ale aged in oak barrels with red wine grapes, October 11. A hundred bucks gets you three hours of sampling sours from a wide range of breweries, food, and four bottles of the Rosso, which won the American sour gold medal at the Great American Beer Fest in 2009.

Captain Lawrence has had something of a stranglehold on the sour ale gold, with the Cuvee de Castleton, Hops and Roses and Barrel Select Gold also winning in subsequent years. All are poised for release this fall.

“We love making sours and we love drinking them too,” says Scott, “especially with friends who appreciate these funky beers as much as we do.”