Sour to the People! 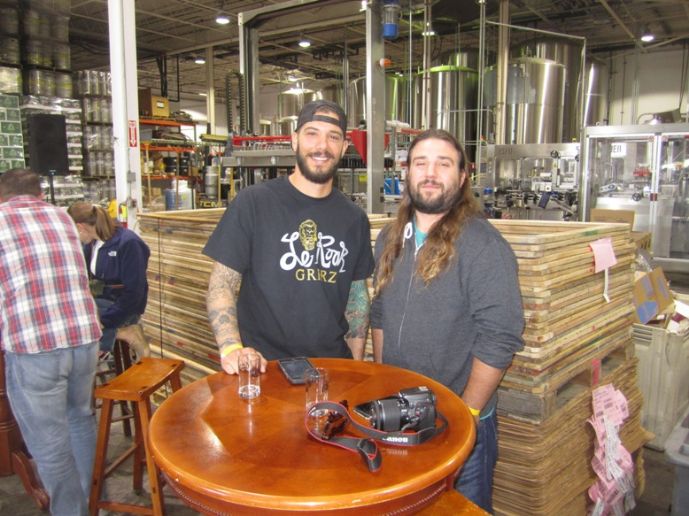 There are fans of Captain Lawrence, who swing by on a mellow weekend afternoon for a sample of the Palate Shifter imperial IPA, the Captain’s Kolsch, the flagship Freshchester Pale Ale. Then there are the superfans, who queue up early for the periodic special bottle releases at the brewery.

On Sunday, a day made more festive by the fetching autumn weather and the three day weekend, it was a special release of the Rosso e Marrone sour ale. Captain Lawrence is well known for its sour ales, and a number of fans of the tart and tangy brews turn up for just about any and every sour release. Joe Giuffre of Bloomingdale, New Jersey and Dan Woodall of Fairlawn, also in the Garden State, got there a little before the doors opened. Dan plans to send one of the four bottles of the Rosso that come with admission to a friend in California, with hopes that some equally special West Coast brew will be headed his way in exchange.

The rest are for him.

Joe and Dan are digging the brown, oak aged Rosso. “There’s some heavy barrel to it, and the grapes really come through,” says Joe. 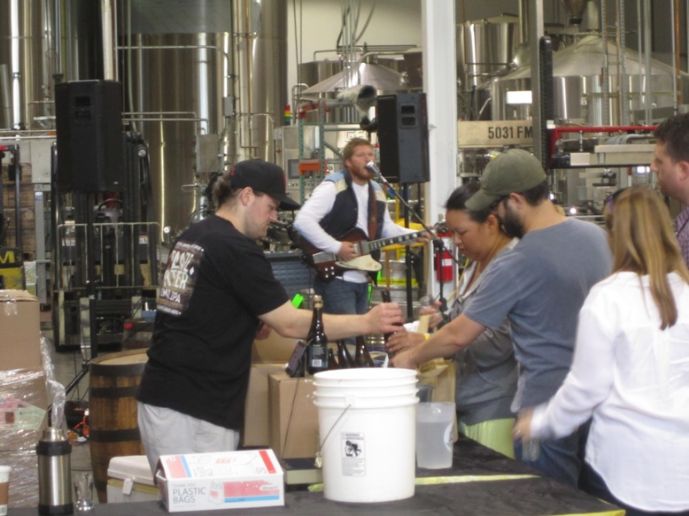 Beermaking troubadour Evan Watson, last seen blowing out the competition (but alas, not making those judges’ chairs spin) on NBC’s The Voice, provides the music with a guitar, kick drum and his soulful vocals. Tom Kamphausen of East Rutherford’s day is all set up: Pick up his four-pack of Rosso, sample sours from other breweries on site—those include Mystic Brewery in Massachusetts, The Bruery of California, Nebraska Brewing in Omaha, and Brooklyn Brewery of, well, Brooklyn–and get home for the Giants versus Niners. Tom’s girlfriend got him into sours, which he describes as “refreshing, drinkable, not overbearing.”

Most of his new Rosso bottles will be shared with the girlfriend over dinner, but Tom will be saving one: “For my birthday in December.”

While the Rosso party is in the cavernous beer production space, the tasting room and patio are open to the public, as they are every Sunday. Alyssa Scholnick and Tom Miller of East Meadow, NY are winding down a lower Hudson Valley, Halloween-themed weekend that included the haunted Horseman’s Hollow in Sleepy Hollow, a production of “The Legend of Sleepy Hollow” at the Old Dutch Church in Pocantico, and a graveyard tour–not to mention lunch at The Oath Craft Beer Sanctuary in Tarrytown. Tom’s lunch was the Oath Burger: patty, fried egg and bacon between a pair of waffles. He smiles and proudly shares a photo. 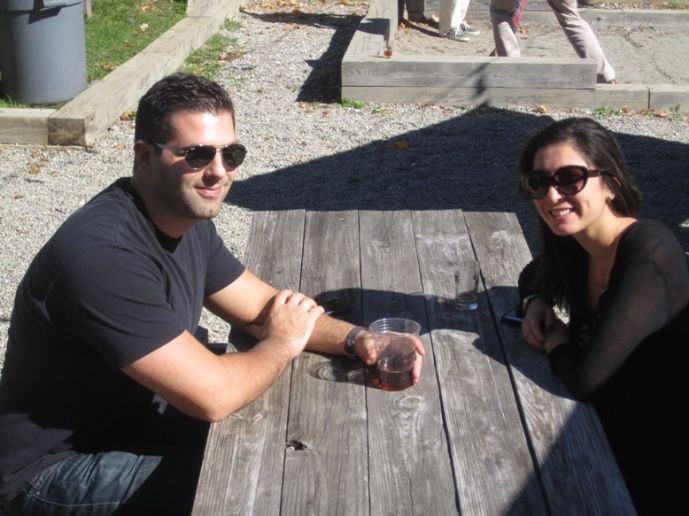 Alyssa has the Pumpkin Ale, while Tom tries the Golden Delicious, a triple ale aged in apple brandy barrels.

“It’s been great fun, and the weather has been really great,” says Alyssa. “I wish they had one of these where we live.”

Back inside, the sour crowd picks up, Watson is rocking away, and Anthony Ferretti samples some of the sours on hand. “I’ve been a fan of Captain Lawrence sour beers for a while,” he says. “I jumped at the opportunity to get some today.” 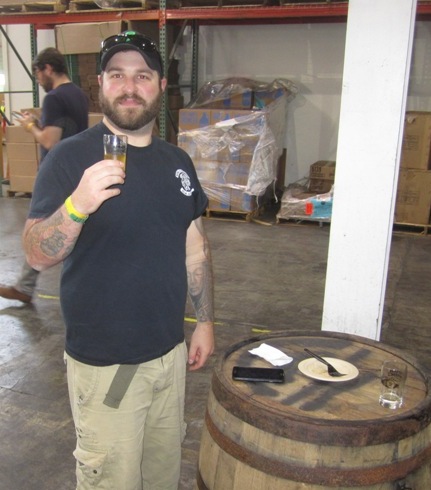 Asked what’s been good, Anthony smiles and replies, “Everything.” That includes a cucumber infused Crops & Roses, a vegetal cousin of the Captain’s own rose hips/hibiscus-flavored Hops & Roses, though Anthony says the Cuvee de Castleton thus far is his favorite.

It’s traditional for the selfless sour fans to ship a bottle or two to a friend who might not be able to find it in their neck of the woods; Anthony says one of his four Rossos is headed to a pal in Maine. “One,” he stresses. “That’s all he’s getting.”

At a nearby table, Joe Giuffre and Dan Woodall take it all in—music, eats, music, beer, abundant goodwill among sour ale fans. “My wife and daughter are at a bridal shower,” says Joe. “I have free range of this place today.”