Fall Back Into a Beer 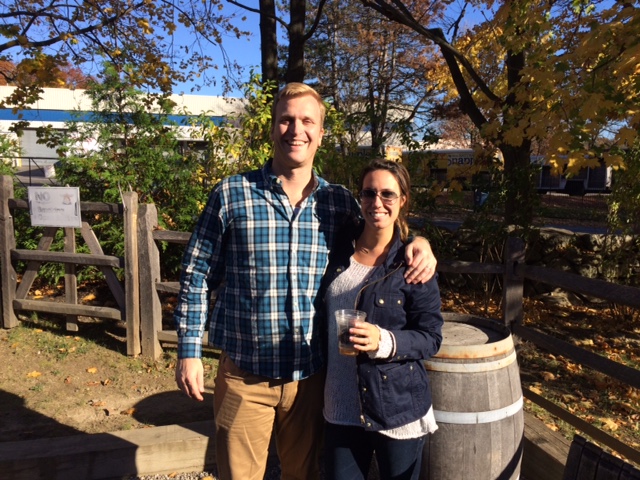 The days may be shorter, but some of them are still pretty darn glorious. There’s nary a cloud in the sky and, while there’s an undeniable feeling of fall in the air, the sun is shining bright on the Captain Lawrence patio. Tory and Matthew Frank of North White Plains were returning an empty keg to the brewery, and ended up sampling craft brews on the patio, and playing a bit of bocce.

He and Tory opted for funky, small-batch brews. Matthew has the Jersey Devil, a smoked wheat IPA with a hint of chili—yes, spicy fatali chili—in the mix. Tory has the Perrone’s Peach, a Belgian-style ale brewed with peaches. “I usually go with pumpkin,” she says. “But this is good. A little sweet, and good.”

Over the summer, the two moved from Manhattan to North White Plains, and recently held a joint housewarming/Halloween bash with a keg of Liquid Gold. Shielding their eyes from the sun, Tory and Mattthew were discussing their carefree weekend days in the city, and the large number of cyclists imbibing on the Captain Lawrence patio. 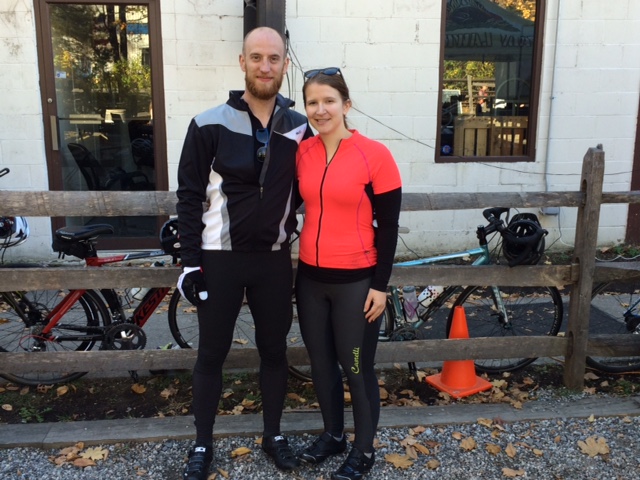 Indeed, it’s just about a perfect day for a long ride with a cold craft brew waiting at the end of the trail. Liz Ladzinski and Corey Crago of Manhattan ventured to the west side of the city, followed the path to the Bronx, and stuck to the old North Central rail trail all the way to Elmsford. Just over two hours later, they’re sampling brews and Cajun chicken wings.

Liz enjoys the Liquid Gold, while Corey has the Somewhat Seasonal, a berlinerweiss brewed with roasted butternut and acorn squash. “I don’t know that I’d have more than one, but I like it,” he says. “Especially after a bike ride.”

As just about every cyclist who’s made the trip to Captain Lawrence says, the beer simply tastes better after a strenuous ride. “No matter how cold it is, you’re hot, you’re sweaty, and it just tastes great,” says Liz. 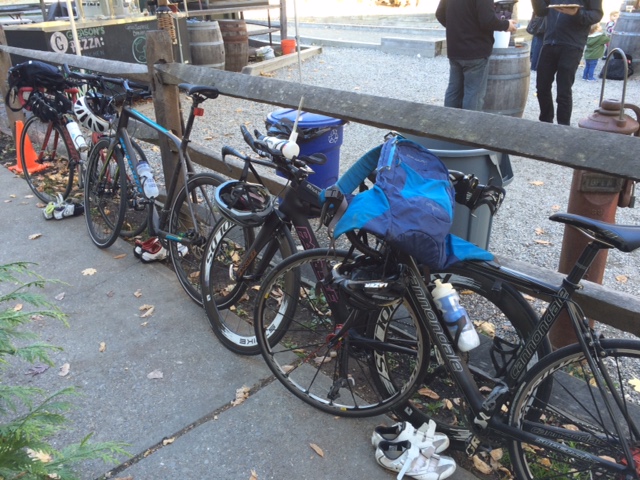 His one suggestion—a larger sign at Captain Lawrence to make it easier to spot from Rte. 9A.

Having turned back the clocks just a week ago, there’s a sense among many on the patio of making the most of the fading daylight on a stunning Sunday. “It seems so early,” says Corey. “But if we don’t hustle, we’re rolling into the city in total darkness.”

Foo Fighters tunes crank from the house speakers, and the Gleason’s guys serve up the wood-fired pizzas. There’s plenty of action inside the tasting room too, but, well, winter will drive all of us in there soon enough. 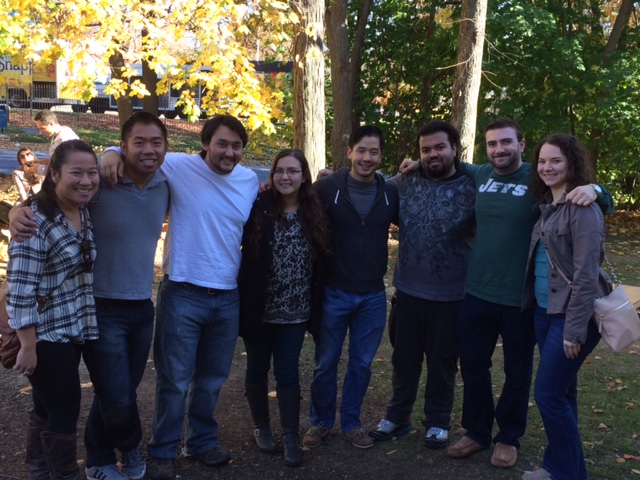 Courtney Eng of Bayside and Kuo Wu of the Bronx toss the cornhole bags as they wait for a big group to arrive. Will it be the Freshchester Pale Ale for Courtney, the Hop Commander, or the Kolsch? That’d be an All of the Above. “I want to try as many as I can,” she says.

Elsewhere on the patio, Andrew Greiner and Caitlin Ratty of Manhattan have deployed a less taxing means of transportation from the city: Metro-North. They’ve met Cara Rothenberg of Sleepy Hollow for a few samples. “I’m shocked we haven’t been here before,” says Andrew, sporting a suddenly stylish Mets cap. 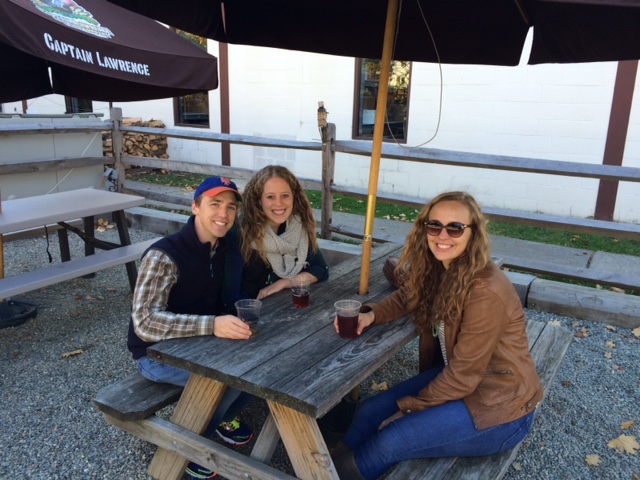 The trio is discussing plans for Caitlin and Andrew’s engagement party—not just an engagement party, but an ugly sweater, “Christmukkah”-themed shindig. Cara and Caitlin, friends since childhood, quaff the Pumpkin Ale, while Andrew has the Somewhat Seasonal. “Tart and funky but I like it,” he says.

Back at the Matthew and Tory Frank camp, it’s one more sample before they head back to their new home. “When the weather is this nice,” says Matthew, “we’re just not ready to go home and sit in the house.”